The Value of Redirection 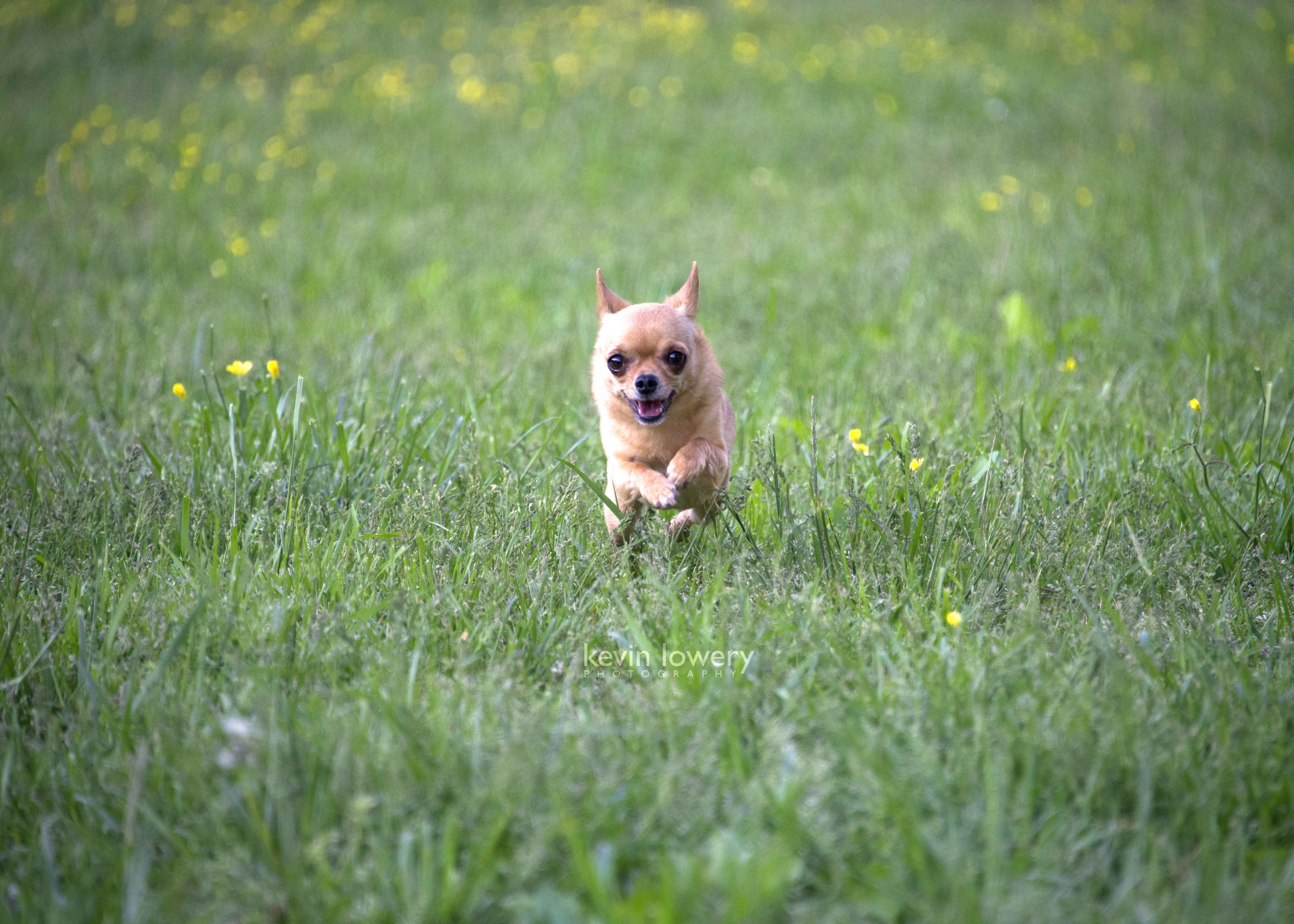 My eight-year old daughter loves school so much that when the last day of school arrived a couple of weeks ago, she and her friends were borderline devastated to face the fact that there would be no regular contact with each other and their beloved teachers for a few months.

We knew from previous years that one of her good friends took the last day of school particularly hard, and that as with dogs, if left unchecked, the other kids would feed off of her sadness and end up as a generally morose lot. So when it fell to me to pick my daughter and several of her friends up after the end-of-year swimming party, I decided that it was crucial to employ some age-old positive dog training techniques on the kids in order to avoid disaster and tears.

My husband and I laugh when we are occasionally reminded the extent to which we raise our daughter similarly to the way I train dogs. While they are obviously different species with different needs, and while I am also well aware of the dangers posed by excessively anthropomorphizing our pets, many of the central themes which define my approach to force-free, reward-based dog training techniques are closely related to what many of us feel are the most effective concepts behind child-rearing as well.

In the case of my daughter and her friends, it was important that I redirect the potential for them to collectively descend into unhappiness about the end of school. Instead of allowing them to discuss and dwell on the negative, I decided to take a few of them on a mini field trip to one of my favorite and most inspiring places: Canine Assistants.

I am a huge supporter of the work done by the countless assistance dog training and placement organizations around the world, and the Victoria Stilwell Foundation was born to help provide financial and training concept assistance to many of them. My affinity, however, for Jennifer Arnold and her staff at Canine Assistants just north of my home in Atlanta, comes not simply from the fact that she and her staff are tremendous, nor from my relative proximity to their headquarters, but from our mutual desire to introduce people to the beauty and effectiveness of reward based training methods.   I was shocked to learn that Canine Assistants is one of the very few assistance dog training organizations which employs positive training techniques on the dogs they work with.   Other organizations tend to use a mixture of techniques including forceful methods, which do little to enhance the human/animal bond essential for an assistance dog/human relationship.  Of course our mutual belief resulted in an immediate close friendship developing between Jennifer and myself as well as multiple trips to their facility by myself and my family.  (You can find out how assistance dogs are positively trained by reading Jennifer’s fascinating book, Through a Dog’s Eyes.)

My daughter is such a big fan that for her eighth birthday earlier this year she requested that instead of gifts, attendees of her party could make donations to Canine Assistants in order to help partially fund the training of one of their amazing dogs. So when I suggested that she might host a few of her friends at their farm after school on the last day, she jumped at the chance. Riding the therapy horses, cuddling with the newest batch of puppies, and running around the property proved a fantastic distraction for the girls, and after just a few short minutes they completely forgot to feel sad about saying goodbye to their teachers and their classmates.

Redirecting focus from a negative or unwanted reaction, whether predicted or already occurring, is an incredibly useful tool to help manage behavior in dogs, too.  Compulsion or forceful training relies on suppressing an unwanted behavior with punishment, resulting in a temporary ‘fix’ along with increased potential for long lasting psychological and physical damage.  Positive or reward based training focuses on teaching the dog an alternative behavior instead of punishment,  allowing the dog to learn valuable coping skills which start with redirection.  Dogs are superb problem solvers and because of their close connection with humans, they tend to look to us for cues to help them in the problem solving process.  We can aid their success by thinking ahead and either avoid situations that trigger negative behavior or create other things for a dog to do where positive behavior is encouraged (exactly like planning an activity for my daughter and her friends when school ended.)   The less an unwanted behavior is rehearsed the less chance it has of being reinforced.

If certain situations are impossible to avoid, then it is vital that you observe your dog carefully and give him something else to focus on in an uncomfortable situation.  For example, if you have a lead reactive dog that lunges at other dogs, people or moving objects as they go past, give your dog an activity to do rather than allow him to focus on something that elicits the negative reaction.  Providing your dog with an activity such as a set of action cues (sit and stay) with food rewards for compliance or playing with your dog’s favorite toy in the presence of the stimulus that exacerbates the negative behavior, will redirect his attention onto doing something more positive, while building up a good feeling with the stimulus.  This is done most effectively before your dog gets to the point where he feels the need to react.  If your dog has a full blown reaction, he is too emotionally involved at that moment to learn and waving a treat or toy in his face will achieve nothing except to frustrate him more and devalue the potency of the motivator.  Redirection is therefore most effective when used before your dog reacts.  If he reacts negatively before you have a chance to redirect him, gentle removal from the situation is the best way to get him into a state where he can learn again.

One of my favorite games that I play with lead reactive dogs is the ‘go find it’ game.  When a dog is in the presence of a stimulus and under his stress threshold limit, it is time to begin the game.  This is done by throwing bits of food onto the ground one after the other and encouraging the dog to ‘go find’.  By stimulating the dog’s seeker system, I am not only raising the levels of dopamine in his brain by stimulating his desire to seek or move towards the food on the ground, but the actual movement towards the motivator redirects the dog’s energy that might otherwise be used for a negative reaction, onto a positive activity.  Some dogs learn much better while moving than having to sit still and focus on a toy or a food reward as the stimulus goes past.  Dopamine is a neurotransmitter that plays a major role in reward-driven learning and helps regulate movement and emotional responses. If a dog is presented with food or a toy before he reaches a high stress level in the presence of a stimulus that scares him, for example, a positive emotional response occurs. There are circuits in your dog’s brain that encourage seeking or hunting behavior and circuits that elicit the fear response. When you present a motivator to your dog you effectively turn on his seeker system and turn off the fear. This is one reason why activities such as the ‘go find it’ game or playing a game of tug is so valuable for leash reactive dogs. Turning on the thinking brain deactivates the emotional center, enhancing the dog’s attentiveness with positive motivation and allowing him to move into a calmer state where learning can take place.  Repetition builds a habit of behavior so that the dog now behaves differently in the presence of a stimulus that previously resulted in a negative response and naturally moves into the redirected action cue or behavior without being promoted.  Redirection helps dogs make better choices.

For dogs that are too stressed to do anything but react, gradual adaption must take place until successful exposure to the stimulus is achieved.  This is done by performing the game or activities at a distance from the stimulus and gradually decreasing that distance as the dog is successful.

My daughter and her friends had a full afternoon of activities at Canine Assistants and came home tired and elated. Whether helping a child feel better about something or a dog overcome emotionally charged situations, redirection is the key to successfully managing behavior as well as an owner’s expectations.

16 thoughts on “The Value of Redirection”