The Truth About Pit Bulls 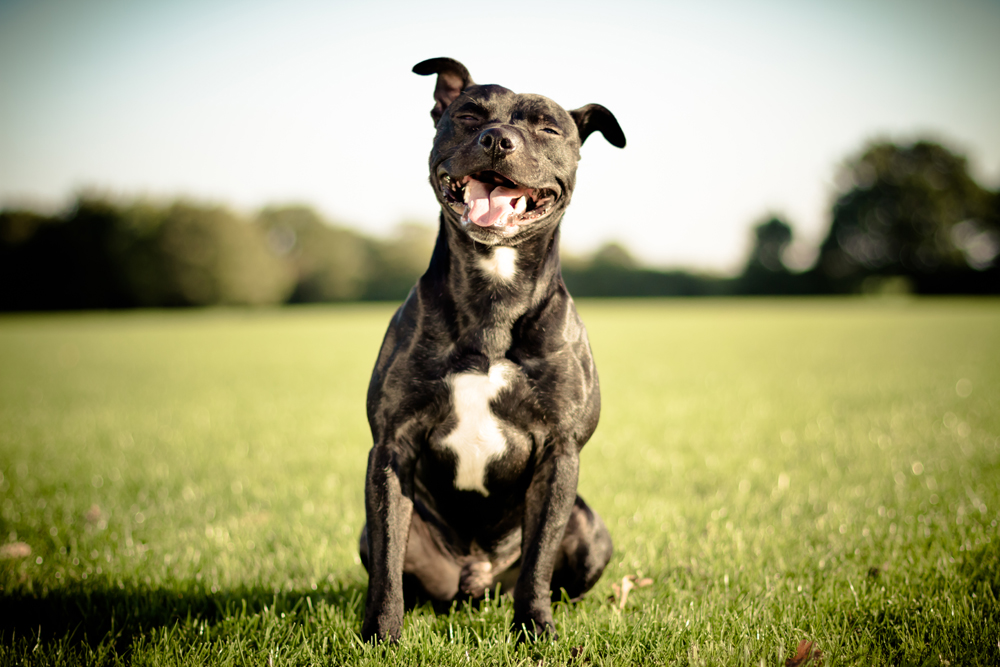 With the amount of fear mongering that exists currently regarding pit bull-type dogs, I feel it's important to publish the truth about these dogs. Although most dogs labeled as pit bulls are actually a mix of different breeds with similar physical characteristics, anything that has the appearance of an American Pitbull Terrier is incorrectly labeled as a pit bull, even when there is no relation to the APT at all. For the purpose of this article, therefore, I will call dogs with similar physical characteristics pit bull types, unless I am referencing the American Pitbull Terrier specifically.

Since I came to the US fifteen years ago, I have worked with American Pitbull Terriers and pit bull types and have treated everything from minor to major behavioral issues in these dogs, including aggression. For the past 3 years I have also been working with my colleague and friend Jim Crosby, canine aggression expert and forensic dog bite investigator, on investigations where people – including children – have been mauled or killed by dogs. Jim Crosby has had his hands on more dangerous dogs and dogs that have killed people than anyone else in the world. There is no one more qualified when it comes to understanding why dogs aggress and why tragic incidents such as human deaths from dogs happen. Yes, some people have been killed by pit bull types and some have been killed by other breeds, but the correlation between the majority of these deaths, regardless of breed or breed type, is owner ignorance, recklessness and irresponsibility. Most of the human deaths from dogs he has investigated over many years could have been prevented if human failure had not been such a significant contributing factor.

My experience therefore qualifies me to write and talk about this breed type more than any journalist or scaremonger out there determined to instill fear. And to be clear, I’m not an American Pitbull Terrier or pit bull type advocate. I’m an advocate for all dogs. I’m also a realist and these are my observations.

Does Breed Type Predict Behavior?
Every dog has their own set of personality traits that make them unique, and it’s impossible to predict a dog’s behavior solely on its breed type, because the way a dog is raised and the environment in which he is raised in has a significant impact on behavior, regardless of breed. So while I do take breed predisposition into account when I’m working with any dog, I never rely on it solely as a predictor of behavior. The myth that all pit bulls are dangerous or 'bred to be violent' is simply not true, but myths like these continue to instill fear in the general public and cause devastating misunderstandings.

Do All Pit Bull Types Have Similar Behavioral Traits?
No. Some have a tendency towards certain behaviors, but not all. Their range of behavior defies any singular label and is as complex and variable as any other breed type, crossing the spectrum from the gentle and even-tempered therapy dog used to help children read more fluently in school programs, to the dog labeled a liability for biting or even causing a human fatality.

Are There Any Accurate Pit Bull Type-Specific Generalizations?
If I had to pick some tendencies and make a few generalization about pit bull types they would be the following:

Do Pit Bull Types Suddenly Explode?
There are countless stories of pit bull type dogs 'suddenly exploding'. This seems to be the common layperson's explanation whenever there has been a bad bite or a fatality, but the actual incidents of true explosive rage in any breed of dog are very rare. Many bites are the result of a combination of environment and circumstance. The signs of discomfort might be subtle and easily misunderstood, ignored, or go unnoticed until they come together in a perfect storm that ends in a bite. Dogs never bite 'out of the blue' or 'for no reason.' There is always a reason for every behavior.

Can People Cause Their Dogs to Bite?
Yes. All too often people get pit bull types and fail to give them the outlets they need, or worse, turn them into loaded weapons. Their ‘gameness’ and desire to please tends to attract the wrong kind of people who use them to enhance personal image and status, or as protection for themselves or their families. Many pit bull types are kept in the yard tethered to a chain their entire lives, causing hyper-reactivity and fear which has on occasion led to disaster. Until authorities take more notice of the other end of the leash and hold people accountable for their dogs’ behavior, the situation will remain the same.

Can the Number of Dog Bites Be Reduced?
The key to reducing the number of dog bites and keeping people safe is not to ban an entire breed, but instead to make all dog owners accountable and responsible for their dogs’ behavior while encouraging them to raise their dogs appropriately. Good socialization and using only positive training methods creates emotionally balanced dogs, a fact that science has proven again and again. Force free training and humane discipline is more effective, less confrontational and therefore safer for any breed of dog.

Mandatory education in all schools to empower children with a clearer understanding of canine body language as well as educating parents and caregivers to be more aware when mixing children and dogs will also keep people safer.

Why Are There So Many Pit Bull Types In Shelters?
In some cities in the United States pit bull type dogs account for half of all dogs that end up in shelters, and the devastating reality is that very few of them make it out alive. All too often, owners have damaged and abandoned these dogs to the point where re-homing becomes impossible, and it’s because of human irresponsibility along with media hype that the pit bull and other bully types are now a breed type many people fear.

Do American Pitbull Terriers and Pit Bull Types Make Safe Family Dogs?
Yes. Any dog that is raised responsibly can be a great family dog including the Pit bull and pit bull type dog, but with a reckless or clueless owner, any breed or type can become an out-of-control liability that ends up either hurting somebody or on a shelter’s euthanasia list.

111 thoughts on “The Truth About Pit Bulls”