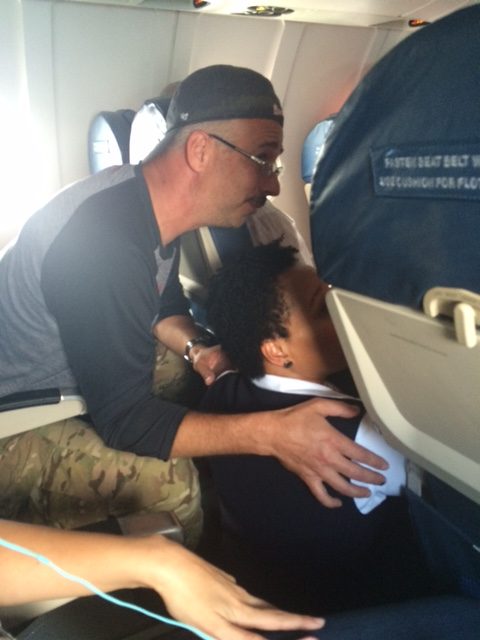 Paul assisting flight attendants trying to keep the man awake while the plane made an emergency landing.

It had been a great trip to Bloomington, Illinois, where we spent 3 days promoting our upcoming "Guardians of the Night" series as well as working hands-on learning how to fight fires with the Illinois Fire Service Institute. Traveling with me was my assistant Alex and one of the Guardians we film with, Sgt. Paul Corso.

We were about halfway through the flight home to Atlanta when Paul noticed that the man across the aisle from him was sweating profusely. He tried to get the man's attention but to no avail as the man slipped into unconsciousness. Paul alerted the two flight attendants on board immediately and the three of them got to work trying to bring the man round, cooling him down and getting him to drink some orange juice. Fortunately there was a doctor on board who made it clear that this was an emergency and medical care was needed immediately.

Paul stayed by the man's side for the rest of the flight and worked with flight attendants to keep him stabilized as the pilot declared an emergency and diverted the plane to Nashville. As soon as we landed, 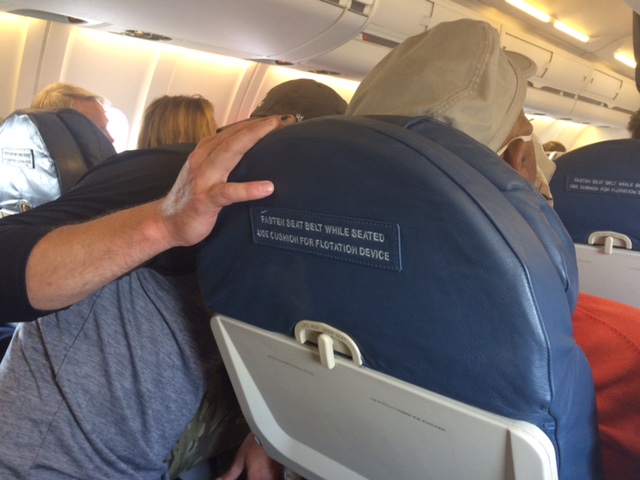 Paul stayed by the man's side for the duration of the flight.

EMS was on scene and got the man safely off the plane and into a waiting ambulance. Although I haven't been able to find out the man's condition, I hope and pray that he has recovered fully.

Our Guardians of the Night are never truly "off-duty," and are always the first to be at the service of others in need. This experience is yet another reason why I have so much respect for first responders. Without Paul, there's no telling what could have happened on that flight.

Click here to see a live video from the scene.