Since last week's episode of It’s Me or the Dog aired in the US featuring Eric and his Presa Canario Caspar, I have been inundated with people asking if Eric listened to my advice and finally had Caspar neutered.   For those of you in other parts of the world who haven’t seen the episode yet, here is a bit of background on the story.   Caspar came from a breeder of Presa Canarios in California and was shipped to Eric in New York State when the pup was eight weeks old.  Eric wanted to own a big powerful dog and was even more excited at the prospect of training that dog for protection, as encouraged by the breeder.  He also wanted to use Caspar as a stud dog – a good way, he had been told, of bringing in some extra cash.  Now I don’t know about you, but I think it’s highly irresponsible for a breeder to sell a jobless eighteen year old boy such a powerful dog for thousands of dollars and encourage him to train it for protection.  But what do they care what I or anyone else thinks for that matter.  Certain breeders are in the business of making money from their pups by selling them to boys like Eric, so that when the pups reach adulthood they can be used as powerful status symbols to compliment the macho image.  Unfortunately for Eric, as Caspar grew, he began exhibiting behavior that was troublesome, including marking in the house, destructive chewing, lunging and barking at other dogs on walks and showing fear aggression to people when they came into his home.  In order to control the behavior and on the advice of some ‘people,’ Eric knew, he put a shock collar on Caspar in order to control his behavior.  Trouble was the shock collar made Caspar even more reactive, especially towards strangers and Eric was worried that his dog was becoming dangerous. 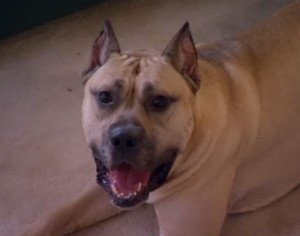 This was about the time I met and worked with Caspar on the show.   I could see that he was on the edge of something very bad and I could also see that it was going to be very hard convincing Eric that using Caspar as a stud dog would just be contributing to the pet overpopulation problem.   Neutering would solve that issue and it might help reduce Caspar’s marking behavior as well.  Eric worked hard on the training, but was worried that Caspar would lose his ‘drive’ if he was castrated.

This blog isn’t about how I helped Eric train Caspar, but is written to illustrate a real problem that people have (and I’m sorry to be sexist here, but statistically the problem is mostly with men) about neutering their pets.   I have a hard time respecting people’s ignorance and denial when evidence is presented by so many studies on the medical and behavioral benefits of neutering.  I am also well aware of the behavioral and medical complications that could arise from neutering too, but feel the pros far outweigh the cons.  The bottom line is that some people are worried that neutering will somehow change their dogs and make them less ‘manly.’  I seriously think that Eric and people like him don’t want to neuter their dogs because not only are they worried how this will look to other people, they themselves will think differently about their dogs if they are castrated.  In their eyes a dog without testicles is no longer the status symbol of macho power that they want. 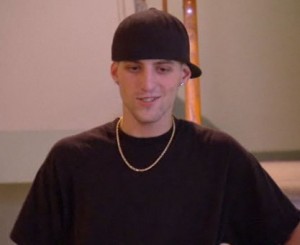 And what about training a big powerful dog for protection work?  What this breeder didn’t seem to care about is that his line of pups happens to have some fear reactivity (and believe me it’s not just how they were raised because genetics plays a part) and that teaching an unconfident dog bite work is like giving a toddler a loaded weapon and encouraging him to play with it with the safety off.  It is only a matter of time before that weapon will go off and the consequences will be dire.  People who get dogs for protection don’t realize how much time and effort it takes to train a dog to do bite work and how much time you have to spend reinforcing the training as well as giving your ‘time bomb’ large amounts of physical exercise and mental stimulation (which of course Caspar wasn’t getting).  It is a recipe for disaster because it’s literally playing with fire and one day you or a member of the public will get burned.

So to all the macho men (and women too sometimes), I just want to say one thing.  Your dog will still be driven, trainable, workable and lovable without his dangly bits.  It’s not you that is getting castrated.  In fact a responsible person who recognizes the importance of neutering both for health, behavioral and over population problems, is a lot more powerful in my book than a boy or a man that needs a big powerful dog to compliment and extend that part of their anatomy that is so obviously lacking.

Tags: It's Me or the Dog, neutering, presa canario, Victoria Stilwell

43 thoughts on “Nevermind the Bollocks”