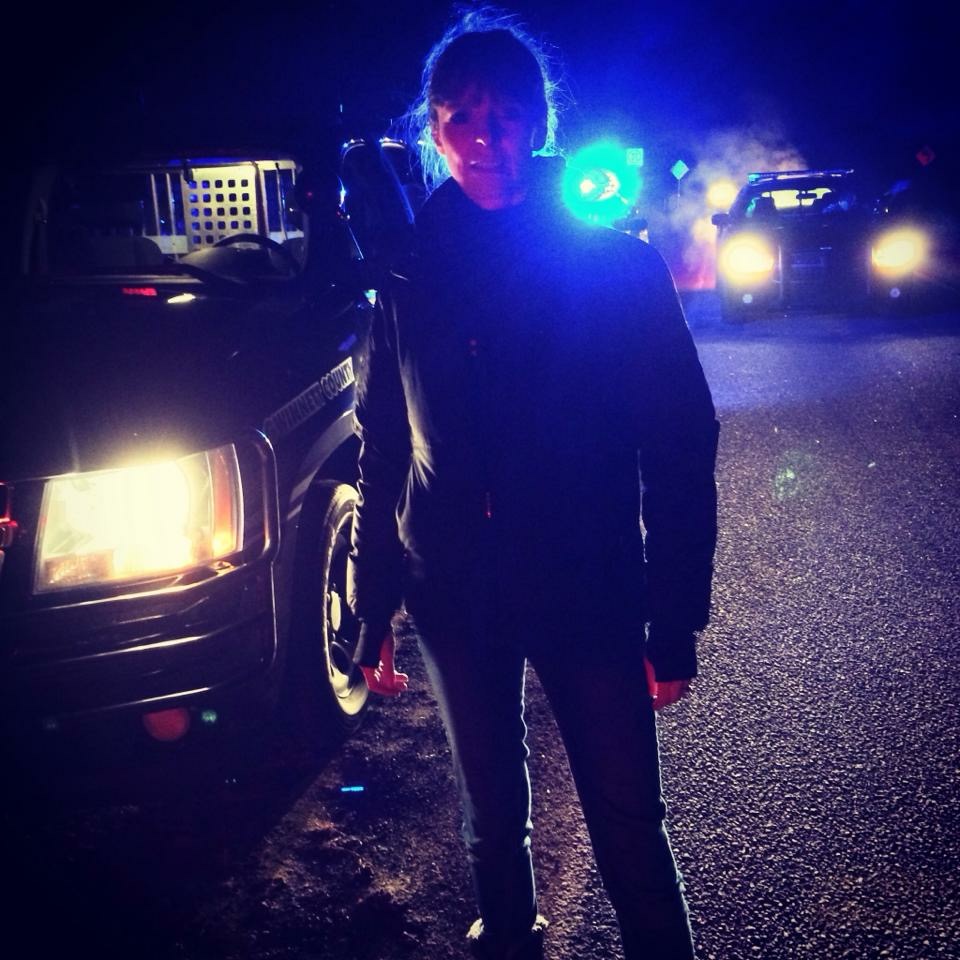 First of all, let me say that I’ve been overwhelmed with the support and well-wishes that I’ve received in the past couple of days from my friends, family, and those of you who have gone out of your way to let me know you’re thinking of me.

As you may have heard via some news outlets and/or Facebook (whether via my feed or some of the other discussions that are out there), I did receive a dog bite on my right thigh from a police dog this past Tuesday during training exercises involving a helicopter. The wounds were significant, and I did go to the hospital a couple of times for treatment. The care I received from was second to none and the work they did patching me up was fantastic – all is healing well without infection. I am still in considerable pain, but I’m off the painkillers and am slowly recovering surrounded by lovely friends and family.

Unlike some other posts and usages of Facebook or the internet, I’m not writing this for me. I’ll be fine and will be back in action as soon as possible.

I’m writing this to clarify the events that led up to the bite and to hopefully re-inject a bit of sanity into the online discussions surrounding the event. Yesterday, while still coming out of the fog of shock and painkilling drugs, I posted a brief message on Facebook which included a bit more of an edge than should have been involved. Really, I should have waited to release this information publicly altogether to avoid the potential for misinformation and giving ammunition to those threatened by my beliefs. But now that it’s out there (due to my own posting), I feel it’s important to clarify and provide a bit more context.

As many of you know, for a few years I have been working with an amazing team of K-9 officers and dogs near my hometown of Atlanta. These guys are the best of the best, and I have nothing but love and respect for them as individuals, friends, and those who protect and serve us all. Much of what we focus on collectively has been an ongoing, dynamic discussion about the state of dog training for high-drive working dogs, especially as it relates to the larger debate over training methods between traditional dominance-based compulsion and aversive techniques vs progressive, science-based positive reinforcement-related training and behavior methods. The guys I work with do not use as much ‘positive training’ (I know this isn’t a scientific term – see this link for a description of what I mean by ‘positive training’) as I do, but they are what I’d call progressive – and, more importantly, they’re open to having an intelligent discussion about whether it’s possible to shift their training more towards the positive side without compromising their dogs’ ability to work successfully in the field.

Working in this field and getting to know these guys and their dogs has been one of the most thrilling, enriching, fascinating, humbling and wonderful experiences of my professional life in the dog behavior field. I love it, love the guys, love the debate, and love the work. I also have huge respect for what they do – we all owe them a huge debt of gratitude, especially these days considering the current environment for law enforcement in the field.

As a result of the growing awareness within the K-9 world of my interest and involvement in this world, I was invited to attend this week’s training event – a sort of ‘continuing education’ event for K-9 units around the country to work their dogs and possibly learn a few new things. I was honored and excited to attend, and, as is the case with a lot of my involvement in this field, I was mostly there to watch and observe. I was not brought in to train, nor to work with any dogs. I knew going in that there would be a lot of handling techniques and philosophies with which I disagree, but I understood the role I was in and had no intention of trying to ‘teach’ the attendees anything. Of course some conversation ensued at various points over the first day and half, as is the case with the units I work with. All good.

One of the exercises the units went through was to get their dogs in and out of an engaged helicopter so that they could get the dogs used to unique environment of being in and around a noisy, windy helicopter for work purposes. I was thrilled to be told that I would be allowed to ride in the helicopter as an observer – I’ve never flown in one and have always wanted to. After a lunch break, I got in the back seats of the helicopter with my small camera. As they fired it up and got the blades rolling, the dog outside was clearly becoming revved up – excited to ‘go to work’ – and prepping for the type of work these dogs are bred and trained to do.

I was not doing any training (behavioral or otherwise) with this dog. Mostly, I was just excited to get to fly in a helicopter! Although the nature of this job means that anyone could potentially be put in potentially dangerous situations at times, I have always felt that safety has always been our guys’ number one priority.

When the dog was finally released to jump into the helicopter, he immediately saw me there and instinctively went in for a bite. He was on for a few seconds and didn’t release until he was pulled off by the handler and another officer.

The dog and handler are an experienced team, and the handler took care to visit me in the hospital to wish me well, which I very much appreciate – even if I was in shock and drugged up so much that I don’t really recall much.

Of course no one wanted this bite to happen, and those involved feel badly about it.

Ultimately, however, while it all happened very quickly, I do feel that the nature of the bite happened in such a way that it would have happened no matter who was sitting in my seat. Again, while I wish this hadn’t happened and feel it could have been avoided, I want to emphasize that I have the utmost respect for those that put their lives on the line to protect our communities.

Since the news of the bite broke publicly, there have been many who have weighed in on the event, some of whom claim to have been present at the training. Much of this has been mischaracterized, so for the sake of clarity, here are a few key details:

As most of you know, I do a great deal of work with dog bite prevention among the pet dog community. A core belief of responsible pet trainers is that if you are training an aggressive pet dog and he bites you, it’s your fault – there are precautions you should have taken, warning signals you should have heeded, and triggers you should have known to avoid. When that happens in the pet dog world, the trainer has failed the dog (and the human client). While I now have a more complete understanding of the mental and physical toll a severe dog bite can have on the victim, this case is a different beast altogether. This was a working dog who, quite simply, is trained to apprehend people. And I have had the incredible learning experience of being on the other end of an apprehension!

As I said above, I thank each of you who has reached out to me in support to wish me a speedy recovery from the bottom of my heart. Sometimes we all use social media like Facebook to vent, to share, and to preach. While my original post on this from yesterday was some of all of those, it also brought out some really nasty responses. I’m a big girl, and I know that being in the public eye via television and other platforms opens me up to criticism from those who disagree with me – in some ways, I even relish it if it means moving the ball further down the field in our understanding of our pets and how they think, feel and learn.

Even so, however, I am sometimes still shocked by the hate and vitriol that can be spewed from some of those who hide behind this digital curtain and hurl insults and venom at those they feel threatened by. The debate about training methods in both the pet dog world and the working dog world is intense. I feel passionately about advancing my beliefs for the sake of dogs who don’t have their own voice. I know that those on the other side feel equally strongly about it, and as long as they engage in the debate respectfully and with a measure of sanity and human decency, I’m good with it.

But when people actively go out of their way to wish harm on you, or to celebrate when truly bad things happen to you, it’s terrible. We all know those people are out there, especially these days. I know they’re there, and I’m thick-skinned enough to not let them bother me and redirect onto more positive things. Some of the responses to my original Facebook post were so truly hateful, I figured it was better to just shut the whole conversation down until we were able to provide more information and arm those interested in positive results with the details they need to combat those that were writing hateful things. In an effort to make something positive out of that part of this experience, I encourage everyone to review the facts and to reconsider their tone and true intent when using social media or digital communication – in this discussion and beyond.

Again, thank you for your kind wishes and support – they mean a lot, and I look forward to continuing to connect with you on this journey moving forward!