Home >> Articles >> How IMOTD Changed Me As a Dog Trainer

We all have dreams. For a long time, my two dreams were to be a good actor and to have the opportunity to make a living as a dog trainer. I was fortunate to have been able to reach both of those goals relatively early in my life, but after a few years of success, a new dream had emerged.

I wanted a bigger platform to share my passion for dog training in order to help reduce the number of unwanted pets being euthanized. Working as a dog trainer in and around New York City, I saw the best and the worst of the dog world. I saw dogs living fully enriched lives with people who wanted the best for their pets and spared no expense in giving it to them. But I also saw a truly disturbing waste of life in the animal shelters of New York on a scale that continues to haunt (and drive) me today.

I had pitched various segments to TV morning shows and other media outlets (the internet was in its relative infancy back then), and I had moderate success getting my message out there. Lightning struck, however, when my pitch to recreate ‘The Supernanny’ in dog households meshed with the plans of that show’s producers, and ‘It’s Me or the Dog’ was born. 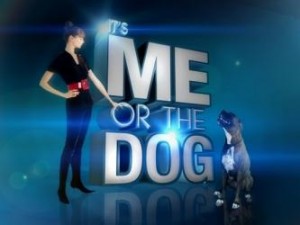 My primary dream had been realized: I finally had the opportunity to share what I knew about dog training with what was then the widest possible audience via a vehicle that had staying power, an enthusiastic production team, and a clear message about responsible pet ownership and the importance of training. This was my ticket towards the thing that every dog trainer I know is driven by: the passion to help save dogs’ lives on a scale larger than I could have hoped for.

The show was a hit (first in the UK, then the US, then worldwide) and I was living my professional dream in more ways than one. In addition to being able to share the skills and knowledge I had accumulated over my dog training career up to that point, I had the unique opportunity of getting to supercharge my continued learning in the field that I loved most: animal behavior.

All good dog trainers are constantly learning. My strong suggestion would be to avoid any dog trainer who says they already know everything they need to know to do their job. One of the driving principles of VSDPT and VSA - the Victoria Stilwell Academy (where we teach both dog owners and people who want to become professional dog trainers) is that everyone – myself included – in the dog training field is always learning new ways to do things, novel approaches to age-old problems, and how the latest advances in the field of behavioral science can be more effectively applied to our work in the field as pet dog trainers.

‘It’s Me or the Dog’ provided me the opportunity to be a recognized dog trainer around the world, and one of the exciting things about that notoriety was that I got to know some of my dog training heroes – some famous, some relatively unknown. I had the unique opportunity to continue my learning by becoming friends with and sharing knowledge directly with some of the very people who had shaped who I was as a dog trainer through books and seminars (there weren’t really dog trainer schools back then).

Like all dog trainers worth their salt, my dog training styles and methods have evolved over the years, including over the many years during which we filmed the 110 episodes of ‘It’s Me or the Dog.’ Many of my early training influences had a decidedly ‘pack theory’-type approach, so some of the earliest episodes were infused with more of that stuff than I am happy with today. And while I was never comfortable with what is now known as ‘traditional’ or compulsion-based training which relied on some level of pain, fear or intimidation, I am very definitely a different dog trainer than I was back in those early days. 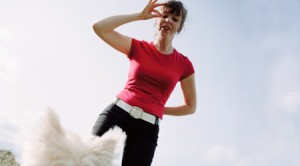 In fact, the entire inspiration for the Positively movement that is the foundation of everything my businesses and TV shows are centered on only came into focus midway through the filming of ‘It’s Me or the Dog.’ It was only after I had fully evolved into more of the type of trainer I am today (no pack theory, true understanding of what dominance is, etc) that it became clear that one of the reasons I was blessed with such a powerful platform was so that I could lend my voice to help lead the charge towards progressive dog training and away from the mistakes our industry had been making in the past. The idea was truly to change dogs’ lives… Positively.

Which brings us to today, when new generations of dog lovers are being introduced to ‘It’s Me or the Dog’ through the successful launch of the new It’s Me or the Dog YouTube channel (youtube.com/itsmeorthedog). The production company controls that channel – not me, so when they began publishing full episodes of the earliest seasons of the show, it was somewhat jarring to see some of my early work but interesting to also see how far the dog training field – including myself – had come since then.

There was a bit of feedback from some who had found their way to me, the Positively brand, and my work in the years since those early episodes were filmed, and they were surprised to see me on screen saying some of the things that I would say quite differently now. There was nothing utterly destructive – no shock collars or massive leash-yanks (I’ve never done that nonsense) – but there were certainly some cringe-worthy moments for a dog trainer like me who so stridently preaches about the power of modern dog training at the direct expense of more outdated, since-disproven tools and methods.

That’s why I’m so excited about the joint venture between me and the production company who runs the YouTube channel where we’re re-releasing some of those early episodes with a “director’s cut”-style commentary by me during the episodes. I’m essentially narrating some behind-the-scenes info about those early episodes while also getting the chance to set the record straight about which training methods have evolved since then – and why. It’s rare that someone on TV has the opportunity not to rewrite history, but at least to comment upon it and explain how they’d do things differently today.

If you haven’t already, I encourage you to check out the channel and to explore some of the newly re-released episodes that feature my commentary. It was fun making the original episodes, but even more fun seeing them reach a whole new audience, especially with my decades-later take on them featured side by side.

Tags: dog training, IMOTD, its me or the dog