Home >> Articles >> Does Your Dog Respect You?

“R-E-S-P-E-C-T, find out what it means to me.” In the film ‘The Blues Brothers,’ Aretha Franklin sings about her need for some respect. The words of the song are as applicable today in human relationships as they were then, but what does the word actually mean? The English Dictionary defines respect as, “a feeling of deep admiration for someone or something, elicited by their abilities, qualities, or achievements.” Indeed there are many people in my life that I respect, in other words, I hold them in high regard and admire them for ‘their “good” and “valuable” qualities.’

I hear a lot of people say how their dogs should respect them, and I understand this need especially if their dogs are misbehaving. There is nothing more aggravating than a dog that doesn’t listen or do what you ask. Lack of respect is disrespectful, but in defense of dogs, I’m not sure if they actually understand what respect is and our human need to be respected by others. Obviously I’m a huge dog lover and I spend my life advocating for the humane treatment of these remarkable animals. I am constantly shining a light on their intelligence and encouraging people to understand their own dog’s wants and needs so they can better serve them. But I think it’s safe to say that even though our dogs are incredibly smart, they do not have the cognitive ability to understand what the human idea of respect means. 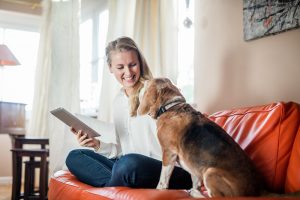 Believing that your dog needs to respect you goes hand in hand with ‘pack leader’ theory. Trainers and people who espouse this theory believe that when dogs misbehave they are doing so out of a lack of respect, and do not see their owners as pack leaders. ‘Chewing clothes or the furniture, jumping up, ignoring commands,’ they say, ‘doesn’t mean that the dog doesn’t love you, but does show that your dog has a lack of respect for you.’ They believe that if, ‘your dog treats you like an equal, you’re not being the pack leader,’ and, ‘only very few dogs are born to want to be in charge.’

Trainers will also tell clients that if their dogs do not respect their rules, it is because they are not sure what their owners want from them. This will encourage their dogs to ‘keep testing you until you actually act like a leader.’ These trainers believe that owners who don’t step in and correct their dogs’ misbehavior, must be afraid that doing so will hurt their dogs’ feelings. ‘It is essential,’ they state, ‘that you become the pack leader in order to gain your dog’s respect!’

I’ve spent twenty years studying and working with all kinds of dogs and I think I know them pretty well, but in twenty years I have never had a dog come up and tell me that it does not respect me for not acting like a pack leader. In fact I think it’s safe to say that no dog on earth has done so and no dog on earth actually thinks like this. So why do people believe they do? Why are dogs so misunderstood? On the one hand people will validate their use of harsh training tools and methods to train dogs because ‘they are just dogs’. If they used these same tools and methods to teach children they would end up in prison. On the other hand they impose the highest form of human cognitive abilities on their dogs by believing their dogs understand the concept of respect. The fix for a lack of respect is to get harsher, to punish the dog even more and to establish themselves as leader of the pack so maybe their dog will show them respect at last!

I’m not saying that dogs do not love us. We know, through study and observation, that dogs have the ability to feel love and look to us to provide them the essential things they need. We provide them with food, water and shelter. We make them comfortable, and most importantly, we make them feel safe. But do you really believe your dog looks at you and thinks, “I truly admire you for your good and valuable qualities and if you just behave like a pack leader then I will respect you.” I‘m sorry to burst your bubble but they’re not thinking that at all. In fact, the relationship between dogs and humans is far simpler.

If you go online and google “does your dog respect you?” you will find pages and pages of websites all telling you the same thing: If you want your dog’s respect, you need to become the pack leader. Why do so many trainers and dog lovers still cling to this belief when there is so much evidence to the contrary?

Media has great influence and various ‘old school’ trainers have been extolling the virtues of this theory, however flawed, for years. I used to believe in it myself because that is how I was taught, but I have evolved since then. Others have not so pack leadership and the need for respect has snaked its way into the public consciousness.

So let’s explore if our dogs truly respect us by looking at what the characteristics of respect are. Respecting someone means understanding how your behavior affects others. (This is called ‘Theory of Mind’ and means you have to have a highly developed cerebral cortex and an advanced cognitive ability to understand how your behavior influences others. Dogs do not have as complex or as advanced a cerebral cortex has humans do, so are unlikely to understand the complexity of human relationships, influences and negotiations.)  It means that you have to follow rules, have good manners and be tolerant and considerate of another’s feelings. It means you should avoid hurting anyone, and should deal peacefully with anger, insults, and disagreements. In the human world, being respected by others teaches us how to be respectful towards others. It allows us to feel safe and to express ourselves. Being disrespected by someone is a really horrible feeling. 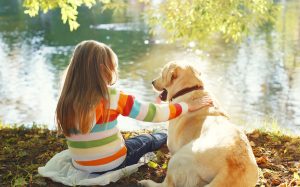 This is a good list of qualities and behaviors to aspire to, but hard for most people to follow all the time. And yes, it would be great if our dogs would adhere to this too, but I’m going out on a limb here to say that I know our dogs do not have the cognitive abilities to understand, utilize or negotiate who and what and how to be respected, when and how to give respect, or have a desire for you to be a pack leader, or for them to take over as pack leader because you’re doing a shitty job. I think the answer is much more simple. Dogs do what they do to feel safe and survive and it’s really hard to do that in a human world that puts so much pressure on them to understand human behavior, complex human social structures and human needs.

Why should misunderstanding this need for respect be a problem? Unfortunately thinking you are being disrespected by anyone will upset you and make you angry, and I have witnessed many dogs being mishandled both in the companion and working dog world because their handlers believe their dogs do not respect them. This encourages disappointment and validates the use of harsh correction. If a dog does not obey a cue, it is seen as disrespectful and the dog will be punished as a result.

So how do we change hearts and minds? How do we move the needle forwards and ensure that the first bits of information people see on Google is the right kind of information? The only thing we can all do is continue demonstrating and educating people about their dog’s behavior. We must keep telling them what is myth and what is fact, what dogs are capable of and what they just cannot do.  We must appreciate how similar they are to us and celebrate their differences.

So let us replace the word ‘respect’ with words such as ‘listen’, ‘connect’, and ‘trust’. When a dog trusts you they are more likely to listen, understand and respond when you want them to do something. And if they don’t, it’s not because of a lack of respect. It is due to a lack of understanding or a break in communication on your part, and rather than punishing your dog because you think he is being disrespectful, you must spend more time teaching and helping him negotiate the human world he lives in.