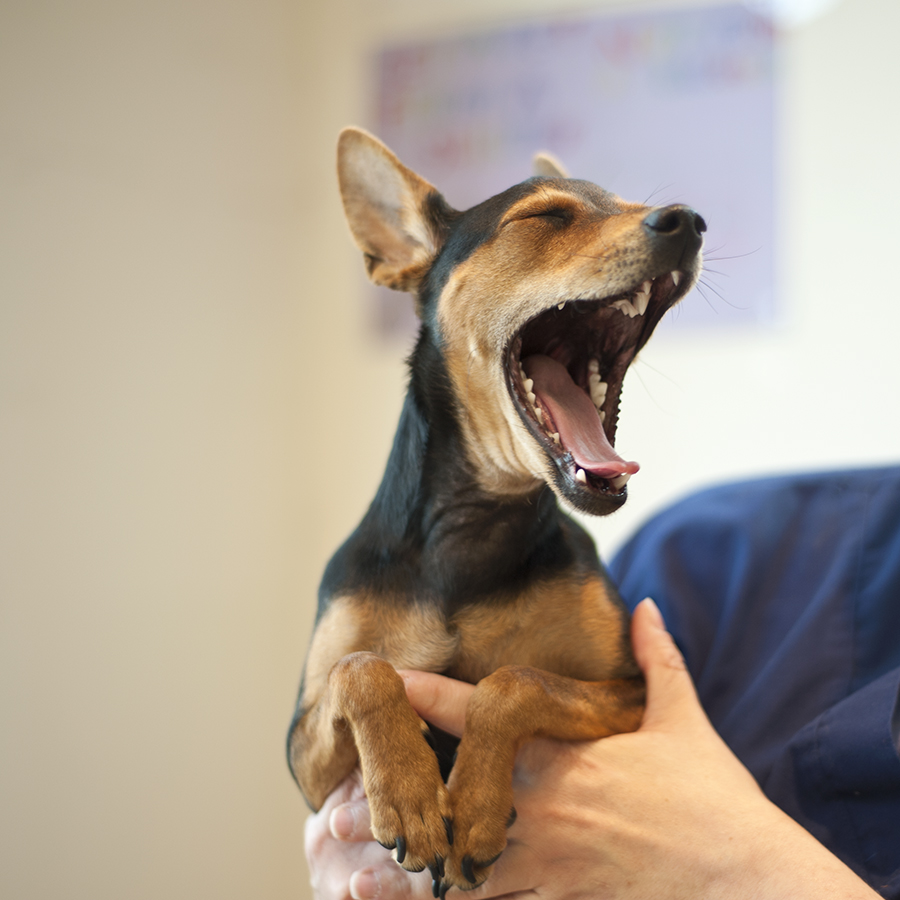 Because dogs don't speak our language, the only way to truly comprehend and communicate with them is for us to understand and appreciate what they are telling us through their body and vocal language. Often, gestures or actions that we assume mean one thing are actually the dog telling us the exact opposite, and determining what that wagging tail or exposed tummy really means can sometimes be the difference between a belly rub and a bite.

Dogs communicate using a complex language of body signals that reflect what they are thinking and feeling. They use these signals consciously and unconsciously to communicate intent and ensure their personal safety by affecting behavior in others.

Appeasement & Displacement
A dog might try to appease another by actively seeking attention via one or more of the following behaviors:

Although much appeasement consists of this active body language, passive submission such as cowering and body freezing seems to be done in response to escalating fear in the presence of a perceived threat. A socially experienced dog receiving these signals will tolerate this language of appeasement and reciprocate with appropriate signals; other less experienced dogs might take advantage of this deference and attempt to control or aggress.

In addition to appeasement, dogs also commonly use displacement signals to avoid confrontation. These body signals are used to provide a distraction – a way of covering up what the dog is actually feeling. Yawning, sniffing, scratching, sneezing, and licking are all active behaviors that keep the dog calm and provide a distraction to refocus the attention of others away from him.

Common Body Language
Any signal that is demonstrated by a particular part of the dog’s body must always be read in the context of whatever other body or vocal language the dog is communicating. Similar signals have different meanings in different situations, so the position of the body and other vocal signals will help you understand a dog’s intent and emotional state.

Stress/Discomfort/Nervousness Language
When dogs are stressed and nervous they exhibit many different kinds of behavior that either help relieve the stress they are feeling or appease a perceived threat. While dogs like humans, yawn when they are tired, they are also much more likely to yawn when they are nervous. Lip licking does not always mean a dog is hungry or has just eaten either, but is a very clear stress signal that is performed when a dog is nervous or experiencing fear.

Appeasement/Deference Language
Deference language is designed to appease a perceived threat, avoid injury and is crucial for survival. If the dog engages in non-threatening behavior this helps deescalate the negative intentions of another animal or human. Most appeasement behavior is extremely submissive with the dog lowering the body, making it appear smaller and less threatening. Socially appropriate dogs will respond positively to this deference while others often take advantage of what they perceive as weakness.

Curious/Anticipatory Language
Dogs are naturally curious animals and the more confident they are, the more they can deal with novelty and change. All dogs will size up any situation to ensure safety using the following language:

Displacement Language
Displacement language helps the dog to self-calm and refocus attention away from them and onto something else. If a perceived or actual threat approaches and the dog is nervous or uncomfortable she will often indulge in behaviors that take the threat’s focus away from what could be a negative intention. The threat’s attention is diverted onto the behavior the dog is doing, like sniffing the ground or scratching and not actually the dog herself. These behaviors are often performed when the dog needs an outlet for their pent up energy or frustration, but can become compulsive if the outlets are not given. Displacement behaviors can result in compulsive behaviors including excessive spinning or licking.

Defensive and Offensive Language
When a dog has to defend herself from an actual or perceived threat she will demonstrate defensive or offensive language in order to keep herself safe. This language manifests itself in behaviors that encourage a threat to keep their distance. If the threat does not back away and the dog has nowhere to go, defensive behavior will turn offensive and the dog will bite.   These behaviors are usually easy to recognize and understand.

Relaxed Language
There is nothing better than being with a happy dog. The body is fluid and relaxed, the mouth is slightly open with tongue hanging to the side and all the signals a dog gives off communicate joy, confidence and a desire to invite play and attention.

What does a wagging tail mean?
Tail wagging is a frequently misinterpreted signal. Most people believe that a wagging tail only means a dog is happy, which of course is often true, but some dogs also wag their tails when aroused, overstimulated and frustrated. You can usually tell the difference by looking at what the rest of the body is doing:

The tail is important for both balance and signaling, which is why the practice of tail docking, or partial removal of a dog’s tail, is so harmful. Because the tail is a prime indicator of mood, dogs with docked tails are unable to communicate properly using that part of their body, which means that other dogs and people miss vital signals.