If you treat fire with fire, you will get burned.

This concept is not rocket science, but it is still science. A study published in the Journal of Applied Animal Behavior concluded that confrontational training methods such as hitting dogs, intimidating them with punitive force and using techniques of restraint like the 'alpha roll' actually do very little to correct dogs' behavior and in fact increase the likelihood that they will be fearful and aggressive.

Behavior is closely linked to and influenced by emotions, so punishing a dog for unwanted behavior while not understanding why the behavior is happening or its emotional effect on the dog only serves to make things worse. Punishments such as leash jerks and collar corrections, hitting, poking, 'nudging,' kicking, hanging by the collar, or using electric shock or spray collars may be effective in suppressing behavior at that moment, but these tools and techniques do little to solve the problem in the long term and can make a dog’s behavior much worse in the future.

The tragedy of punishment-based training techniques is that people are being taught these methods without realizing they are making their dogs more unpredictable and dangerous. Although punishment may bring temporary relief for a frustrated dog owner’s anger, it damages the human-animal bond and leads to mistrust, pain, fear, agitation, and increasing anger as the dog develops a strong negative association with the punisher. Far from treating the underlying motivation of the behavior, punishment almost always actually makes the dog’s insecurity even worse while decreasing the dog’s ability to learn.

Think about the way you learn. When you are emotional, it is difficult to think rationally and clearly, because your 'thinking' brain shuts down. Once you have calmed down, your body allows you to activate the 'thinking' part of your brain again so that you can listen, digest, and learn, which in turn deactivates your emotional brain. The same principles are in play with our dogs. When we treat an aggressive dog with more aggression, not only do we compromise that dog’s ability to learn, but the lasting results from our punitive treatment can range from disappointing to disastrous. 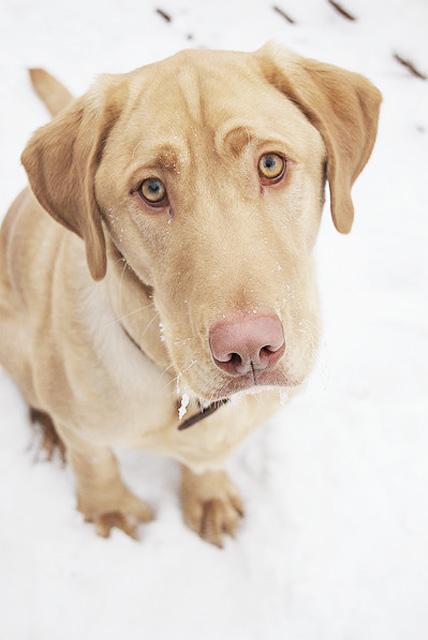 Punishment via Dominance
'Dominance' has become the go-to diagnosis for all kinds of problem behaviors, such as pulling on the leash, jumping up, running through the door first, inappropriate elimination, destruction, barking, attention seeking, resource guarding, failure to respond to a command, and aggression toward animals, other dogs, family members, guests, and strangers.

To curb these behaviors, people are often told by punitive trainers to:

Every one of the above techniques are prime examples of the least effective, most dangerous methods you could possibly employ when working with dogs – especially those exhibiting aggression or anxious behavior. The vast majority of owners and trainers that employ these techniques do so based on the incorrect assumption that the dog is attempting to be 'dominant' – a term that is wildly misunderstood.

Most aggression cases (including so-called 'red-zone' dogs) are not dominance-based issues, but rather stem from insecurity and fear. Therefore, positive training is truly the most effective, safest and most powerful way to change the way a dog feels rather than causing it to 'shut down' due to fear and intimidation.

Since the renaissance of dominance-based punishment techniques in the dog training world over the past decade, too many dogs that have been subjected to a 'professional' rough hand and are now suffering behavioral issues as a result.

No one is saying that punitive training techniques will not stop a dog’s negative behavior at that moment. They often do, and the results can sometimes be achieved very quickly. But at what cost to your dog? At what cost to your relationship? And how long will those results last? Anyone can make a dog do anything through force and claim the 'successful' result as an impressive achievement, but there is nothing heroic, commendable, or reliable about physically or emotionally dominating any animal into compliance.

The beauty of positive training is that you can build a strong bond with your dog and teach harmonious compliance at the same time: the perfect recipe for a successful and fulfilling relationship.

Bottom Line
Ultimately, punishment-based techniques emphasize WHAT NOT TO DO while positive training helps dogs learn and understand WHAT TO DO.

2 thoughts on “Positive vs Punitive”