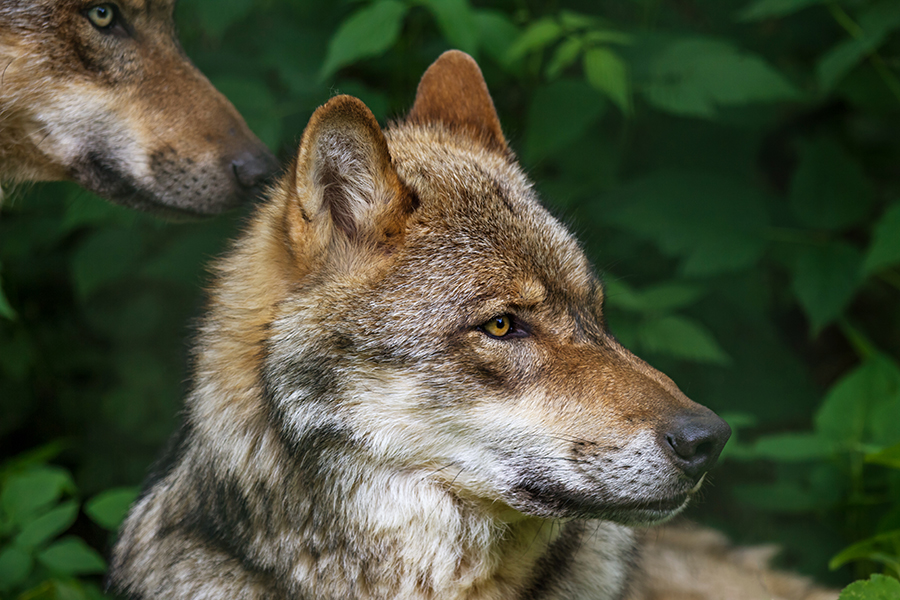 Many people assume that since dogs evolved from their wolf-like ancestors, we can and should easily draw parallels between the two, and use what we see in wolf behavior to help explain how to understand our domesticated dogs.

Even though dogs and wolves are genetically similar, they are separated by at least fifteen thousand years of domestication that has changed them in many important ways. Today’s domestic dog is approximately as genetically similar to the wolf as we humans are to chimpanzees. When you consider the evolutionary and behavioral chasm between chimps and ourselves, it becomes clear that although wolves and dogs share certain physiological and behavioral traits, they are far more different from each other than traditional pack theorists would have you believe.

Dogs are not socialized wolves. Not only has domestication set them apart physiologically, but it has greatly influenced their emotional development as well. The difference in developmental stages between wolves and dogs in early life is acute enough to affect their ability to form social relationships throughout their lives.

Although dogs generalize their social relationships to humans and are good at adapting to changing situations, wolves are very specific about their social attachments and do not adapt well to novelty, even when raised in captivity with or near humans.

So if the captive wolf model has led us down the wrong path, what model should we use to help us understand the dynamics of a modern dog pack?

Observing feral dogs gives us a much more accurate picture of the domestic dog’s social structure than either wild or captive wolf packs. It is more likely that modern domestic dogs are descended from solitary feral dogs that scavenged human garbage for food than from a true familial pack. Scavengers do not need a team to track and bring down prey; they are usually more successful when operating by themselves rather than being reliant on other members of their group to find food.

Thousands of years of separation from the wolf have also altered the social behavior of feral dogs, because they do not stay in fixed family packs. Although the only wolves that mate in a pack are the breeding pair, in the feral dog population mating is unrestricted; it can occur among dogs within a family group or between dogs of different groups.

Bottom Line
Although their similar appearance and genetic proximity to one another make it tempting for us to assume that dogs and wolves behave the same way, they are dissimilar enough to warrant two different, separate studies of their behavioral tendencies.

When we fail to comprehend these differences and misapply behavioral understandings from one to another, it can lead to gross misconceptions. Indeed, the most important distinction we can draw between dogs and wolves is that, other than the fact that they are both animals whose primary natural instinct is to be safe and survive, dogs and wolves learn in very different ways and place contrasting premiums on the value of interaction with other species.
Related Reading:

12 thoughts on “Dogs vs Wolves”