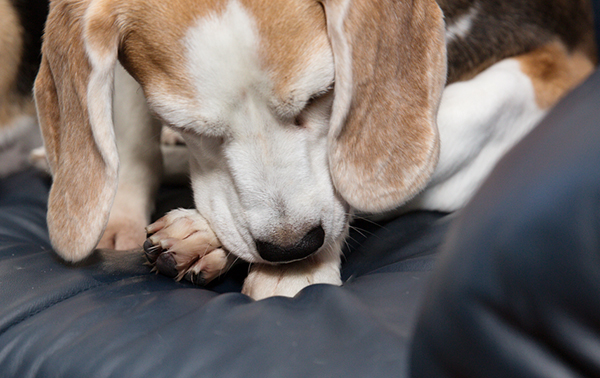 'Flank sucking' is prevalent among larger breeds such as Dobermans and Weimeraners. When nursing puppies are weaned from their mothers, some will still seek out objects they can suck on as a way to self-soothe. This behavior normally disappears when the pup grows, but some dogs continue to suck on their own flanks or objects (such as blankets) into adulthood.

How Can I Stop My Dog from Sucking on His Flank or a Blanket?