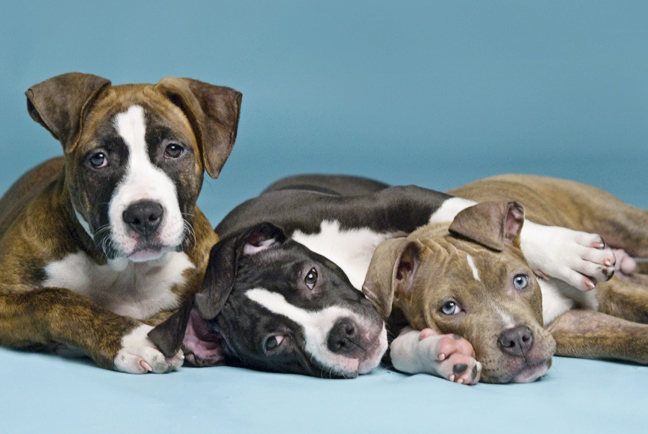 Breed-specific legislation is being proposed and enacted all over the world, and targets so-called 'aggressive breeds.' German Shepherds, Rottweilers, and pit bull type dogs are common victims of this discriminatory and ineffective legislation.

What Are the Alternatives?

In Her Own Words:  Victoria on Breed Specific Legislation:
It continues to confound me that there are still proponents of BSL given both the behavioral science that is now available and the abysmal track record of municipalities that have attempted to curb dog attacks by instituting BSL. We know so much more than we did even 20 years ago about how dogs think, what they feel, how their brains are wired, and what could potentially cause them to aggress.

Regardless, counties, cities and entire countries around the world continue to turn to BSL policies in a desperate attempt to protect their public from the rising number of serious (and sometimes fatal) dog bites. I share this desire to reduce the number of dog attacks. As a mother, my heart breaks every time I hear about another child who has been mauled by the family dog. The key to avoiding these tragedies is not to make owning certain breeds illegal, but rather to ensure that everyone in charge of dogs and/or children is educated about safe practices and never leaves any dog alone with any child.

Simply put, any breed of dog can bite, and any breed of dog can make a perfect family pet. Yes, the bigger and stronger the dog, the more damage it is capable of inflicting, although I have seen horrific footage of bite wounds from small dogs such as Jack Russell Terriers and Chihuahuas as well.

I’ve trained countless Pit Bulls, and have found them to be among the most loyal, intelligent and trainable dogs I’ve worked with. That said, it is indeed possible to turn them into deadly weapons in the wrong hands, just as it is with any breed of dog. Every dog is different, and those differences are not due to the breed of the dog, but rather to the individual dog’s breeding and the environment in which it has been raised. Using aggression, intimidation and forced submission on a fearful, unconfident dog is like treating fire with fire, as the dog’s issues are often merely suppressed rather than treated and resolved effectively. In the majority of cases, dogs that are confiscated due to BSL are inhumanely warehoused and dealt with using this confrontational approach, which often creates the very problems the law was attempting to avoid.

So if we are not going to ban certain breeds, what is the solution to reducing the number of dangerous dogs?

I encourage you to use the facts about BSL, pit bulls, and dog safety on this site to arm yourself with information and join the fight against this discriminatory legislation.

The Truth About Pit Bulls