I’m not a politician, and I have never claimed to be interested in or able to comprehend what I’m sure are the delicate intricacies of how to create and enforce effective legislation.  I’m not big on telling people what they want to hear just for the sake of a few egos, and no one has ever accused me of being too soft on those I don’t necessarily agree with. 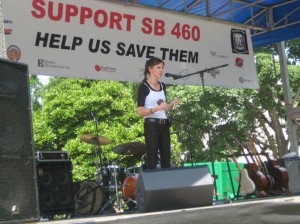 What I do know about is common sense, and as disinterested in politics as I may be, I get pretty passionate about injustice and cruelty, especially towards those who can’t protect themselves.  Child abuse is the most heinous crime I can think of, and nothing will ever compare with my outright loathing of those who are guilty of it.  Abuse against helpless animals is pretty far down the same road as child abuse, though, as far as I’m concerned.  In fact, much has been made lately of the link between animal abuse as a very common precursor to human-on-human (including children) crime.

That’s why I literally fail to understand how any decent, moral self-respecting human being can oppose efforts to curb the horrific and cruel practice of puppy mills.  Other than psychotic, neurologically damaged killers I honestly can’t think of anyone I know who would prefer that puppy mills stay in business and be allowed to profit and thrive off the misery and pain of dogs.

But I guess I don’t know enough people or have severely misjudged the humane tendencies of human beings at large, because somehow, there are still those who oppose puppy mill reform to the point where they go out of their way to ensure that no new laws are passed to protect dogs from this form of cruelty.  That’s exactly what happened recently in North Carolina, where a perfectly reasonable (and actually somewhat watered-down) puppy mill reform bill was summarily killed by the state legislative process due to mindboggling, astoundingly stringent opposition from a few powerful lobbying groups.

The bill was designed to "eliminate abusive practices and provide for the humane care and treatment of dogs and puppies by establishing standards for their care at commercial breeding operations."  That’s it.  Basically, it would have made sure that any breeding facility that had 15 or more breeding bitches and 30 or more puppies was subject to state regulation, licensing, oversight and humane practice requirements by the state.   And some people thought that that was a bad idea worth fighting against.  Unbelievable. 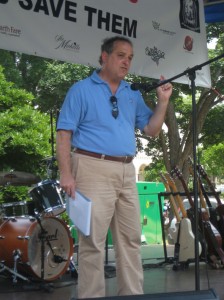 Now I don’t have any problem with respectable breeders who breed for the love of their particular breed and are concerned about raising puppies in the best possible way, maintaining a full regard for all their dogs’ mental and physical well-being.  While I can’t imagine why I would ever go to a breeder to get a new dog when there are so many wonderful pets waiting to be adopted in shelters (most of whom had originally come from puppy mills or breeders, by the way), I understand those that do, and don’t look down upon them at all.  What I do have a problem with are people who go out of their way to actively oppose efforts to ensure the well-being of domesticated dogs.

The North Carolina puppy mill bill (SB460) was killed before it could get to a vote because several lobbying groups brought their considerable power to bear on those who were trying to pass the bill and save dogs’ lives.  The groups who have proudly announced their opposition to and relish their role in the ultimate defeat (for now) of the bill include the National Rifle Association and (amazingly) the North Carolina Pork Council.  PORK!!!??!!  RIFLES??!!!?

Now I can tell you that I enjoy eating bacon as much as the next girl from time to time, and a good hearty debate about the right to bear arms is what Americans’ right to free speech is all about, but I’m not going to get into that now because it’s not relevant to a blog post about puppy mills.

OH WAIT…  Pork and guns ARE suddenly a part of the discussion about puppy mills, because amazingly those who lobby on behalf of pork and guns have thrust themselves into the debate and (for some completely inexplicable reason) decided that a bill designed to curb abuses against dogs in puppy mills is a threat to those they represent (pork farmers and fans of guns).  I may not be a genius, but I like to think I have decent head on my shoulders, and still I just don’t understand this. 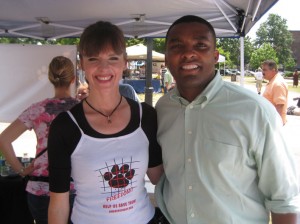 The NRA and the Pork Council have gone so far as to actually say that they have more of a problem with those who sponsor the bill than the bill itself.  So basically they’re willing to let their fear of those in support of the bill dictate their stance on whether or not they’re ok letting dogs languish in abject misery in puppy mills.   The NRA want to protect the rights of hobby breeders, especially those that breed sporting hounds, while the Pork Council believe that the main goal of this bill’s backers is not so much about puppies but is actually a more sinister plot to eventually force the entire country to stop ever eating meat again!  Brilliant.

All I can think is that these groups feel that a simple bill to crack down on puppy mills is somehow an assault on their way of life.  I can’t see how that could ever be the case, and I don’t think that makes any sense, but it’s the only explanation I can come up with for why they would obstruct laws opposing puppy mills.  Unless they really do just hate puppies.

I don’t think there’s a group in the world that I agree with 100% of the time on 100% of the issues.  I’m sure the Pork Council and the NRA have played some roles in making the world a better place from time to time, but on this issue, they’re dead wrong, and this time they’re exposing their willingness to put themselves, their greed and their egos ahead of the well being of defenseless domesticated animals.  These aren’t chickens, pigs, cows or even fish (and yes, I do believe all animals should be treated better even if they are being bred for their meat) – these are pet dogs and if we can’t come together to try and protect them, then what next?

Amazingly, even the American Kennel Club has voiced strong opposition to puppy mill bills in the past, presumably fearing that the more stringent laws on puppy farmers will trickle down to their registered breeders as well, causing them to be subject to stricter licensing and humane treatment laws.  They might also be worried that less breeders will be paying to register their puppies via the AKC which would mean less money for the AKC.  And here’s silly old me thinking that kennel clubs in general were organizations that were designed to put dogs’ well-being first.  If a registered breeder is doing what they’re supposed to, I don’t see why more oversight would be a problem for the AKC or its breeders.  If you’ve got nothing to hide, then you’ve got no problem showing what you’ve got.  If anything, more oversight would help the legitimate breeders, as they would have official status and stamps of approval as humane breeders.

The bill’s opponents also say there are already laws on the books in North Carolina that deal with the issue of animal abuse and puppy mills.  Hmmmm.  I guess they missed the fact that the current bill was inspired from the recent rescue of 300 dogs from a North Carolina puppy mill.  The current stuff’s not working, Einstein.

So here’s an idea:  why don’t the NRA and Pork Council bring their considerable power to the table on behalf of pet dogs in puppy mills and find a way to give whatever legislation currently exists the teeth it needs to identify bad breeders and hold them accountable?

That’s an honest challenge to those opposed to puppy mill reform:  you fix the puppy mill problem however you want, so long as the following issues are resolved including:

You opponents of puppy mill legislation come up with your own solution to the above problems that don’t conflict with your love of pork chops and shotguns, and you’ll be absolved.  If you don’t, though, we’ll know where you stand:  you’re ok with abuse to puppies and dogs.  It really couldn’t be any simpler than that.

96 thoughts on “Hooray for Puppy Mills!!”