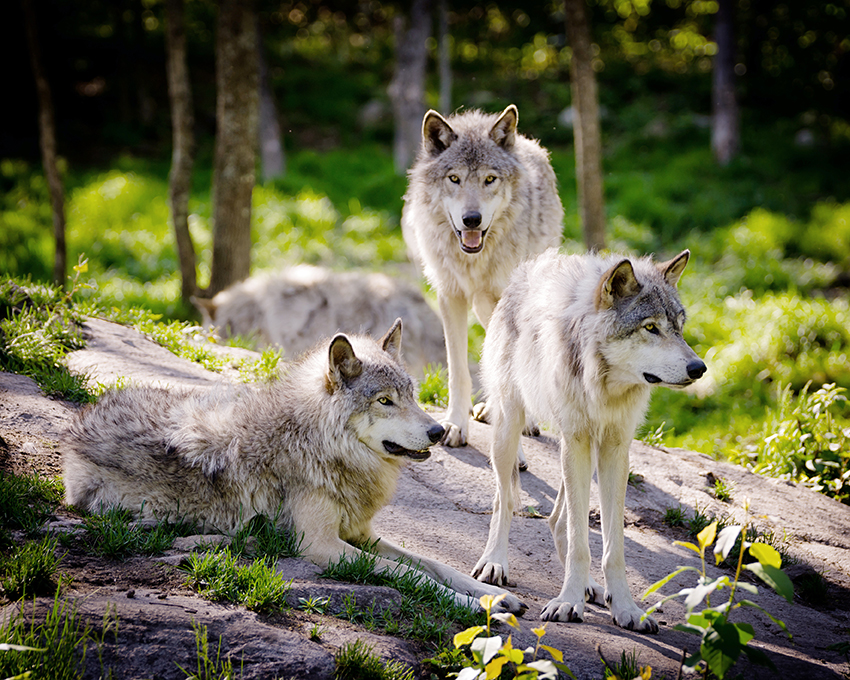 Do you really need to be the 'Pack Leader' to your dogs?

First of all, that is impossible, since your dogs know perfectly well that you are not, in fact, a dog. But even if you were, the whole concept of 'pack leadership' in domestic dogs as it is commonly understood has long been dismissed by trainers, veterinarians, veterinary behaviorists and modern behavioral science.

Do we need to provide leadership and guidance for our dogs? Of course.

Do we need to force them to be 'submissive' to us and view us as a 'dominant' figure in their lives to suppress their supposed natural instinct to take over our relationships, our households and our world? No.

The History of Pack Theory
The dangerous but common misunderstanding about the concept of dominance and pack theory in the dog world is based in large part on research collected from studies performed on a pack of unrelated, captive wolves in the 1970s. The results of these early studies suggested that there was a rigid hierarchy in which 'alphas' (leaders) had priority access to resources, forcefully maintaining the group structure through displays of aggression to others.

Because dogs were believed to have descended from wolves, it was then assumed that similar social groupings and violent 'pack' dynamics must therefore exist among domestic dogs as well. What is more, the formation of these dog packs was supposedly based on the desire or drive of certain dogs to be the alpha or top dog of the group, and the resulting hierarchy was based on competitive success.

This theory became so popular that despite the obvious (and very important) fact that dogs and wolves are separated by thousands of years of evolution and that dogs and humans are completely different species, the concept was attributed to explain not only the social interactions between dogs, but also between people and dogs and how dogs should be trained.

But dogs are not wolves, and even if they were, those captive wolf studies have since been renounced by the very scientists who performed them and drew their original conclusions.

What is a True 'Pack'?
More recent scientific research has concluded that in the wild a true natural pack is actually composed of a mother and father and their offspring. This pack survives rather like a human family, in which the parents take the leadership roles and the children follow. In a natural pack, harmony is created because deference behaviors are offered freely by the younger wolves rather than being forced onto them by their parents.

The original study’s results were also skewed by the observation of subjects that were under severe stress because they were forced to live as captives with other unrelated wolves in an unnatural environment, unable to behave as they normally would in a natural familial pack.

The researchers mistakenly used their own human interpretations to conclude that the wolves were constantly driven by a desire to seek status over one another. Trouble is, no one really questioned at that point whether wolves really understood or shared our human concept of seeking status as a 'rank reduction' process.

It is more likely that for these captive wolves, the issue of rank was actually driven by something far simpler: the need for safety, survival and reproductive success. Was it safe to gain access to a particular resource from another wolf or not? Acquiring a resource safely would ensure survival, so although some wolves figured out how to hold onto their resources by challenging others and defending themselves, other wolves learned to ensure their survival by showing deference.

Mech’s researchers were observing a dysfunctional group of wolves that were using threat and deference displays in order to seek safety and survive within their unnatural captive group. This was not a true pack which functions on deference displays rather than violence.

Unfortunately, these truths regarding the concepts of dominance, submission, and rank hierarchy have only recently been accurately understood. Because the results of those early behavioral studies were misinterpreted and important aspects of dominance misunderstood, dog trainers began assuming that these supposed facts about captive wolf behavior could be neatly transferred into a box labeled 'dog behavior.'

Bottom Line
The concept of 'pack theory' as it is commonly understood by many today is fundamentally flawed for several key reasons:

Should we be leaders and help guide our dogs to make the right choices as much as possible? Absolutely!

Is it even possible for us to pretend that we are 'pack leaders?' No. We are not dogs and therefore cannot be part of a dog pack, captive or otherwise and we should no longer treat dogs with violence like the captive wolves did to each other in those long ago studies. If we want to be true leaders, we must lead non-violently without domination or intimidation, regardless of dog breed, drive or behavior issue.