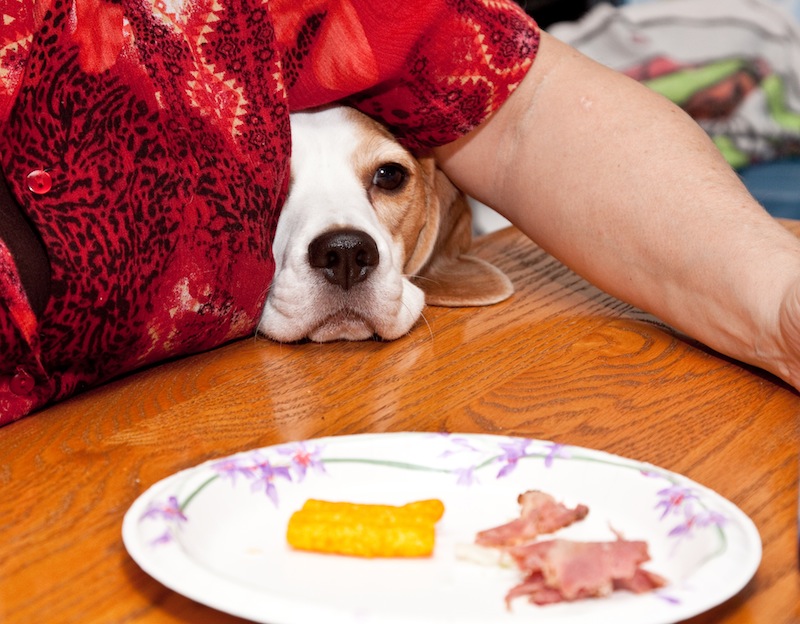 Begging at the table is a common complaint, yet many people consistently reinforce this unwanted behavior by feeding their dogs from the table. The good news is that this is almost always a completely human-initiated problem, and therefore you also have the power to regain control of the situation.

Some people incorrectly assume that begging is nothing more than a harmless – if slightly annoying – behavior that borders on 'cute' in certain cases. But the reality is that like so many aspects of successful positive dog training, allowing minor (or major) begging behavior to continue unabated can lead to more serious issues which can be much more difficult to overcome.

How Can I Stop My Dog From Begging at the Table?