The 'leave it' cue teaches your dog an invaluable lesson in impulse control that can be useful in many situations. The 'it' in question might be food that has fallen on the floor, something your dog picks up on a walk, another dog, or even a child.

Like the recall this is an important safety cue and should be taught as soon as your new puppy or dog joins your family. This cue teaches your dog to take his nose away from something but not to release something from his mouth. If you want your dog to drop something, the “drop it” cue should be given.

STAGE THREE
Now that you have built up an association with the word and the action, you can make it harder for your dog. 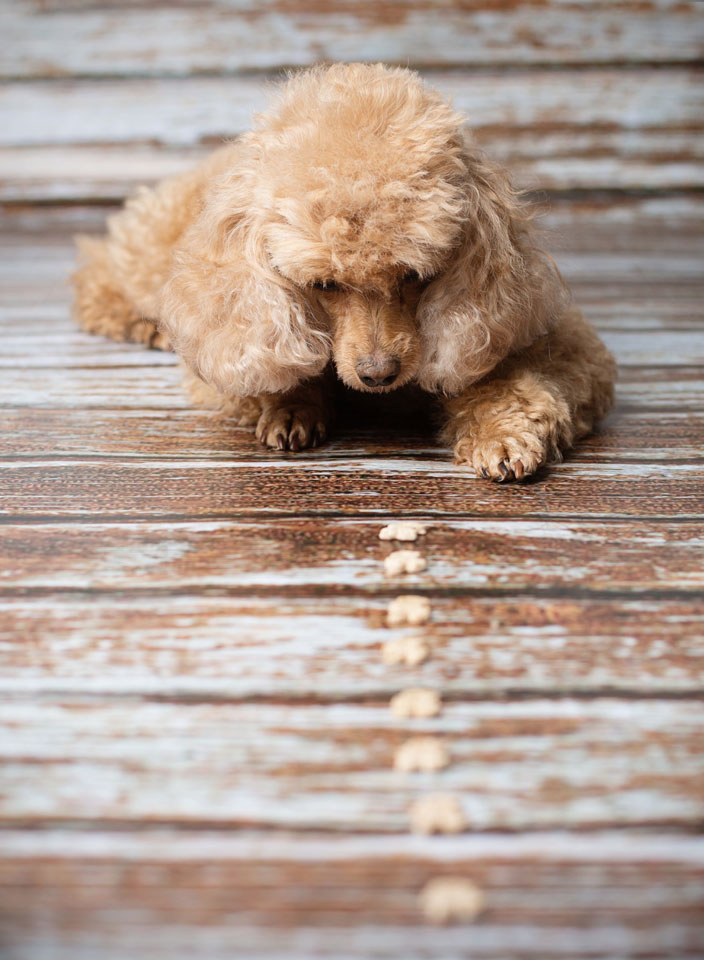 STAGE FOUR
Up the ante by making it even harder for your dog.

STAGE SIX
Keep repeating the exercise by placing other objects on the floor – preferably the types of things you want him to leave alone. Once your dog is doing well with this cue inside the home, you can start to use it outside.

Troubleshooting:
Problem: My dog will respond in the home but he doesn’t listen to me outside.

Solution: Up the value of his reward outside so that it is almost impossible for him to ignore you. More distractions means other things to focus on but if are holding the jackpot reward then he will respond more reliably.

Why does my dog need to know this?
The leave it cue could literally save your dog’s life. You can use this cue to prevent your dog from picking up and ingesting trash from the streets as well as preventing her making contact with another dog or person.

Tags: basic cues, impulse control, leave it, leave it cue, teach your dog to leave it

8 thoughts on “Leave It”

How To Get Your Dog To Enjoy The Crate