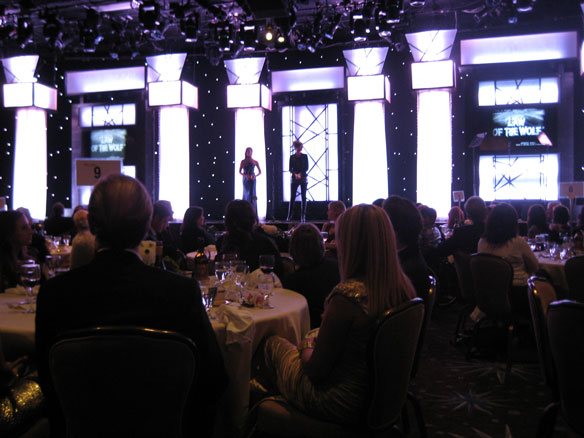 What a amazing night!

I knew it would be powerful, I knew I would shed some tears, and I knew it would be emotional.  But I don’t think any of us who attended the American Humane Association’s first annual Hero Dog Awards were prepared for just how special this event would be.

The Hero Dog Awards were created to celebrate the unbelievable work being done by dogs that regularly go above and beyond for their owners or others.  Nominations were open to the public for several months, followed by a period where both the general public as well as a list of celebrity judges  voted on winners from each of the eight categories.  Those eight finalists and their people came to Los Angeles this past weekend for a magical couple of days, and they led the procession down the red carpet on Saturday night, wowing both the media assembled at the event and those of us lucky enough to meet them in person during the awards ceremony at the Beverly Hilton. 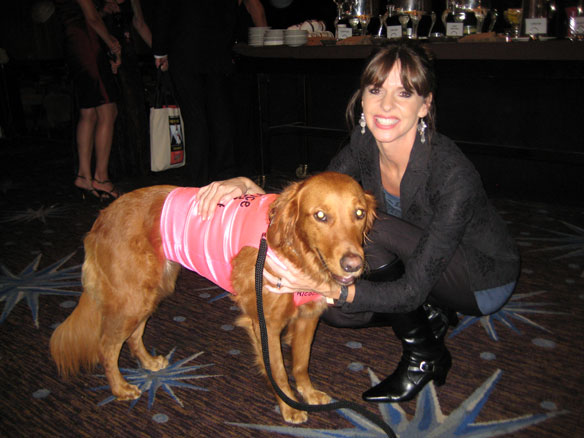 As a National Ambassador for American Humane and one of the celebrity judges for the awards, I had read all of their amazing stories and was well aware of what made them heroes for all of us.  But to see these wonderful dogs in person was something I’ll always treasure.  From Ricochet, the dog who surfs with disabled people, to Bino, a retired military dog responsible for training entire generations of other hero dogs, every animal there deserved to win the grand prize – the title of American Hero Dog and a $10,000 donation to the charity of their owner’s choice. 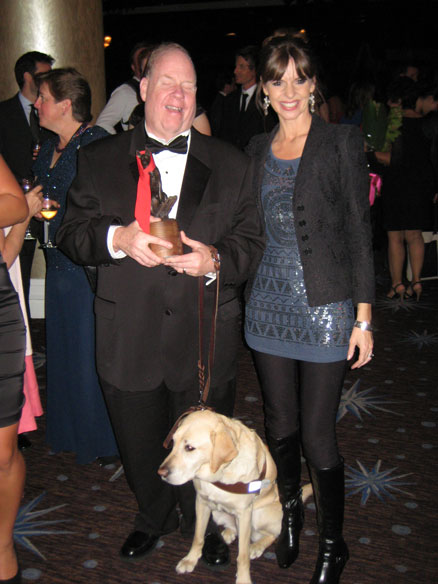 With Michael Hingson, whose late guide dog Roselle helped him escape from the collapsing World Trade Center on 9/11.

Last year I created the Victoria Stilwell Foundation, a charitable entity dedicated to providing support for canine assistance organizations.  The inspiration for my foundation was watching the amazing work being done by therapy dogs in the family assistance center after the 9/11 terrorist attacks in New York.  The motto for the foundation is “Helping dogs help people”, so while each dog there was equally deserving,  I was thrilled when Roselle ended up winning the award.

Roselle, who passed away earlier this year, was a guide dog for a blind man named Michael Hingson.  At work in the World Trade Center on the 78th floor of Tower One that fateful morning, Roselle calmly led Michael owner down 1463 stairs and through the streets of New York while debris from the falling towers fell all around them.  I had the honor of meeting Michael this weekend, as well as most of the other nominees.  To see their filmed stories and watch them work with their owners in person was truly an honor, and as I mentioned while presenting the Legacy Award to the legendary Rin Tin Tin, the whole evening made me want to hurry home and hug my own two hero dogs.

I know I’m not alone in thinking that all of our dogs are hero dogs in their own way.  So while this weekend was truly special and one that I won’t ever forget, I couldn't wait to get home to Jasmine and Sadie, give them big hugs and thank them for all they do for our family.

Be sure to tune in to the national broadcast of last night’s ceremony on the Hallmark Channel on November 11.

Check out my photo gallery from the Hero Dog Awards here.

3 thoughts on “The Hero Dog Awards – A Magical Evening”

Is the dog in your home a genius and are some dogs smarter than others? Adam Miklosi, ethologist and founder of the Family Dog...