Its Me Or The Dog started in late 2004 and began airing on Channel 4 in the spring of 2005. Social media did not exist then and the only way people could voice their opinions was in print, on TV, radio and via email. When I first started filming the show I had my email address on my website, and when I finished filming in 2013, Facebook was just becoming popular. Since then, social media has become a very important way to spread my mission which is to, ‘Change Dog’s Lives Positively’. 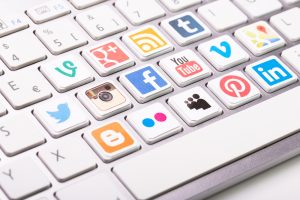 Although I have a lot of support, there are some people that have criticized what I do and have voiced their opinions to me over the years. The emails I received when It’s Me Or The Dog first hit TV screens were overwhelmingly supportive. The night the first episode aired, the phones at Ricochet productions, the production company that made the show, rang off the hook. Production staff came into work the next morning to find over 500 emails and phone messages waiting for them from viewers wanting me to help with their dogs. I also received hundreds of emails via my website, and even though some people criticized what I did, they did so in a constructive manner that was sometimes really helpful. When you are in the midst of filming a television show, working 14 hour days, writing a book, doing media appearances and trying to raise a family, it is hard to get a good and fresh perspective on what you are doing. And so I found some of the emails that gave me constructive criticism really helpful, and took their advice on board.

Then the Benji episode aired. Benji was a black cocker spaniel that bit a child in the home he lived in five times during one frenzied attack, scarring her physically and emotionally. I had worked with Benji and his family six weeks prior to the attack, and the family were making great progress. The family was accepted onto the show because even though Benji had snapped at the younger child in the house once, the situation was workable. The child had dropped a packet of crisps on the ground, and Benji tried to bite her as she reached down to get them. I approached the episode with caution, but made sure, as I do with every family, to get a full medical and behavioral history of both dogs before I took the case on.  I have learned, however, that people either forget to divulge information or do not think that some behaviors are relevant. This was true in this case. After Benji attacked the older child, I found out additional information that the family had not told me. Benji would sometimes stand on the landing and growl at the family as they came out of their bedrooms.  After these growling episodes, he would take himself off to his bed at the top of the stairs and sit staring straight ahead of him with a glazed look in his eyes. For a few minutes he was unreachable and seemed exhausted and ‘out of it’.

This was new information to me and I could not understand why the family had not told me prior to me working with them. If they had, I would not have taken on the case, and would have referred them to a veterinary behaviorist instead. Benji’s behavior seemed to suggest there was something much more sinister going on, that he might be suffering from ‘idiopathic rage syndrome,’ also known as ‘cocker rage’. This could be due to seizure activity in the brain or some other neurological problem. I advised the family to take Benji to a vet behaviorist for further investigation, but they had already consulted with their vet and made up their minds to put Benjy down.

I was filming down south when the call came and could not get up north to meet with the family again. A producer was sent down to location and filmed me on a phone call with the family, where I supported the vet’s advice and their decision that Benji should be euthanized. At the time, I did not have editorial control of my show and only a small portion of my conversation aired. It is the only time that I was upset with the producers. I still love, respect, and work with the production company who made It’s Me or the Dog today and I know everyone makes mistakes, but the way the episode was edited caused a backlash against me that lasts to this day.

On the night the Benji episode aired, I took my daughter into London to see Disney on Ice. When I got back to my flat I could not understand why there were so many emails in my inbox, but I soon found out why. Viewers were incensed at how the Benji episode had been handled. Children had been watching and no one expected a bad outcome. We do not lie on my show and make out that everything is wonderful when it is not, which is something I am proud of, but I was nevertheless shocked by some of the things viewers had written. How could I blame them? When I eventually watched the episode myself I was appalled.

This was the first time I was abused online. Some emails contained threats against me and my family, and called me a ‘dog killer’. People who did not know me or Benji’s full story were threatening me for ‘killing’ a dog. The papers also got hold of the story and people called for me to be taken off the air even though other animal behavior experts supported the decision the family had made. 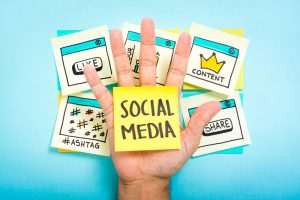 The Benji episode would have been forgotten if not for a few people that saw a perfect way to smear my name even more. Homemade videos started appearing on YouTube about Benji and the dog killer. I never watched them.

The Benji experience changed me and taught me a valuable lesson. I removed my email address from my website and negotiated more editorial control over my shows. It’s Me or the Dog was and still is a great television show, but people will crop up even now saying hateful things, while others criticize my methods and techniques used on earlier shows, without realizing that my first shows were filmed fifteen years ago and I have evolved since then. Every trainer should keep evolving and use the information we learn from behavioral and cognitive science to make our methods better, but anyone can sit behind their computer and be an expert. They can pick you apart and voice their opinions without knowing all the information and without being experts themselves. They can do it respectfully or they can crush you.

I am outspoken about using humane training methods, and have remained true to that message for twenty years. I have a lot of support, but I am also still regularly attacked by people who use outdated training methods and equipment to train dogs and are threatened by what I say.  I thought I would share some of the names I have been called over the years so you understand what I am writing about. I apologize if I offend anybody with this list of profanities, but I write them to show the level of depravity people will sink to. I have been called a ‘bitch’, a ‘fake’, a ‘phony’, ‘idiot’, ‘stupid’, ‘weak’, ‘ugly’, and the ‘c’ word. I’ve been told to go ‘f ‘myself, and ‘to die’. I have had fake stories circulated about me by those that are jealous and have an axe to grind.

I’m writing about this now because I have been following the story about Caroline Flack and why she killed herself. I did not know her, but I knew of her work on ‘Love Island’. I know she was in an ongoing court case, and that she had been suffering with depression. I also know that she had been tormented by the newspapers, in the media, and on social media.

The day after Caroline Flack died, I posted the following on my Facebook page. Like the #MeToo movement, I wanted to share with people what had happened to me. I ended with this paragraph:

“To all of you who have ever trolled someone, or have crushed them because they speak out for good, for kindness and a better way, just stop. Turn your fear, your anger and your hate into good. If you don’t agree with someone, voice your opinion eloquently and respectfully. And if you seek to take someone down because you feel bad about yourself, turn that insecurity into kindness. Our world is sick at the moment, but the way we combat that is to stand up for good, help those that are vulnerable, and use our voices for positive change. Even though our leaders are bullies, you don’t have to be. #KindnessIsPowerful”