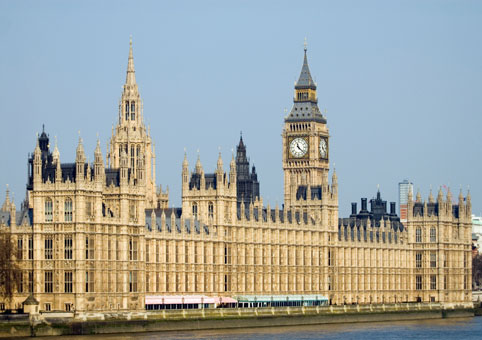 At the beginning of December I went to England for a seminar and series of meetings.   As much as I love living in the States I also miss my mother country, so going back is always a treat, even if it is for work.   During my last visit I was invited by my friend and UK television vet, Marc Abraham, to attend a meeting of The Associate Parliamentary Group for Animal Welfare (APGAW) at the Houses of Parliament, the seat of British government.

APGAW is an all-party group made up of MPs, Peers and associate animal welfare organisations or groups. According to its mission statement, “The aim of the group is to promote and further the case of animal welfare by all means available to the Parliaments at Westminster and in Europe. APGAW seeks to influence the development and introduction of effective wide-ranging legislation to improve welfare and also acts as a discussion forum of politicians and welfare experts to looks at areas of concern.”

Now, if you have ever watched a parliamentary debate you will know that British politicians get pretty feisty with each other. Before the meeting, I had a chance to witness a debate about the future of the British economy and what steps were being taken to revive a struggling situation.  As you can imagine, the debate got very heated with both political parties throwing scorn and derision at each other – very entertaining to watch even if it was on such a serious topic.  The public gallery looks right over the great room with a bullet proof glass window separating the public from the politicians.  All bags and any electronics are removed from your person before being seated in the gallery.  The public is also made to sign a piece of paper stating that they will not cause any disruption while in the gallery.  I dared not make a sound!

The Houses of Parliament and the House of Lords fascinated me, but the part that impressed me most was Westminster Hall, once a royal palace and the seat of government for hundreds of years.  It was remarkable to think that I was walking in the footsteps of kings, queens and prime ministers who had come before me.  The hall itself, which is the oldest part of the Parliament estate, was built in 1097 and is spectacular by its sheer size, with an enormous wooden vaulted ceiling that soars high above you. 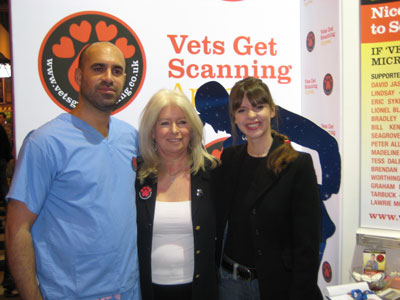 The Houses of Parliament is like a rabbit warren, containing hundreds of smaller meeting rooms as well as numerous rooms where daily receptions are held.  APGAW had invited the main players in the dog world to hear what progress had been made in the three years since the airing of Pedigree Dogs Exposed, a hard hitting documentary by Jemima Harrison of Passionate Productions.  PDE ‘lifted the lid on the extent of health and welfare problems in pedigree dogs,’ and provided a general overview about what was being done to improve breeding practices and standards in the UK.

The major institutions were in attendance including The Dogs Trust and the RSPCA, but the Kennel Club was noticeably absent.  Since the meeting was being filmed by Jemima Harrison for Pedigree Dogs Exposed 2 , the KC had refused to attend because it did not trust Passionate Productions ‘to provide an unbiased account of proceedings.’   The meeting was civil and positive, but it was clear that even though a lot of progress had been made, including work by the Kennel Club itself, they had to be more aggressive with implementing the changes.  If you haven’t yet seen Pedigree Dogs Exposed, you should take time to watch it.  The issues addressed in the documentary don’t only affect dogs in Britain.  The American Kennel Club is just as guilty for setting breed standards that sometimes compromise the health and well- being of many breeds of dogs.  It seems ‘beauty’ has taken over from common sense and the way a dog looks is more important than how it feels.  Take a look at the film and judge for yourself.

As this is a very sensitive issue for many people, I have gotten a few emails and questions from proponents of purebred dogs who are convinced that because I support campaigns like the RSPCA’s Born to Suffer, I must therefore also be against dog shows and the purebred culture.  I am not, and I dismiss those who suggest that wanting the best for our canine companions’ mental and physical health is necessarily at odds with the breeding of purebred dogs.  I have a purebred Chocolate Lab (although she was a rescue) as well as a mutt (Chihuahua/Terrier mix).  While I personally am not into showing dogs, I have no problem with those that love it, provided that they maintain a healthy balance between their own desire to show and their dogs’ happiness and health.  All I ask is that we all take a second look at what some of the current breed standards set by the ‘governing bodies’ are doing to our dogs and take action to reverse any of the negative effects.  I really can’t see how anyone could argue against that.

After all, are dogs only here for our sake, or should we think of what’s best for them as well?