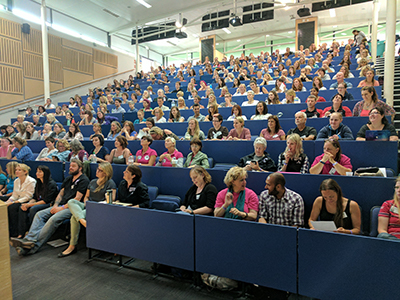 Whew! What a weekend.

Our annual UK Dog Bite Prevention & Behaviour Conference is always one of my favourite events of the year. Not only do we get to mingle with the coolest group of dog people in the country, we hear from my colleagues and friends within the worlds of science, higher education, training, behaviour and beyond regarding the amazing work they perform and witness on a daily basis as they move the ball down the field in our understanding of how dogs think, feel and learn.

In the runup to the conference, I had been chatting with the people at the Graham Norton radio show (BBC Radio 2) for a few weeks, as they wanted to have me in the studio to chat about my latest book. As luck would have it, the only time that worked for all of our schedules was during the first day of the conference. So after we got things started Saturday morning, I nipped off from Kingston to central London to chat with Graham on air. We had a great, wide-ranging discussion, then I returned to the conference. 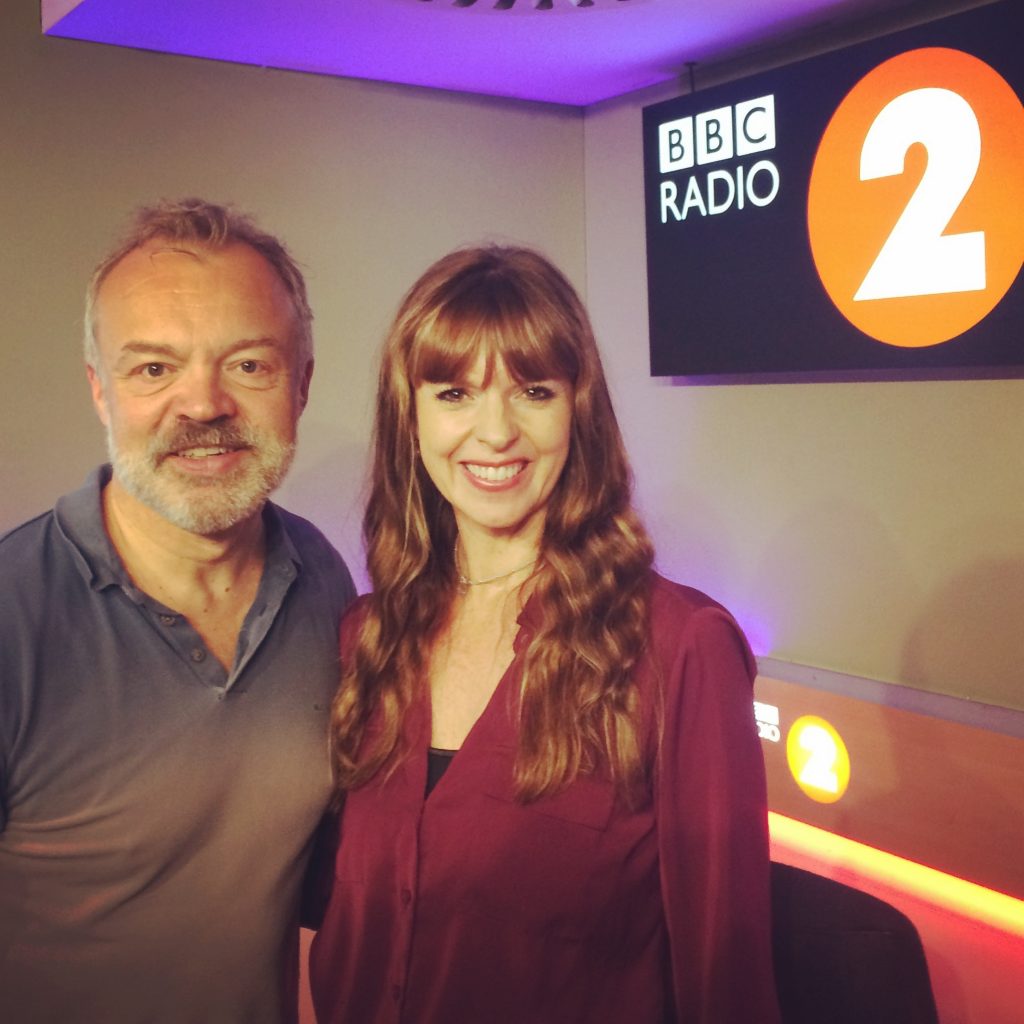 Very few things surprise me anymore. As a result of the exposure I received due to the success of It’s Me or the Dog, my other various TV shows and the vast Positively platforms that we’ve built over the years, I’ve had overwhelming positive feedback, which I am very thankful for, but on the flip side I’ve also been called all kinds of names and accused of some pretty extraordinary things. The digital curtain of the internet is a very safe place from which pretty much anyone can lob pretty much any far-flung conspiracy theory. I’ve heard some crazy stuff:

I’m a big girl. I’m a grownup. I realize that putting myself in the public eye on television and beyond comes hand-in-hand with both amazing chances and experiences as well as the the odd piece of criticism of me, from my wardrobe to my voice, my expertise, (or lack thereof, in some people’s opinion) and even the fact that like most trainers, dog training was my 2nd career. I’m good with that. I’ve been blessed with the opportunities that I’ve worked most of my adult life to achieve, and I wouldn’t trade my job or my mission to change dogs' lives positively, for anything.

But the interesting thing I’m noticing as my visibility in the public eye continues to grow is that detractors latch onto the strangest and most unexpected things when trying to attack. During my radio chat with Graham Norton, he asked me my opinion regarding neutering and what age was best. Straddling two countries as I do (I live in the US but was raised and work often in the UK), I’m keenly aware of the sensitivity of the debate about spaying and neutering in the UK, especially as it relates to age. The cool thing about being ‘bi-coastal’ is that I’m friends with experts in the field in both countries and have the privilege of being able to learn from some of the most well-respected, highly educated and experienced animal behaviour scientists and experts in the world. With all of that in mind, and knowing the far-flung and diverse nature of of the Graham Norton show audience, I purposely framed my answer to Graham’s question very openly: I said that it was a decision that each pet owner should make only after consulting with their veterinarian, and that my personal preference was to neuter at 6 months. I also spent quite awhile describing other valid viewpoints on the issue. You can listen to the actual exchange here:

People are perfectly within their rights to have a different opinion than me on this, and I’m well aware that due to my position as a public figure my opinion holds more weight for some of those who put their trust in what I have to say.

The response to this interview was overwhelmingly positive, and both Graham’s team and I agreed that I’d join him on air again soon. But for some reason, this interview became a mini-lightning rod for those constantly seeking targets even within their own ranks.

I can only assume that these folks feel threatened by me for some reason, or my success I suppose. Very strange, as I’m all about advancing our collective understanding of dog behaviour no matter who does it and what platform it’s on, as long as I agree with the underlying foundation of progressive, science-based, force-free training ideologies of those who promote it. To me the mission is more important than the messenger, and certainly more important than me personally.  I’ve built a brand and a network of platforms that are 100% dedicated to promoting what I believe in. When I hear or see others under the umbrella of force-free training misquote me, take things out of context and misrepresent facts in order further their mysterious agenda, it saddens me. Not for my sake, but because us positive trainers have enough of an uphill battle swimming upstream against the traditional training camp that promotes and celebrates aversives and ‘balanced’ training which includes harmful and fear-inducing techniques alongside positive methods. It can be tough enough representing the force-free movement without infighting amongst those in the same ‘choir’, so to speak.

Another exchange in the interview touched on the concept of dominance – or the D-Word, as we refer to it within Positively and the VS Academy. A quick google of my stance on this word (or a cursory browse through this website) pretty much establishes that I couldn’t be more firmly committed to dispelling the myths about dominance, including the misunderstandings and dangers inherent in the word’s use by traditional trainers who continue to spout the myths about pack leadership and alpha status within the dog world (hint: it’s not actually what most popular media say it is).

This is a topic for another (much longer) post, but generally speaking, while I encourage the avoidance of the use of the word in most scenarios and am fully aware of the insinuations that can be derived from its use with those who don’t know better, dominance as scientifically defined does actually exist in the animal (and dog) world – it’s just been so widely misunderstood and misused that the word has become dirty. Again, when considering the audience I was speaking to with Graham, I purposefully decided to use the word in a specific context in order to make my point more accessible without betraying the ethics of the positive training world. Here’s the exchange:

Since the interview aired, there’s a very small but somewhat vocal group of people who have seized on buzzwords and miscontextualized concepts from it to stage their attacks. I’m honestly hoping that none of them (assuming they’re positive trainers like me) have actually listened to the audio for themselves and have simply jumped on an internet chat to yell about the lady from TV, as that would be the most understandable (though not correct or rational) excuse. And this isn’t about fighting every little fight that every random person picks, or else I’d never get anything else done. By the way, you can listen to the whole interview here if you’re interested – it was a fun chat!

I just found the juxtaposition between the inspiring and well-educated experience of the Dog Bite Conference and the strange underbelly of the dog training internet fascinating and decided to share my exploration with you.

I suppose what makes it all the more strange to me is that assuming one is able to remove personal jealousy from the equation (which I do assume, hopefully correctly), people who fight the science-based dog training fight alongside me (and countless others) might be integrating some of the crazy internet rumor material into their thinking. It’s the only thing that I can surmise. Why else would they attack? Just because I’m an easy target? That seems cheap. Because I’m a successful woman in a man’s world? Who knows.  But if they’re doing it on some level because of a rumor they heard elsewhere which they feel validates an adversarial approach, I just wish they’d use the same internet where they found the crazy sauce to do a tiny bit of research to reveal the easily-found truths. It would save them a lot of time. 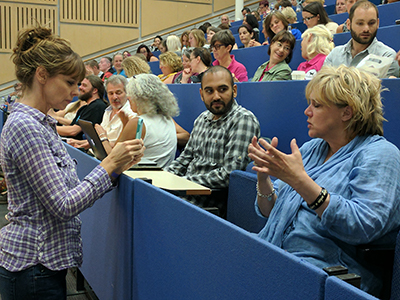 Me? I get to sleep well tonight knowing that we shared an amazing two days with ridiculously smart, talented and like-minded people in a hugely stimulating environment where we share the same passion for promoting progressive, modern dog training. I hope the same for all those bewilderingly looking for cracks in the armor of those who share the same mission. We’re all in this together, and together we can achieve far more in the world of dog-human relationships. That’s what the Victoria Stilwell Academy is all about. That’s why we have a ‘no snarkiness’ policy within VSPDT. That’s what drives all of us at Positively to educate, engage and empower on behalf of dogs and their people every day.

We’ll see you on the field!