Home >> Victoria's Blog >> Farewell to A Hero, A Friend, A Fire Dog 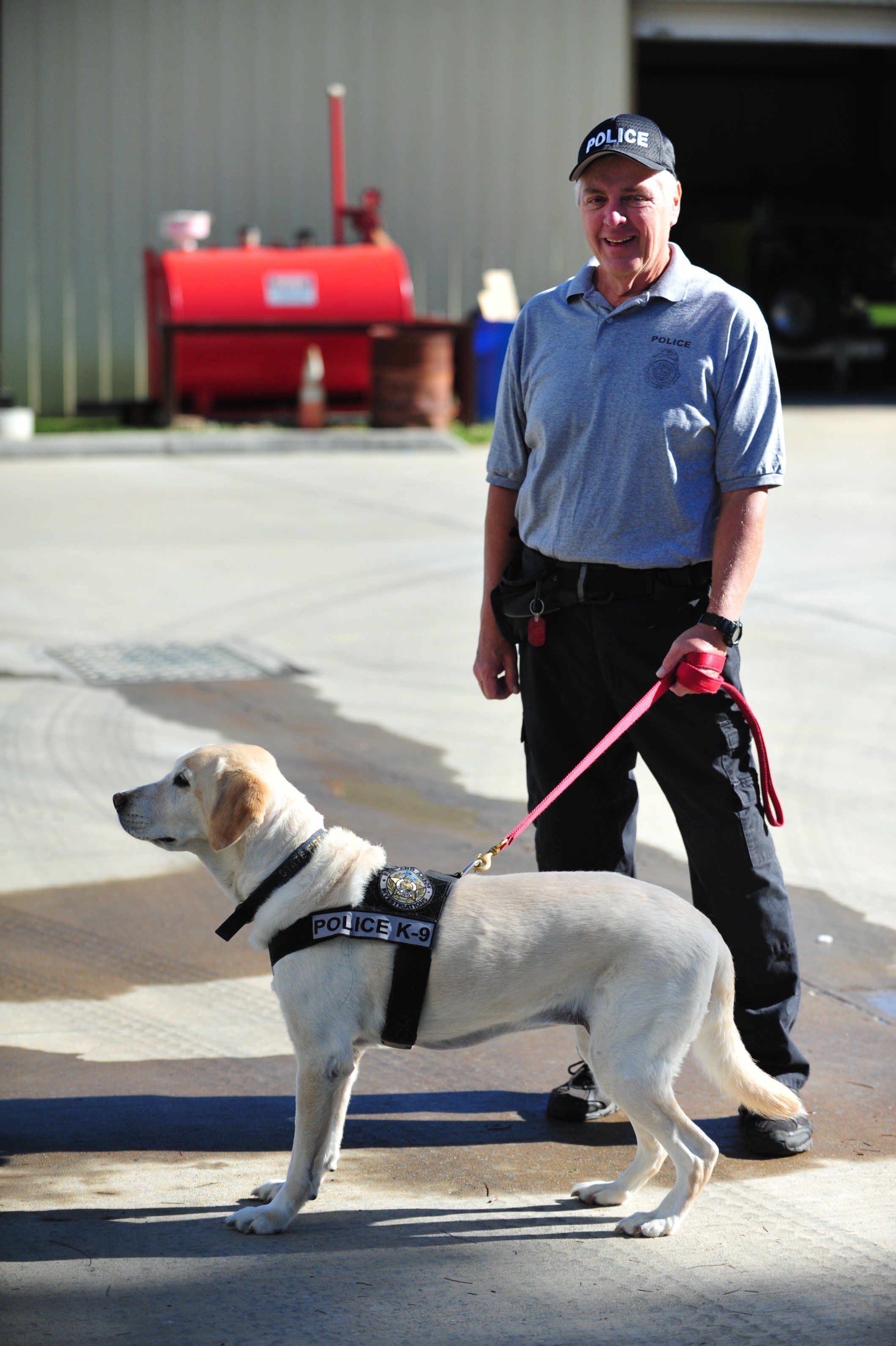 I first met Ember on an elevator at the Arson Dog Recertification I was filming in Baton Rouge, LA. She greeted me with a typical Labrador smile and a wagging tail. I chatted with her handler, Captain Ross Holt, about her battle with cancer and how brave she was through her chemotherapy treatments. He was confident, almost certain, that she would overcome the disease and go into full remission. You can imagine my shock and sadness when I received an email just a few weeks later that Ember had passed away.

Because these incredible accelerant detection dogs (also known as arson dogs or fire dogs) and their handlers rarely seek out attention and do their jobs with a quiet efficiency, not asking for the championing of others, the loss of one of these dogs often goes unnoticed by the public. I won't let this happen to Ember.

You should know that besides being a fire dog, Ember was something else equally wonderful: she was just a dog. She has been described as loving everyone and everything, and that she never met a stranger and "made it a point to interact with everyone in the room." Ember loved tennis balls, and it was hard for me to choose between the many photos of her surrounded by those beloved tennis balls.

Fire Protection Specialist at the Florida State Fire Marshal’s Office Larry Pasko had this to say about Ember:

“I was hired about 6 years ago by the State Fire Marshal and was assigned to the Plantation office. I became good friends with Ember and she soon learned who the ‘softie’ was in the office that she could ALWAYS get to go out and throw her the tennis ball a few times for her. I really had no choice, because if I didn’t she would just sit there and stare at me with those big brown eyes, and who can work like that?? GREAT DOG!! Love you Ember… RIP.” 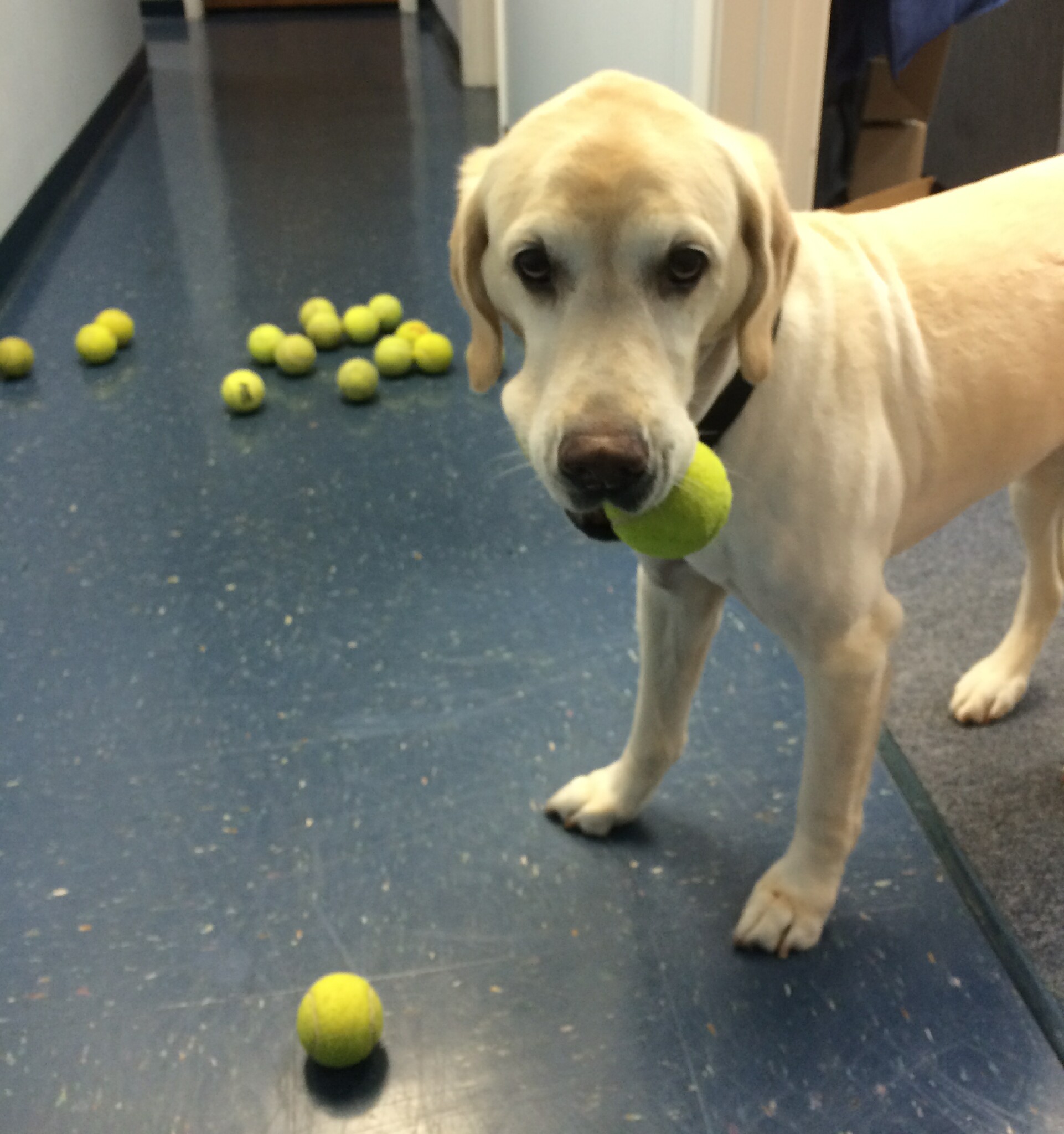 Fellow handler Travis Kincaid described Ross and Ember as "inseparable" and "genuinely happy to help others without regard for themselves."

Ember's work was not only inspiring, but also critical to public safety. On December 27, 2012 the life of one Martin County Firefighter’s was forever changed. With the help of the State Fire Marshal’s Office, K-9 Ember and Martin County Sheriff’s Office, a specific individual was identified as the responsible party for intentionally setting a home on fire, resulting in a severe injury to a firefighter. Arson Investigation Crime Analyst Summer Jerla says that one of the major unspoken contributors to this investigation was K-9 Ember. She was "resilient as always" and worked the scene in order to detect the presence of ignitable liquids. With her dedicated help, she was able to solidify this case and significantly assisted with the prosecution of the individual guilty of this act of arson. Jerla added that "she will always be our unspoken hero." 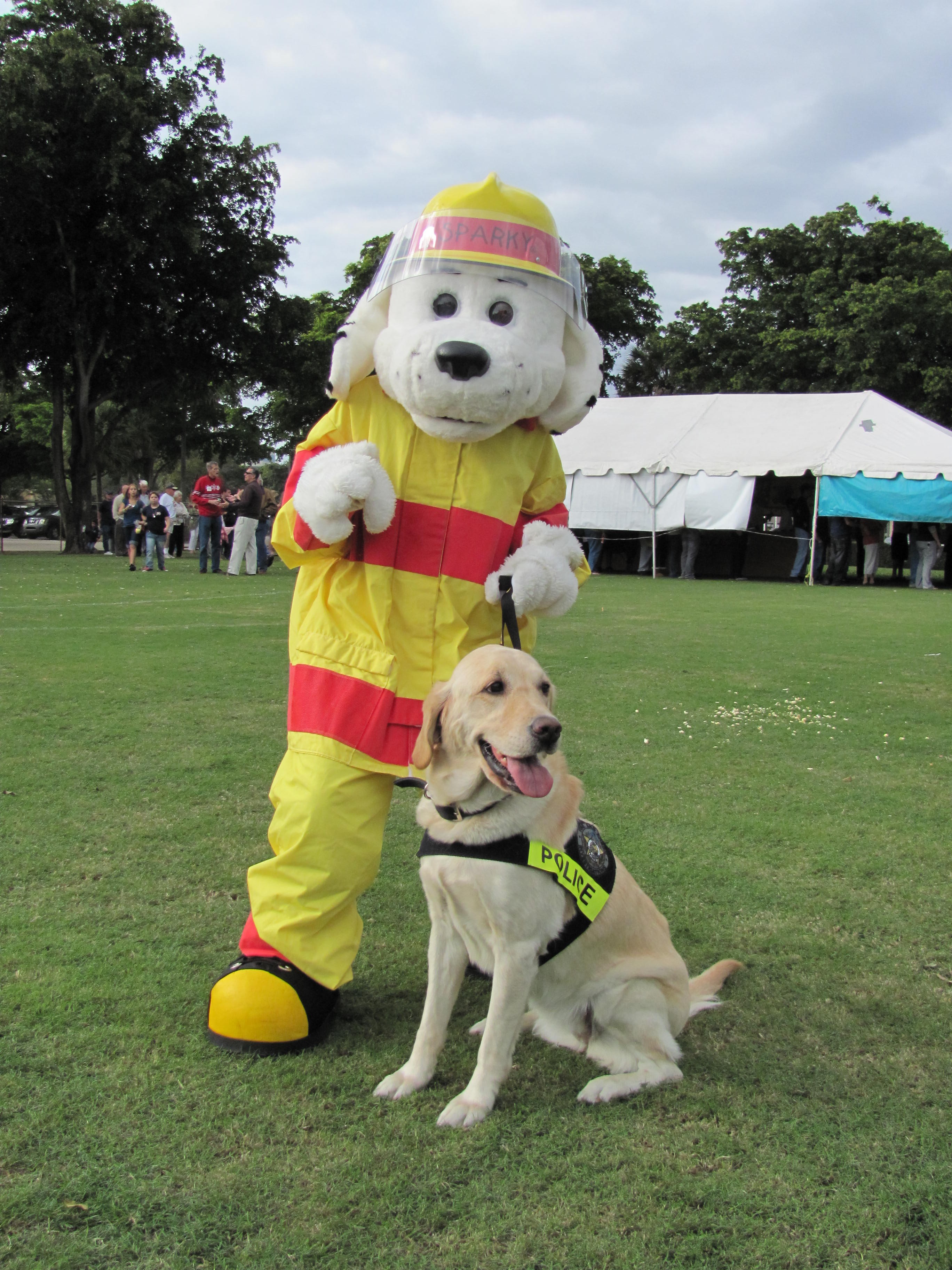 I had the honor of pouring through the incredible tributes to Ember written by those who knew her and loved her dearly. I feel that this one, from State Fire Marshal Detective Charles Toledo, captures Ember and Ross perfectly:

“Years have passed since I have forgiven Ember, for stealing a warm bagel loaded with cream cheese, from the top of my desk.  I had just stepped away to grab some paper towels, when I returned I found the bagel gone.  The only evidence I found was a small white spot of cream cheese on Ember‘s nose.  Of course, the Captain knew immediately that she had eaten something and blamed me for feeding her, which of course I adamantly denied.  From that day on we were the best of friends.

When it came to business, I have far too many stories to tell.  She always made me proud when she came to one of my scenes.  I remember one case in particular,that involved an 11,000 sq.ft. Warehouse fire in Hialeah, that was intentionally set by two former employees.  After days of digging the scene, Ember was able to find the exact location where the fire originated.  Her nose helped convict the two subjects to ten years each in Federal Prison.  Everybody involved in the case including ATF, Hialeah Fire and Police Departments were eternally grateful to her and her partner Capt. Ross Holt. 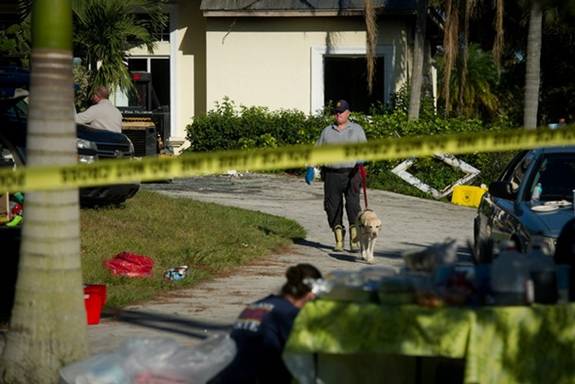 We are sure there is a special place in heaven for a K-9 like Ember who has walked that "Walk of Fire."

Ember passed away as peacefully and comfortably as anyone could hope for. She had a favorite sunny spot outside by the pool that she loved to lay down in. Ross and Ember went out for a short walk and as always, Ember walked over to the sunny spot around the pool, laid down and stretched out as usual, and then closed her eyes for a final time. She passed away happy, safe, and warm in the sun after walking for the last time with her best friend, Ross.

One thought on “Farewell to A Hero, A Friend, A Fire Dog”