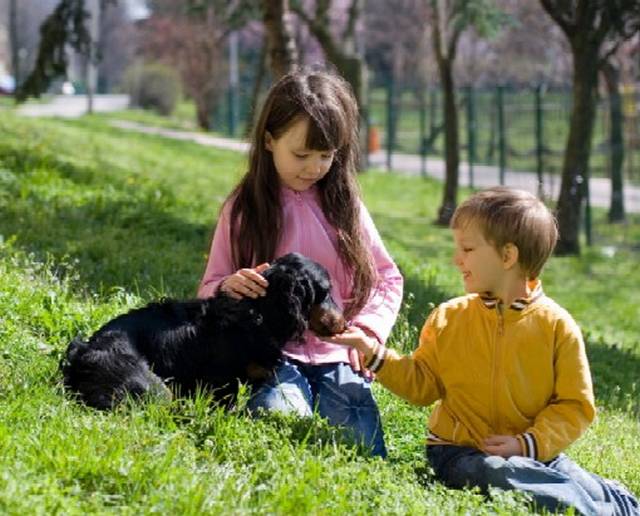 This week, I'm joining forces with State Farm, the American Veterinary Medical Association, the US Postal Service and other organizations to promote National Dog Bite Prevention Week.  Now more than ever, awareness needs to be raised about how to prevent dog bites from occurring.  If you're like me and are concerned about this issue, then the latest statistics will alarm you, because dog bites in the United States and Great Britain are growing.  Over a sixteen year period the number of hospital admissions caused by dog bites in the U.S. nearly doubled, increasing from 5,100 in 1993 to 9,500 in 2008, according to a report by the U.S. Agency for Healthcare Research and Quality.  And as if these numbers weren’t bad enough, according to 2010 statistics, there were approximately 4.5 million reported dog bites in the US, 800,000 of which were serious enough to require medical attention.  Over the last ten years dog bites have increased 50% in England and 150% in Scotland.  What is happening in these countries to cause such an increase?  The more I investigate the dog bite problem, the more I am discovering the reasons why.  You might be surprised at what I have found.

In a veterinary study published in the Journal of Applied Animal Behavior (2009), lead author Meghan Herron, DVM says that confrontational training methods practiced by many trainers and handlers in the United States and Britain, are a contributing factor.   Dr. Herron states that, "Our study demonstrated that many confrontational training methods, whether staring down dogs, striking them, or intimidating them with physical manipulation such as alpha rolls [holding dogs on their back], do little to correct improper behavior and can elicit aggressive responses."

"I saw an Australian Cattledog mix with severe aggression (lunging, growling, barking) directed at other dogs whenever they came into view, even hundreds of feet away. The dog was fine with people and had never been aggressive to people before. The owners were mimicking what they had seen in popular media and dealt with the dog in a completely punishment-based way. They repeatedly tried to physically subdue the dog whenever it was aggressive. Finally, at a pet store the dog growled and lunged, and when the female owner tried to force the dog down, she was bitten on the arm. That was when they called me."

Dr. John Ciribassi, past-president of the American Veterinary Society of Animal Behavior (AVSAB), explains why punishment can cause aggression:

"A typical scenario is a client with a 3 year old dog who has presented because of aggression directed at strangers that the dog meets either on walks or when guests come to the home. Initially the dog barks at people as they pass and backs away if approached, indicating that the aggression is due to fear. The owner is referred to a trainer or watches a show that demonstrates the use of choke chain or pinch collar and verbal or physical corrections. Because the dog now feels pain when it encounters the person it fears, the aggression escalates. As a result, now the dog lunges, snaps, and bites in situations where it used to bark and back away. In some cases the dog is so aroused it learns to redirect its aggression towards humans."

Other contributing factors to dog bites include bad breeding practices utilized by the puppy mill industry and back yard breeders.  These people only breed dogs for money, churning out puppies with no care or attention to correctly raising those puppies to be sociable and comfortable around humans and other animals.  Lack of socialization causes fear and insecurity, which is at the very heart of aggressive response. Irresponsible dog ownership, particularly by those who own large breed dogs for intimidation or protection, is also a major factor.

Jim Crosby, a leading investigator of dog bites and human fatalities from dog bites in the U. S.  states:

"What I see these numbers indicating, based on my on-scene investigations, is that irresponsible owners tend not to spay and neuter, tend to chain their animals out for extended times with little or no socialization, and maintain their animals with less wisdom and care than most of us. Once again, it's the two-legged problem behind the four legger that precipitates the problems." 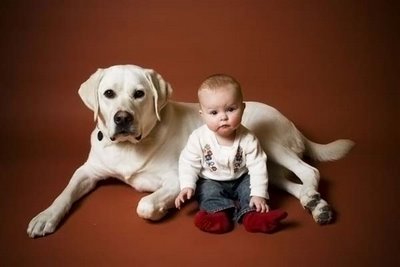 The Humane Society of the United States reports that 50% of children will be bitten by a dog before their 12th birthday.  Children under the age of five are most likely to be bitten and most of these bites come from a dog that the child knows; the family dog or that of a relative or friend.  Children are most likely to be bitten in the face as they are closer to a dog’s eye level making it easier for a dog to feel threatened by eye to eye contact.  Children love to kiss and hug dogs, even though these expressions of affection do not translate well in the dog world.  Fast movements can stimulate a dog’s prey drive and/or chase instinct.  Higher pitched voices can sometimes startle a dog and make it fearful.   A dog can be frustrated through rough play or by teasing and a child can inadvertently inflict pain with the pull of a tail or a poke in the eye.  It is also hard for a child to read and understand a dog’s body language, therefore missing vital signals that can put them in harm’s way.

So how should children protect themselves?

Read on in Part II of this blog as well as my new article about Dog & Child Safety.