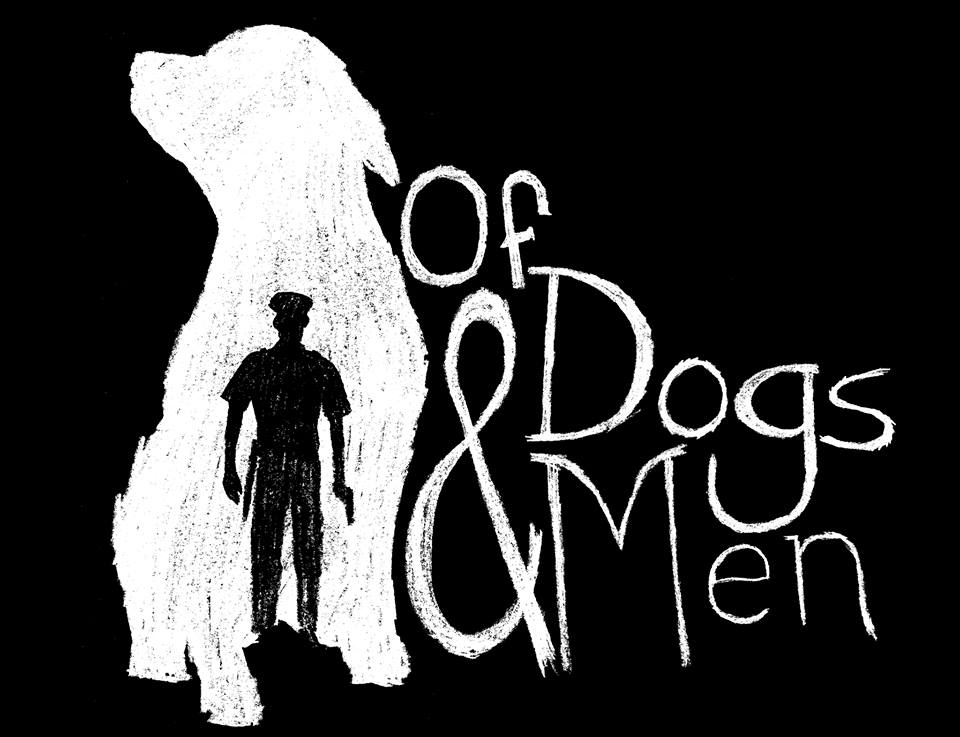 Of Dogs and Men is a powerful new documentary that explores the recent surge in law enforcement officials shooting dogs. I was honored to participate in the film, along with the K-9 unit that I have been embedded with while filming my upcoming web series, Guardians of the Night. I had to chance to chat with Director Michael Ozias about the film, and what went on both behind and in front of the camera.

1. What gave you the idea/inspiration for the film?

We came upon YouTube videos of these incidents caught on tape in which police officers were shooting people's family dogs. One was the case of James Smoak's dog General Patton and you can clearly see a happy General Patton hop out of the car during a traffic stop, wagging his tail, and then one of the cops shoots him. It was disturbing to see and I was shocked that it happened. But it wasn't until researching further that we could see how deep the rabbit hole went. (actually we found it went deeper still as we went into production).

The subject matter seemed such that a documentary could affect positive change because it is an issue that continues largely because it flies under the radar. If the film can bring attention to it we hope that leads to new thinking on this. In our travels and discussions we've found once people's eyes are opened to this they want to see something done about it.

2. What was the hardest part of creating the film (emotionally)?

The hardest part was hearing the first hand accounts from those who have lost their dogs in this fashion. They'd walk us through their homes explaining moment by moment what had occurred but it wasn't like they were just telling us the stories, they were re-living them. After seeing how painful it was for some of our early subjects it made me worry for the experience the later ones were about to embark on. But they were all so willing to lay the experience bare for us. They understood what the film could mean for change and they believed it was worth it to share their journey and tell the story of their lost family members.

That may all sound like an exercise in misery but it was not at all. There were great moments shared in the filming, and that will be shared with all in the final film, where they are so inspiring and hopeful. They aren't victims. They have seen tragedy but pretty much across the board they have channeled that into efforts to see this changed and I was moved by that countless times in the process.

3. Was there anything that surprised you or that changed your opinions during the making of the film?

I started the project with the idea that, when these shootings aren't justified, it is mainly the individual officer's fault with some lesser amount of blame on the law enforcement system around them. After more than two years working on this, I still feel it is a mix of the two but skews heavier toward the system.

Our interviews made clear to us just how politically complicated it is for these advocates make changes to police policy, how the legal system stacks the deck against those suing the government or law enforcement, and how Byzantine the process of firing and officer can be.

4. What has the response been from the public about the film, especially after the release of the trailer?

The trailer is all that is currently available for the public to watch but the reception has been overwhelmingly positive. I think the trailer demonstrates that this documentary is a film of the caliber the issue really deserves if it is really one that is meaningful to us as citizens. People are really excited for the full film. Some to watch it, of course, but I think largely people want it out there so others less familiar will find it and enter the discussion. We're excited to see the response the film gets from audiences in general.

5. What do you ultimately want people to take away from Of Dogs and Men?

We hope it inspires a very critical look at what is happening here and people get active if they want to see this end. There are a lot of misconceptions and misinformation out there. Both in how the families of the dogs are perceived as well as law enforcement. We feel the film can be an awakening for both those camps to see the other with more clarity, and for general audiences to better understand them both.

People can learn more about the film and see the trailer at OfDogsAndMen.net.