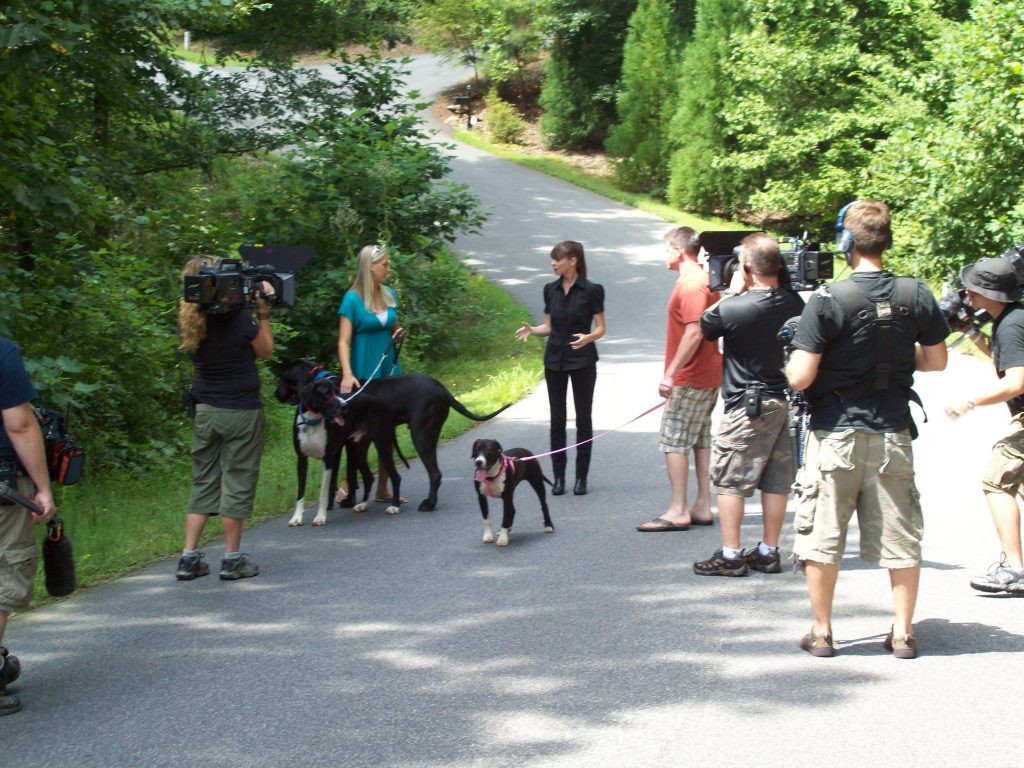 Victoria Stilwell's work on television as a dog trainer and pet behavior expert has provided an opportunity for her to share her passion for building relationships with our dogs based on the latest in behavioral science and positive, force-free techniques.

Following years in private practice as a dog trainer in New York City and New Jersey, Victoria created and began filming It's Me or the Dog in the UK in 2005. After eight seasons and over 100 episodes filmed both the UK and the US, Victoria became a household name in the dog training world and a recognized leader of the movement towards progressive, force-free, positive dog training techniques and methods. Victoria was chosen to be one of three judges on CBS’ hit summer show, Greatest American Dog, where she helped guide a group of dedicated dog owners through challenges and experiences in a lighthearted competition-style format.

Victoria serves on the advisory board for DogTV – the first ever television channel designed to be watched by both dogs and humans – and can be seen frequently on air providing dog training tips and hosting various features such as the Arson Dogs series. In 2016 Victoria returned to the UK to participate as one of the judges and behaviour experts on Sky TV’s Dogs Might Fly, during which rescue dogs from around Britain were trained to actually fly an airplane.

In 2019, Victoria produced and narrated Dogs With Extraordinary Jobs for Love Nature and the Smithsonian network (also on Channel 5 in the UK), exploring stories of amazing dogs going above and beyond to make the world a better place by doing extraordinary things.

Finally, Victoria launched her own subscription video channel - Positively TV:  the Official Channel for Dog Lovers. Featuring all of Victoria's video content in one place, Positively TV provides training videos, featured miniseries, and a community of dog people who share a commitment to making the world a better place for people and dogs.

Tags: episode guide, It's Me or the Dog, tv, victoria stilwell tv