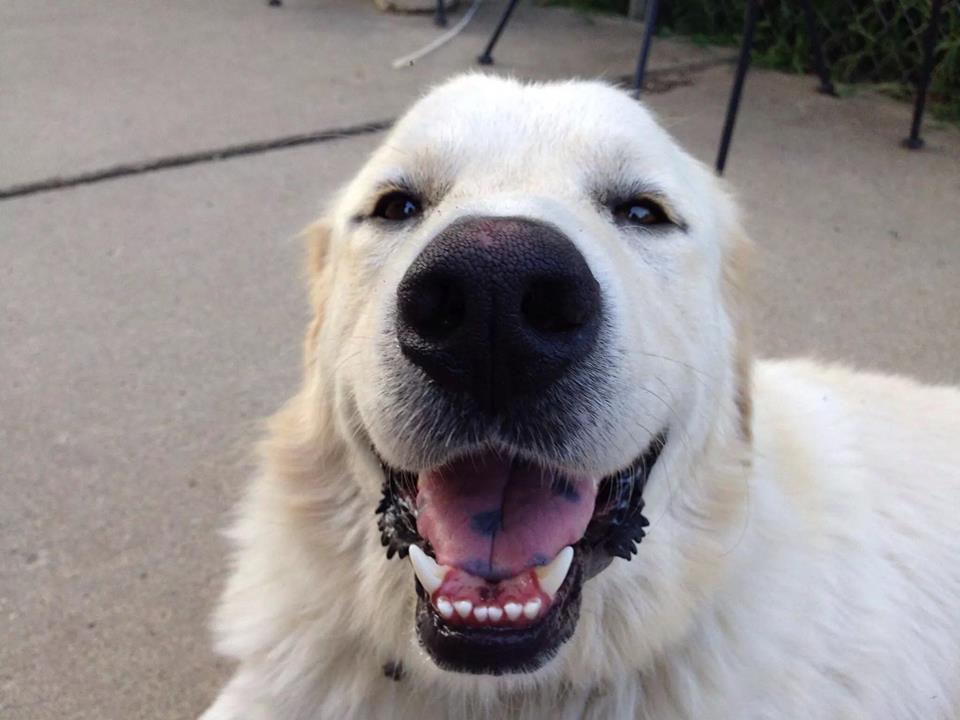 In August this year, I adopted Seeley, a 1-1/2 year old Great Pyrenees. He was purchased as a puppy by a young couple who beat him with a steel flashlight. Once, they knocked him unconscious and the woman's father stepped in and took Seeley away. Seeley grew too big to stay in his apartment, so he surrendered him to a rescue.

The women at the rescue helped him gain weight and build his confidence. When I brought Seeley home, he was frightened, still slightly underweight, and lacking the confidence that his breed is known for.

He had issues with my other male dog, a 9 month old Shepherd mix named Liam. Seeley was anxious and would rip things up, including stairs and carpeting. I gradually worked with him and Liam, introducing them and rewarding them both with pieces of chicken when they were non-aggressive. 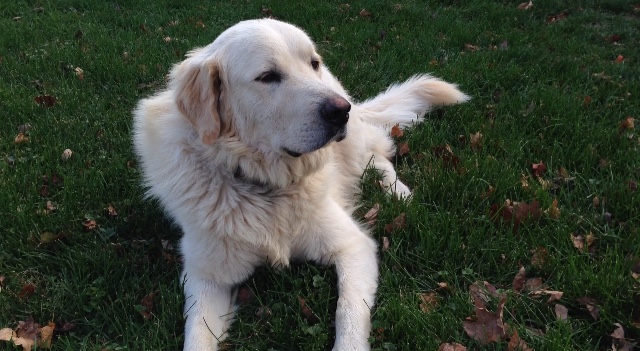 After a few weeks, Seeley built confidence and trust in Liam and now they're friends! I continued to work on obedience with Seeley using positive reinforcement and he's no longer the shaking, whimpering dog he used to be. He'll gladly come to you and give you hugs and kisses. His dark past is completely behind him.