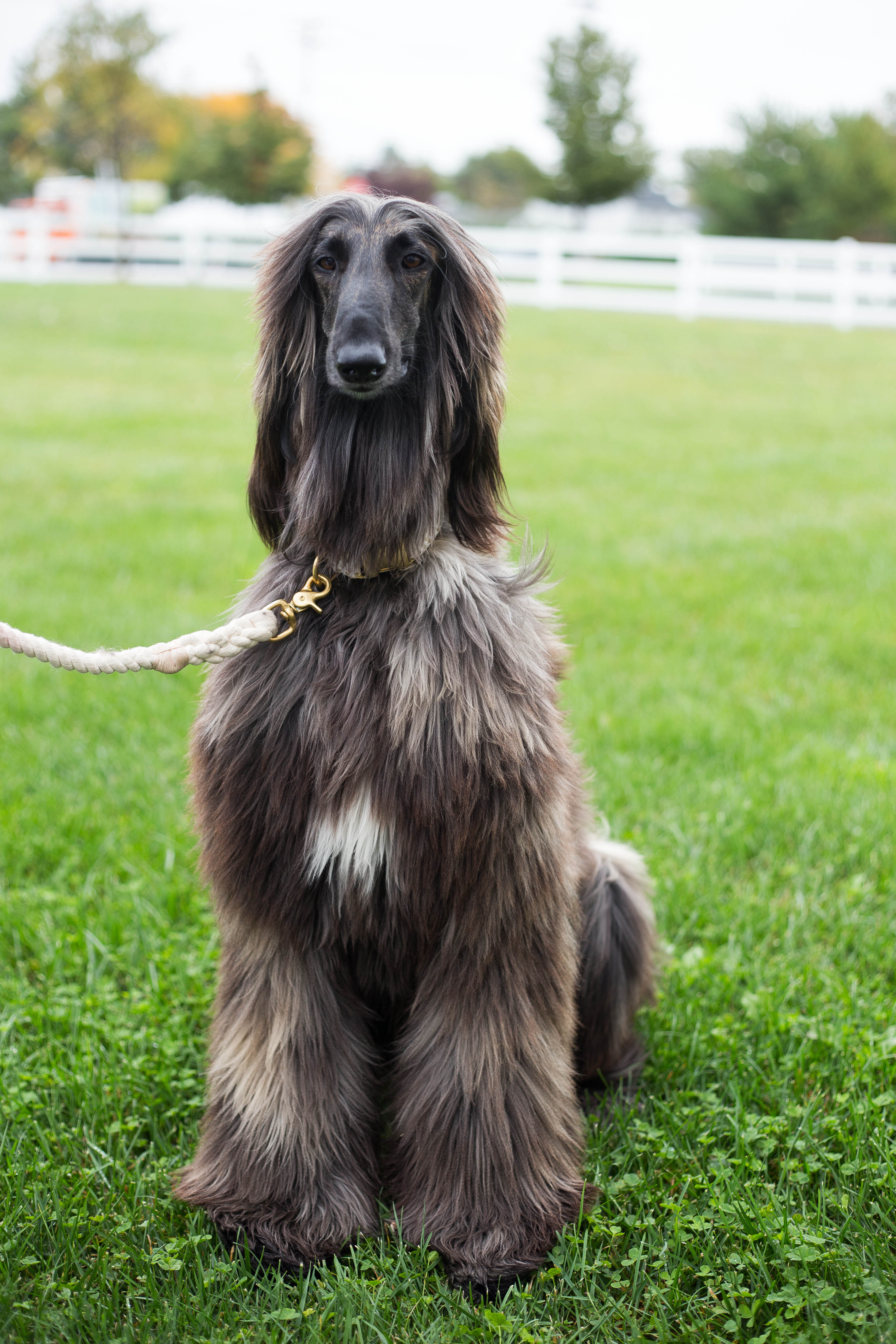 After losing my longtime canine companions, I decided to bring a new dog into our home when the time was right. I was looking for an older pup who was already trained and a breed that did not have many well-known health issues.

I like to say that I found Scarlett but I really think she found us. We brought her home when she was 7 months old. The first day or two that we had her in our home she was perfect – calm, friendly towards strangers, friendly towards any/all animals, obedient. However, after about three days of having her she nipped my young cousin. From that day on she began exhibiting extreme fear and stress based behaviors.

She would no longer walk on the leash, just getting her to walk outside and go to the bathroom could take upwards of 45 minutes. She would often lay down as soon as we took her outside and many times throughout the walk. She would puff all day, never really relaxing or getting comfortable. Scarlett had also developed an extreme fear of people she did not know. She would lunge at strangers in the home, bark furiously, and even nipped twice. It became apparent that she did not trust us fully and, although we were trying to help her, we still were not educated in how to help her and redirect her stress and fear.

After about a month of trying to train her on our own, I decided to find a professional who could help her and educate us. I found Sam Wike of The Inner Dog doing a search on the internet and he answered as soon as I called him. He reassured me over the phone and as soon as we hung up we began the process of trying to channel Scarlett's stress and fear into positivity. Sam has been the definition of encouraging, helpful, informative, non-judgmental, and positive.

We began with establishing rituals when a new person was entering the home. We began to not only educate ourselves but also anyone who would be interacting with her. Sam sent us about forty pages of literature to begin understanding dogs who have severe stress and fear-based aggression. Sam also introduced us to the idea of Scarlett having a fellow canine role model. For her this became my nephew pups who are the most friendly and outgoing dogs you can just about find, and they also happen to be her best friends. All this was of course reinforced with positive reinforcement – her favorite being treats and lots and lots of bones. He also introduced us to calming music and calming scents which have helped tremendously. We even play her calming music for my nephew when he sleeps!

The key term here is positive, positive, positive. With anything she does she is met with positive reinforcement and praise. All of this has been life-changing for Scarlett and our home. I have always believed in positive reinforcement and trust building with my dogs but I have never been formally educated by a K9 Coach/Behavior Specialist. Like I said, Sam has been just about the best thing that could have come into our lives. I am so very happy to report that Scarlett is making leaps and bounds everyday, she is a changed dog. Sam, and his techniques of force-free, science-based positive reinforcement have allowed Scarlett to blossom into the dog she was always meant to be. It has allowed us to be educated and therefore become in tune with Scarlett and her needs. He taught us to pick up on her triggers, when she has reached her threshold – how we could be the best advocate for her and her safety.

While everyday is a work in progress, she has shown immense growth in just a few months. She is now the dog who runs to the door when she hears that she is going "out". She walks confidently on her leash, no longer laying down or paralyzed by fear. Seldom does she puff from stress or fear anymore. She walks with her head and tail high, even allowing people to greet her. She still is fearful of strangers in the home but has not exhibited any aggression since we began working with Sam. She knows her ritual and is extremely comforted by it, and through that she has become so trusting of us and even of the strangers in our home. She no longer feels stress or fear because we now know what situations not to put her in and how to follow through with positive-reinforcement. With her stress and fear we will have to work on this everyday for the rest of her life, but we now have the tools to allow her to grow and progress.

Myself and my family could not recommend Sam (and any force free, pain free, science based, positive reinforcement K9 coach/behavior specialist) enough! These techniques and education have allowed our dog just blossom. It has allowed us to build a strong, trusting relationship with Scarlett. This has given not only her, but all of us the confidence to lead a very happy and positive stress and fear free life!