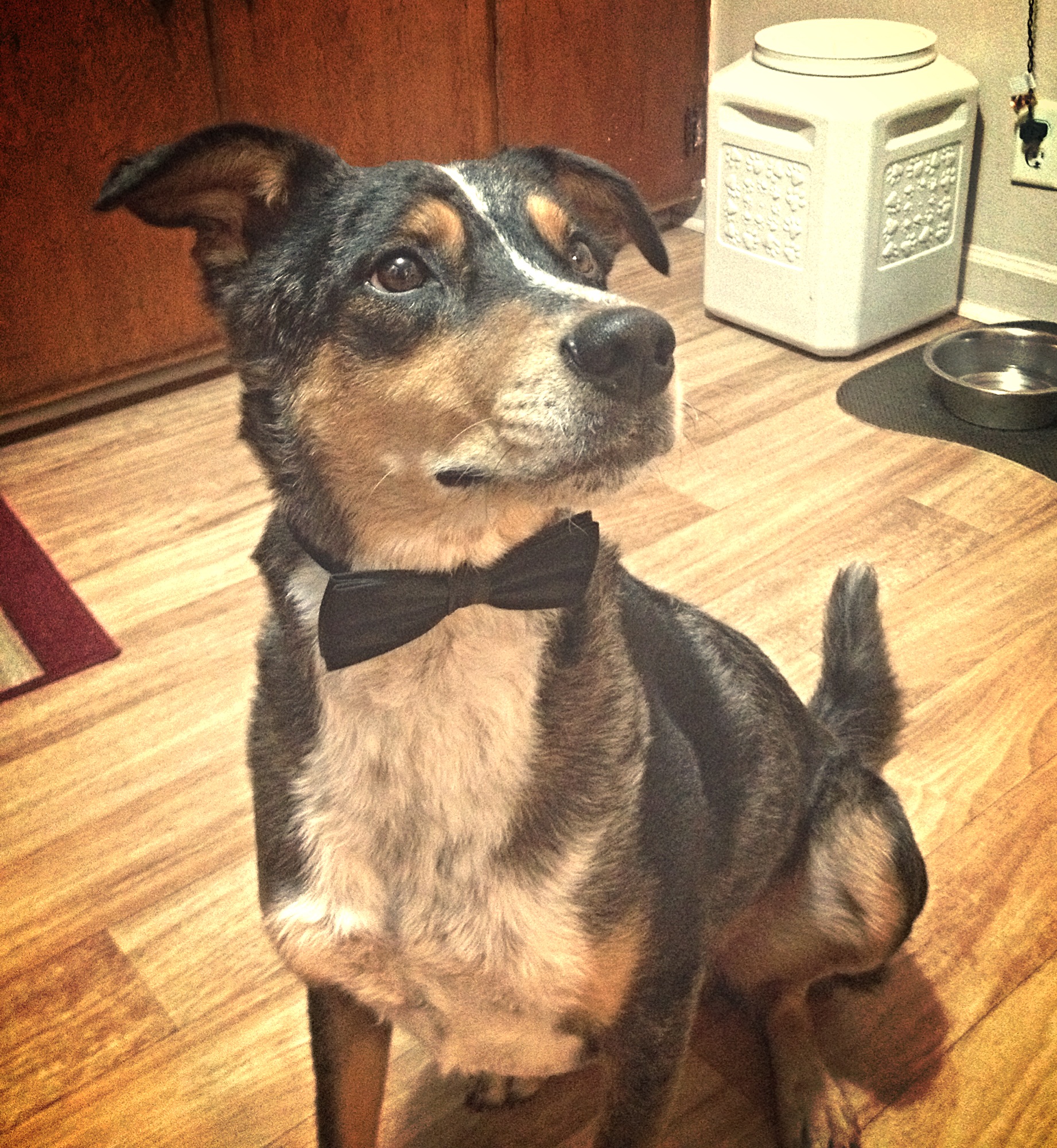 I adopted my first dog Sam from my local Humane Society in 2010. I was looking for a younger and active dog, so when the shelter introduced me to this 10 month old heeler mix, I was sold. He was attentive and calm at the shelter, however; when I brought him home it was a very different story.

The first thing I noticed about Sam was that he panted quite a lot. He never would lay on the couch, bed, or even carpet. He would always lay on the hard wood floor by the door. I know now a lot of this was stress. After about a month he began to chew everything. Sam ate my room mates cell phone, television remotes, and he even at a disposable plastic razor. He hated being groomed, and trying to clip his nails took 3 people, a muzzle, and the vet. When I would try to walk him, it was a nervous frenzied nightmare.

To be honest for the first 6 months I had Sam, I did not bond with him, and was unbelievably frustrated with him. The breaking point was when Sam went after a cat. I remember watching him and thinking I should try and harness this intelligence and energy into something productive.

I began walking Sam twice a day for about 2 miles. I would walk him literally as much as he wanted. I then began basic obedience with Sam, and he loved it. Together we soon mastered recall, stay, and walking on a leash. We then moved on to tricks, and he thrived even more. I was shocked at how quickly he would pick up on concepts.

I never used a pinch/choke/or shock collar. I did use a head collar initially, but we have been able to phase that out. I used food, praise, toys, and consistency. I was mocked and criticized through my entire training by other trainers who said I needed to use “corrections” and punishment. I never could bring myself to using these techniques with Sam. I know from the first day he didn't trust me. I couldn't understand how using pain to train him would help him build a relationship with me.

For me trust is the foundation of training a dog. If Sam is confused or scared he will look for me instead of running away or displaying aggressive behavior. I still have Sam and I enjoy every moment I have to spend and work with him. He still has his issues, he can be very vocal at times, but I wouldn't trade him for anything. He has taught me leadership and problem solving skills, and he has given me companionship.

If you have a problem dog, do not give up. They may never be prefect little robots that obey your every command, but they are filled with potential and love.