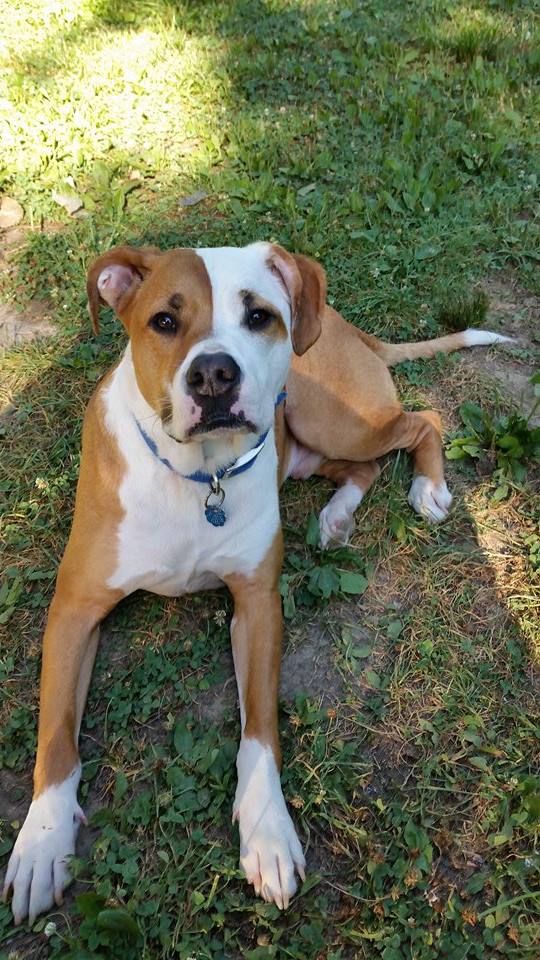 This is my baby, Loki the Gentle Mischievous Pittie. As an Animal Control Officer in 2009, I was patrolling the local State Park in the area with the Park Rangers when we came across a cardboard box left on a picnic table in a camp ground. As we approached the box we could hear small shallow whimpering. I opened the box and to my horror I found eight frail little bodies. They were cold, scared, malnourished and confused. I couldn't believe what I was seeing!

There had been severe thunderstorm/tornado warnings the night before while they spent the night in that cardboard box so they were wet and shivering. I immediately grabbed the box up and rushed them to my vet. I knew they would be surely put down if I brought them to County (as I should have done per protocol) and so I had to give them a chance at life as their life had just begun before they were tossed aside.

The two techs and I dried them off, fed them and tended to their frail little bodies. The vet came and examined the eight frail little souls and said they couldn't be any older than 4 – 5 weeks old, if that, and then commented he doubted any of them would survive the night. They weighed a mere 1.2 pounds and were so frail. As the techs and I were drying them and trying to get them warm, I picked up one of the little bodies. I could see in his eyes as he looked at me, as if they were pleading for me to help him. I could feel his little soul begging me to save him. I knew then that he was the one that I had to have.

I felt his little heartbeat as I held him gently in my hands and it brought tears to my eyes knowing this little soul was counting on me to save his life, to love him and to cherish him. He didn't know what he did wrong to be left in that box to die. The monsters not only abandoned him a cardboard box at 4-5 weeks old but they did it in a campground in the back of that State Park that NO ONE ever goes to hardly. I brought my little baby sent from God home that night 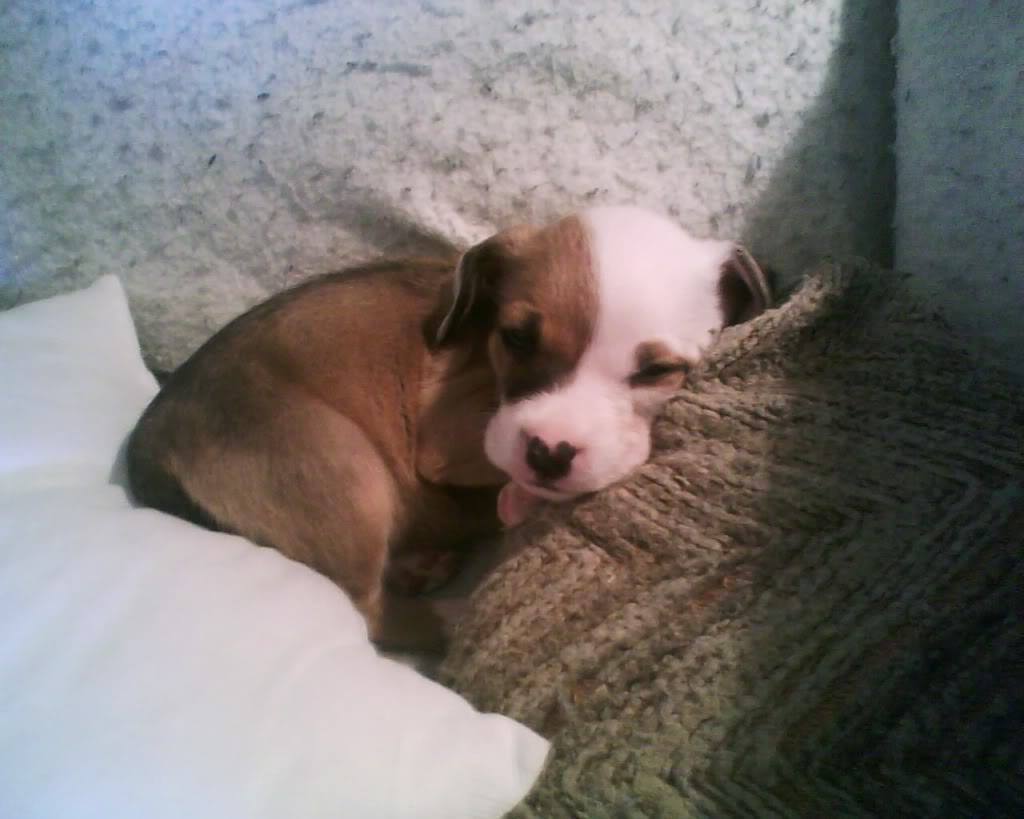 and as he lay sleeping next to me while I kept him warm and comfortable, I thought I lost him. He let out a sigh, and it seemed as if he quit breathing. My heart stopped! I gently picked him up and cradled his little body in my hands praying he was alright. As I looked at him he opened his sleepy little sleepy eyes, looked at me as if to say let him sleep and then he closed his eyes and nodded back off comfortably. I was so relieved!

That was 5 years ago and he just celebrated his 5th birthday in June. When I brought him home, I gave him to my son for a birthday present, but Loki thinks he is my dog. With him being my son’s dog I am grandma to him and he is attached. I had to recently go back to work so he waits patiently for me each morning to get home. Loki loves playing with his other adopted siblings, chasing squirrels and frogs. He loves watching Tom and Jerry cartoons and cuddling with grandma under the Denver Bronco blanket. He loves watching football with grandma and loves wrestling with his adopted sister Sandie.

Loki has taught me so much about Pit Bulls on how gentle the breed really is. To watch him cower in thunderstorms breaks my heart. I feel so helpless watching him as he hyperventilates and tries to get as close to me as possible for comfort. Looking how far Loki has come is hard to believe. He has gone from a 1.2 baby almost dead to a loving and gentle 85 pound baby. My husband and I can’t see our lives without him. He has brought so much joy to us and all his fans on his Facebook page Loki the Gentle Mischievous Pittie.