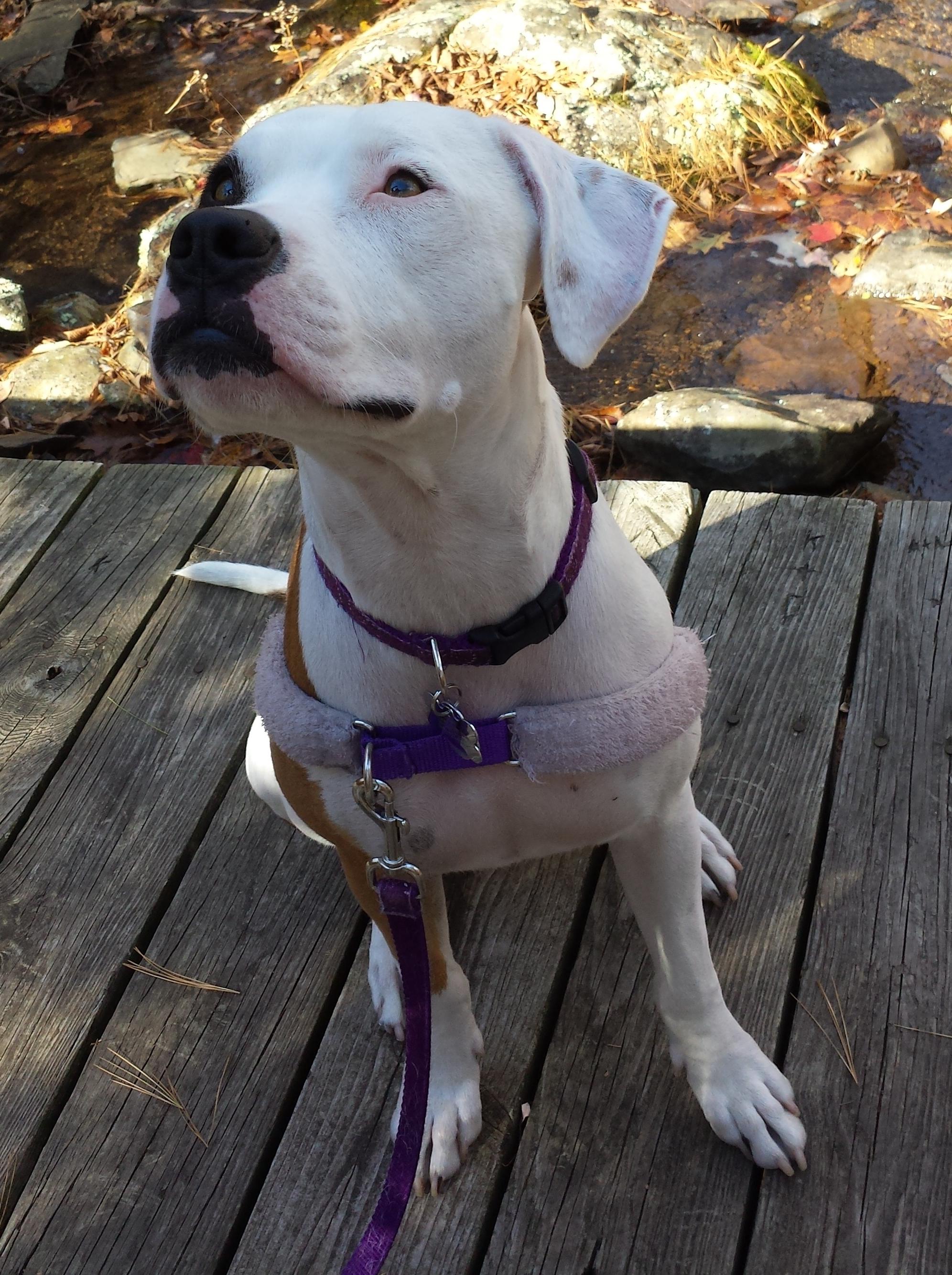 I adopted Libby in May of this year from our local animal shelter. She initially showed up last December at approximately a year old as a stay that no one claimed. She was adopted once but was returned because she continued to scale a six-foot fence and roam the neighborhood.

My husband and I are volunteers at the shelter and had lost our last girl at eleven-years-old the prior year. When we saw that Libby was returned, we decided to give her a try. She immediately hit it off with our two senior male dogs and the prior adopter stated that she had taken Libby to the local dog park so we assumed that she liked other dogs. We were also told that she was crazy about tennis balls.

We soon found out that Libby was full of anxiety and that tennis balls were her security blanket, to the point of obsession. She pulled endless on walks and it was obvious that she was very concerned about what might be coming around the next corner. If what came around the corner was another dog, she would cry, bark, lunge, and essentially turn into a whirling Tasmanian devil.

The center of our training focus has been to help Libby gain confidence and look to us for a source of security when she feels vulnerable. We started by replacing her tennis balls with other toys and lots of play and physical activity. Clicker training has been the main training method and has been used for a wide range of training from basics (sit, down, stay) to focusing on me while walking. She has quickly learned to look at me when she sees another dog, often sitting and looking up at me while we let the other dog walk away at a distance.

After desensitizing Libby to a Gentle Leader, we also incorporated one into our walks, along with click and treat, for a few months to help with her pulling. We now walk her with just an Easy-Walk harness with only occasional reminders not to pull.

As far as her reactions to dogs while walking, I knew we were well on our way to success a few days ago when, shortly after starting our walk, a large dog started barking at her from behind a fence. Although she was obviously worried, she looked to me for reassurance and was quickly rewarded with a treat. The dog’s owner was outside and remarked on how well Libby handled the dog barking at her. As I was explaining Libby’s concerns about other dogs and the work we have been doing, another smaller dog ran out from its yard into the street toward Libby, barking fiercely. After our initial surprise and the second owner running after the dog to call it back, I asked Libby to look at me. She quickly sat down and looked straight up at me. Both owners of the other dogs poured praised on Libby and said how wonderfully she handled the situation. We continued on our walk with my heart bursting with pride for my little girl.

Libby is also terrified of skateboards. That’s our next project.