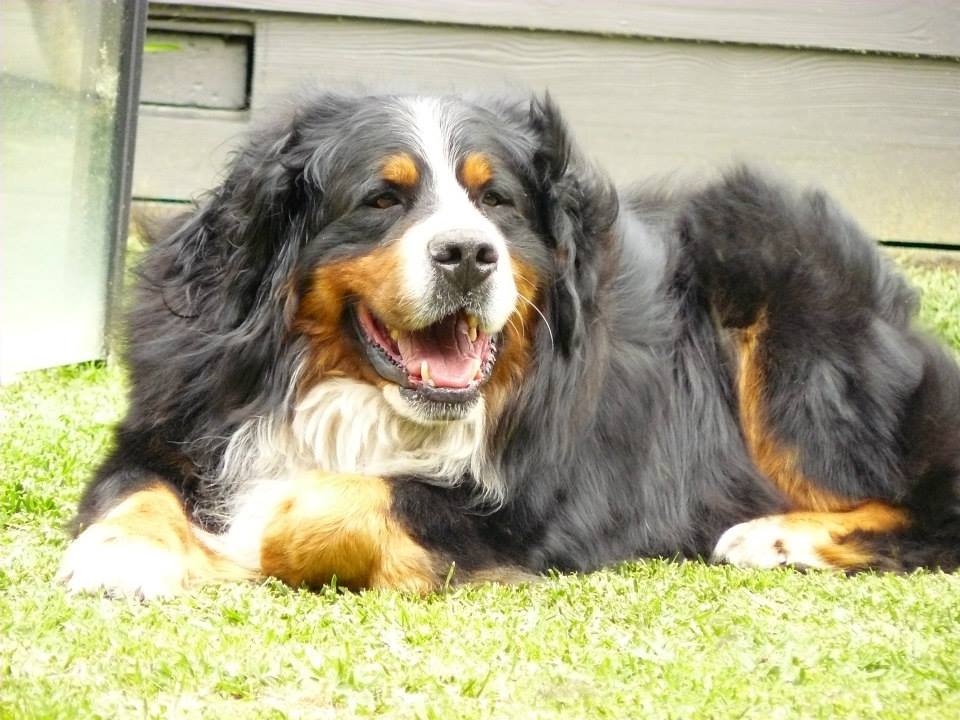 Humphrey was rescued from a puppy mill 1 year ago after spending approx 5 years in a cage. His health issues were the easiest thing to overcome. For the first 3 months he cowered in a hole he dug in the backyard.

He would not look at you and would not stand when you were near him. We ignored suggestions such as – you should put him down, you need to put him on drugs, you need to force him. We watched every episode of "It's me or the Dog" we could get our hands on.

Humphrey didn't do anything "bad" – he just didn't do anything ! We were gentle, we didn't push, we just "hung out" with him, we dropped treats near him for no reason at all. Then we tried to move him. We used Victoria's body blocking technique rather than pushing/pulling him around and it was a game changer. Next step was a lead. For the next 4 months he would wee himself when he saw it. So we laid it near his bowl, held it in our hand while we were patting him, put it on his bed, let him see us taking it on and off our other dog and taking her for a walk.

We had friends with dogs come to visit (he loved visitors) then we took him to friends houses with dogs. Every experience was positive. We have never raised our voice to him, we have just let him do things at his own pace. Maybe it took longer than it needed to but 12 months later we have an almost normal dog who was the star of our Bernese Mountain Dog Club walk last weekend.

More of his story can be found here : www.facebook.com/HumphreyBBolton.