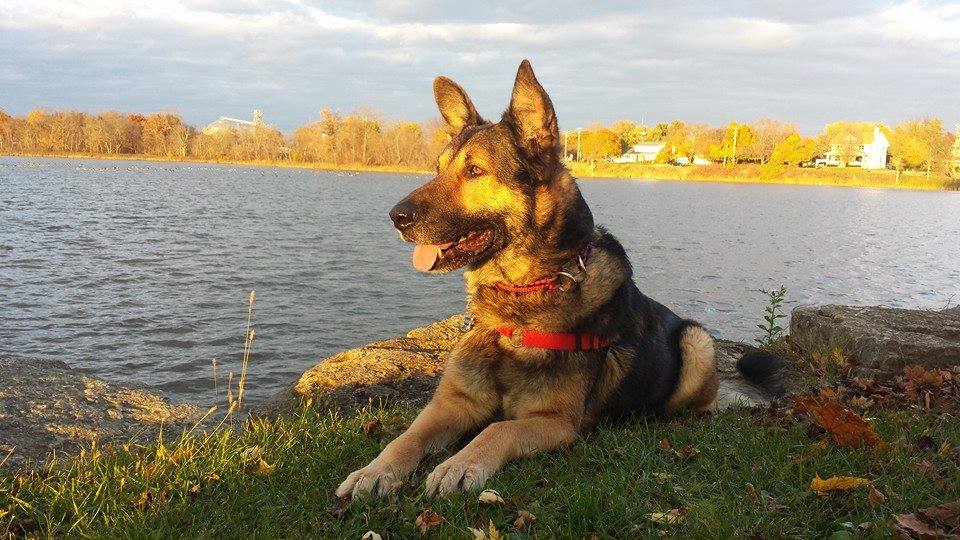 This is Chief, a German Shepherd I rescued March 30, 2012 when he was about 3. I got him from an abusive home. How I knew of the person that had him is somewhat complicated, but the woman offered him to me because she said she hated him. Someone else that lived in the home to told me what happened to him.

They had him since birth and she told me he was locked in a bathroom most of his life and refused any human contact. They only fed him when they felt like walking down the stairs. He was beaten, punched, and kicked. They then put him in a crate that was too small for him to stand or lay down.

When I rescued him, he was skinny, coat color was dull and it felt like sandpaper. I knew he was going to be a lot of work and I was prepared for it; well I thought I was.

I took him on his first walk before I let him go into my home and that's when I realized he had insane aggression towards men. I literally couldn't be within eyesight of a man and he would be so insane. He was scared of everything: hats, bags (still is a little), soda bottle fiz, fast movements, basically everything since he was locked away.

Then a few weeks after I got him, we were chased down and he got attacked by a pitt/mastiff. It was a long and horrific fight, so after that he became dog aggressive too. When before the fight he was perfect with other dogs.

He was also a horrible counter surfer and had severe food aggression. It was so bad I couldn't walk into the same room as him. He dented his bowl and choked himself if he saw me. My biggest and most challenging issue to get through was I couldn't do a training session with him because out of nowhere he would get afraid, start shaking, pee on himself, then run and hide under the bed.

I realized all of these things within a couple months of me having him. I was certainly overwhelmed at everything, so I sat down and started watching every video Victoria Stilwell made, read everything and decided to tackle one thing at a time. Her videos and show helped me train my other dog, Smokey.

We started with Chief's men aggression. We sat in my apartment at our slider door with him on a leash, and I would give him treats when he did not react to a man walking by. We slowly would move closer and closer to the door doing the same treating with no reaction. We did have to move back some times, but gradually moved to having the door open with him still on a leash. Then on walks, I would walk at a distance going the same direction as the man and treating when calm and I would move further back if I saw any reaction. I then moved to asking men sitting on their patios if I could sit near by and give my dog treats. This part was the real break through for him. We then went to parks, pet stores--anywhere with people--and I brought his favorite treats and had men give them to him. He is now great with men. 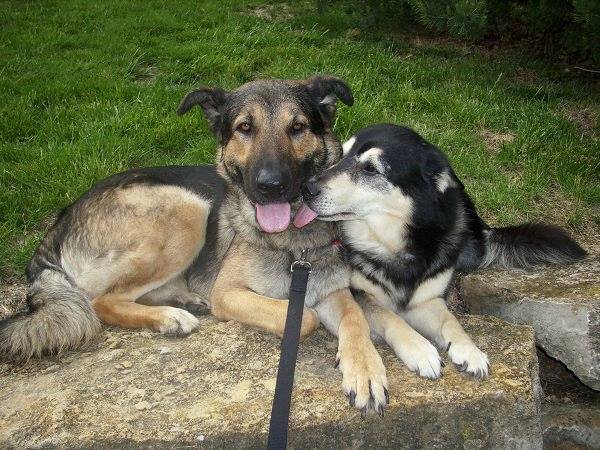 We did basically the same thing with his dog aggression. Would sit outside in a place that had dogs at a dog distance and we would treat and praise when he was calm and would move back a step if he reacted. He loves dogs so much now and is so very gentle when he plays.

His food aggression was difficult to get him out of, but Victoria's video of food aggression was a live saver. Though for a while, I just put the food on the floor and I would back up and then he looked up and I would give more. We worked up to using his bowl. It took quite a while to be able to move to tossing a yummy treat in the bowl while he was eating. He's not perfect yet, but pretty close. We are still working on that.

For his counter surfing, that was very hard to try to get him to stop. I tried everything but he would still do it. He actually quit doing it when I moved.

Now for the one that was the hardest training, I actually though training him would be easy. I trained my other dog when I was 9 all from watching It's Me or the Dog. It was my favorite show in the world and she was a huge role model for me. With training we went back and forth so many times. This was the part that was the most frustrating.

I would basically give him treats for nothing just a reward. At random times me standing up, reaching at the cabinet for treats, handing him treats he would get so scared that he would completely shut down, shake, lay on his back and pee all over himself. Sometimes we would go good for a few weeks or even months and I would try to do the exact same thing I had been doing so we would continue to progress and then he would do it all over again out of no where. This was a huge work in progress and it would make me cry that I couldn't figure out what was triggering it to and at times I gave up for awhile and stopped trying to train anything and just give it a break.

I didn't figure I would be able to train him anything like my other dog, but I was wrong. It just took a lot of time and pure positive training. I still can't believe that I can say he adores training and learning new things now. We always make our training sessions short and end on a good note.

When I look at Chief now it is still very hard for me to even believe how far he has come. I have had him 2 1/2 years and he has taught me so much. He taught me patience, understanding, and that each dog is an individual. He also helped me through the passing of my dog Smokey whom I had for 18 years. 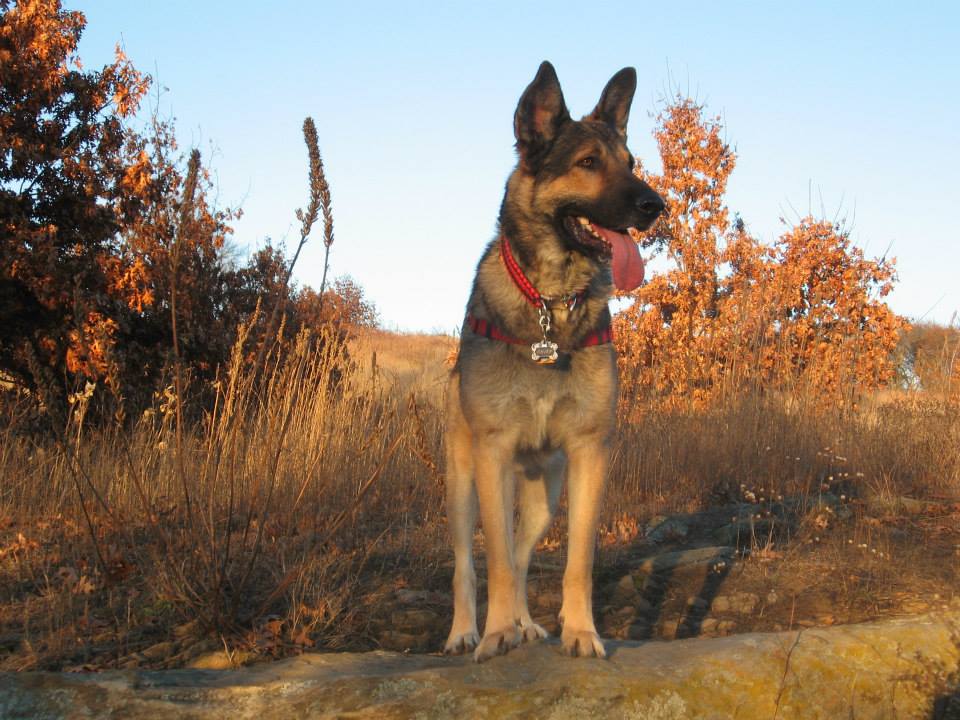 Before I got Chief, I fully planned on getting my 1st German Shepherd from a reputable breeder that I picked out, but I am so happy I chose to rescue him instead. I don't know where I would be without him. One thing I do know is without positive training, Chief wouldn't be where he is today. I am so proud of him. We do still have some things we need to work on, but I will never use any other method of training thanks to Victoria Stilwell.

Here is a video taken June 2014 of Chief and I training https://www.youtube.com/watch?v=yd89xJcp8f4