Victoria's article on scent marking for The Bark magazine is now available online. 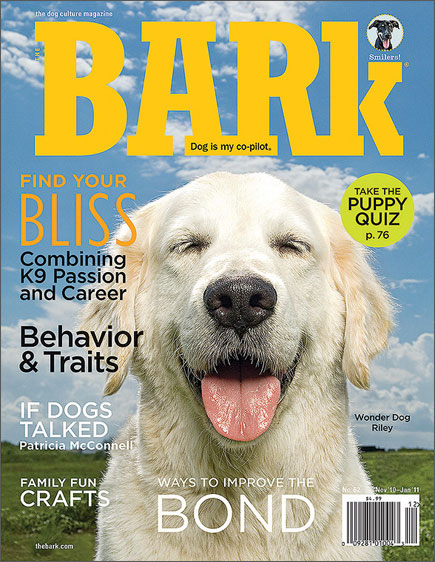 Excerpt:
Q:   We had two questions for Victoria on the sensitive issue of marking and inappropriate defecation. One involved a young male dog adopted from a shelter who, the owner wrote, “is an ideal playmate for our female dog and is perfect in all ways but one: though we walk him multiple times a day, take him out after meals and pay close attention to him, he still urinates in the house, and will even mark us with urine. We’ve taken him to the vet and he received a clean bill of health.” The other involved a female who had a hard beginning in a puppy mill; her owner noted that she “sometimes will poo while lying in bed or sitting on the couch with us, sometimes even while sitting on our lap. We’ve tried (with limited success) to anticipate her need to go outside, but this has us stumped.”

A: Scent marking is a very normal and common behavior, particularly in male dogs, but it becomes a big problem when marking occurs in the home. Dogs mark to advertise their presence and to claim territory and resources. Urine and feces contain pheromones, or chemical messages, that convey information — age, gender, health and reproductive status — about the dog doing the marking.

One thought on “Victoria’s article in The Bark – Scent Marking”