Watch ‘It’s Me or the Dog’ on Hub Network! 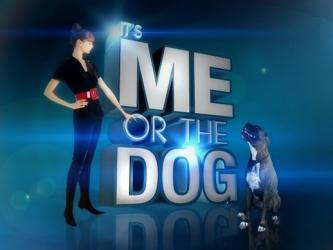 Have you missed seeing 'It's Me or the Dog' on TV? Do you want to get some great training advice from Victoria? Well, now's your chance!

Discovery's Hub Network will be airing episodes of 'It's Me or the Dog' from August 17th-22nd. The feature comes as part of the network's 'Bark Week,' a week full of canine programming for dog lovers of all ages.

The week kicks off on Sunday at 11pm ET with 'Hollywood Hounds,' where Victoria enters a chaotic household with four dogs, three cats, two careers, and one toddler. Look for other episodes including 'The Prince of Chaos,' 'The Triplets of Terror,' and many more.

This is a great opportunity for fans to catch their favorite episodes throughout the week--and don't forget to set your DVR so you can watch them later!

Check your local listings to catch the episodes playing in your area.

Tags: episodes, hub, hub network, It's Me or the Dog