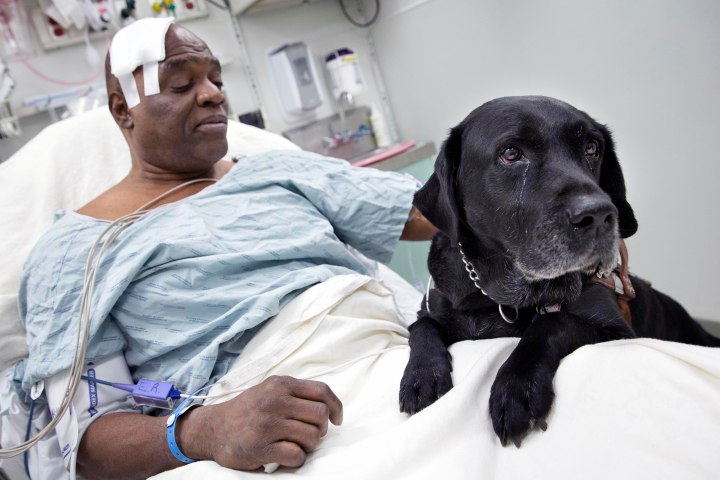 I have always had a special fondness and appreciate for service dogs, and this story is a beautiful reminder of the difference they make in our community.

61-year-old Cecil Williams was headed to a routine visit to the dentist with his guide dog, Orlando, when the unthinkable happened. As the pair stood on the platform waiting for the train, Williams lost consciousness and collapsed onto the subway tracks. Despite Orlando's attempts at stopping the fall, they both tumbled onto the tracks. Orlando chose to stay by Williams' side, even as an express train approached. He licked his face and tried to wake the still-unconscious Williams.

Authorities say that the man and dog were in a trough in the middle of the tracks, and were struck by one of the train cars. Incredibly, neither were seriously injured.

Perhaps the biggest miracle of all happened after the story of the subway accident broke. Since Orlando will be retiring from his guide dog duties soon, he will no longer be covered by Williams' insurance. Williams was going to have to give up his canine partner and loyal companion of 8 years, but thanks to an outpouring of support from anonymous donors,  all his expenses are paid and Williams will be able to keep Orlando as a pet when he receives his next guide dog.

Williams credits Orlando with saving his life, although I'm sure that if he could talk, Orlando would tell you he was just doing his job. Service dogs truly are everyday heroes, saving lives without asking for anything in return. This story is testament to the important work that they do, and of a dog's steadfast loyalty to his human companion.

Read more, or watch the video below: