Usually when Jasper spots a rabbit it's over before it's begun as they nip down the nearest burrow or into the nearest gorse bush before he's weighed up the odds. But the bunny he spotted today must have been a distance from home, or lost... he was also in the clay pits so Jasper was going uphill, downhill, (quite nippily for him, he's usually got the turning circle of the Ark Royal)

I'm glad to say the rabbit got away, and Jasper just about had enough energy to walk home again

No action shots, I'm afraid - these were taken after. 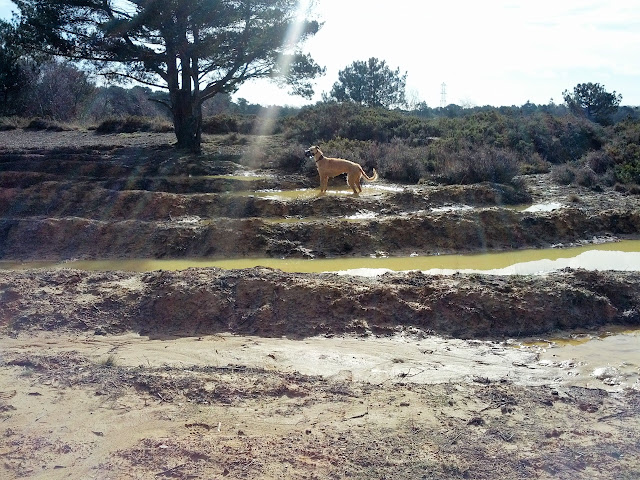 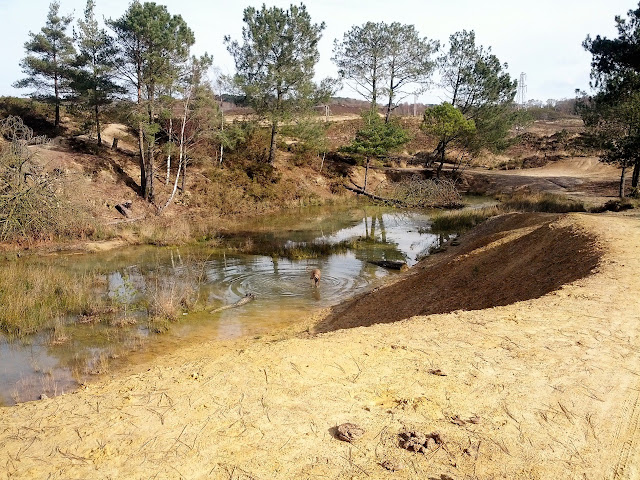 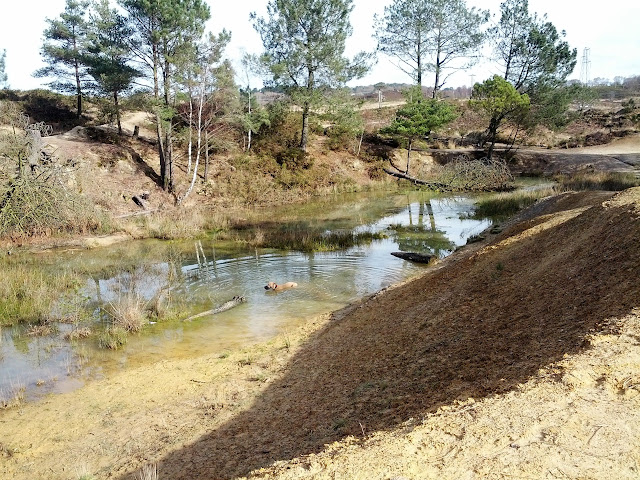 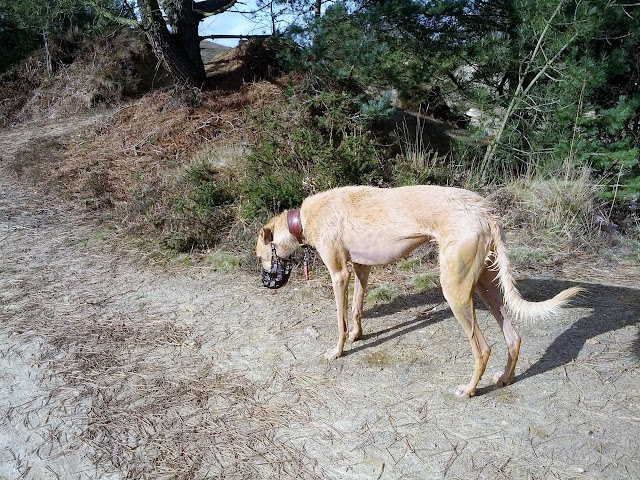 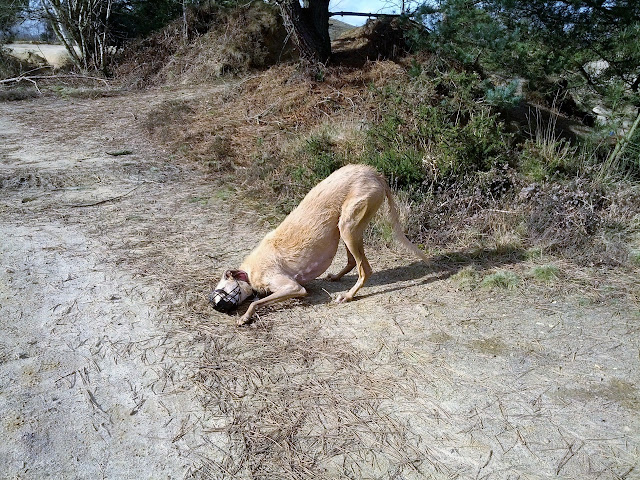 The second to last one, he looks very tired!

I usually instruct Delta to chase squirrels as a reward for recalls or eye contact or something, because they run about ten feet and then are up a tree. Recently, though, even though we were in a forest with trees every five feet, the squirrel he was chasing wasn't going up trees...after about ten or fifteen seconds I called him off and the squirrel ran a bit more before finding a tree to escape up. Silly thing! (Delta got many dried kidney chips for leaving the squirrel in the middle of a chase.)

He was tired, he's got rubbish stamina

I took his muzzle off a minute after that to make sure he could pant as effectively as possible - I think I might have to move over to his summerweight one.

Well done Delta for recalling from a suicidal/stupid squirrel

Jasper isn't too interested in squirrels, though he may chase them for fun. I don't even bother calling him back from rabbits or deer though. He might come back from a rabbit, but more likely he'd be completely deaf.
Jasper, lurcher, born December 2009
Top

A retriever is totally different from a lurcher in what he wants to do at any given time, though! Otherwise I wouldn't be able to let Delta out in the yard without a leash, given the half-tame deer who hide just out of sight until you step outside.

Coming back to their person is part of a retriever's genetic mission, which definitely makes them easier to train a recall for.

I know the retired racing greyhounds that used to populate our neighborhood (upwards of half a dozen for a couple decades) were NOT walked off leash. Definitely not.

I'd never thought of poodles as retrievers, but I've had a google and found out more

Maybe Crufts should move them from Utility to Gundog - though I'm not sure if there are any working poodles in the UK.

Yes, it's a rare lurcher that can be called off the chase, though there are some. To be honest, I don't even try, as I don't want him to learn he can ignore the whistle. Though I did once try to recall J from a deer and he returned, much to my surprise - then I realised he'd been running through gorse and his tummy was a mess of scratches

I'm quite smug about how good his recall is

Bax is certainly no poodle. I've called him off of cats and chickens before (back in the day when i let him off leash) but after one failed recall (when he got the chicken) i just dont trust him off leash anymore. Given a strong tail wind Bax can FLY, he'd be gone in a heartbeat

I don't imagine terriers, as a class, have a need for a strong recall which might explain my difficulties.