The profile from the rescue says that Gus is an Australian Shepard mixed with possibly Dachshund (his littermate has short legs). I asked if they might think he's a GSD but was told Aussies are more common in that area. I'm very curious about what type of dog we have on our hands! I don't think he's been with us long enough to determine if there's anything behavioral that he does that I can pinpoint to a breed. He is more focused on birds than pretty much anything else on our walks, to the point that he freezes when he sees a bird and if they hang out on the ground long enough he'll try to run toward them. Other than that, nothing stands out to me.

A note on his coat: He was found about two months ago suffering from mange, so we're told he'll be pretty fluffy once his fur grows in.

Please take a look at the photos and let me know what you think!

These are the photos from the rescue. 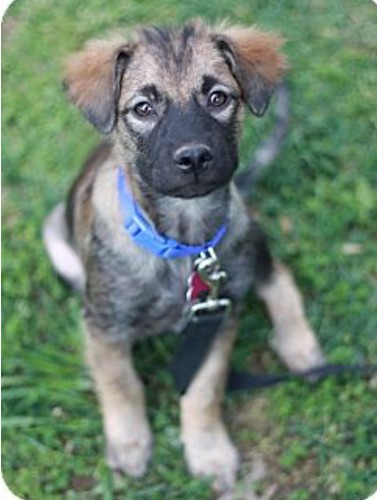 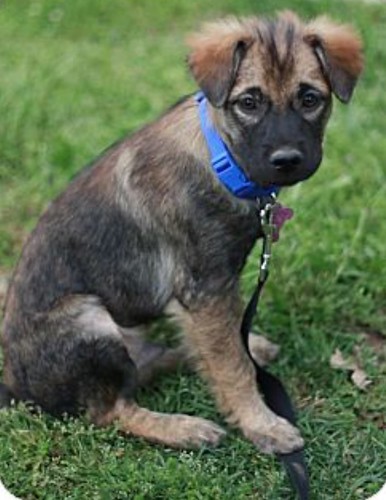 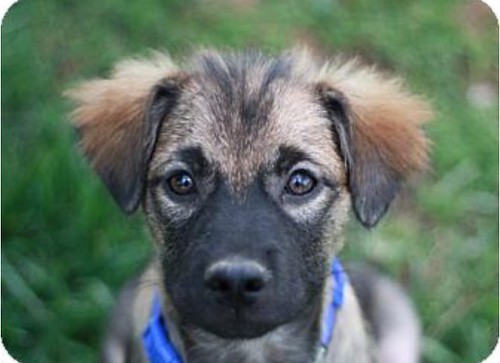 These are photos I've taken since he arrived nearly a week ago. Here he is initiating play with an 8-month-old GSD, and an 8-year-old Chi (?), to give you some perspective on his size. 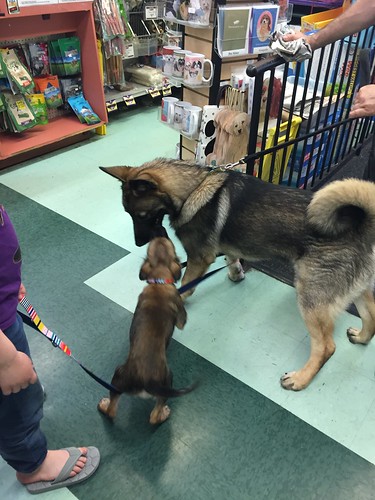 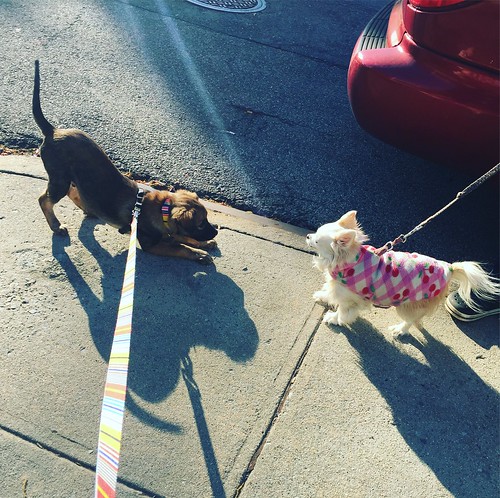 And more from various angles. 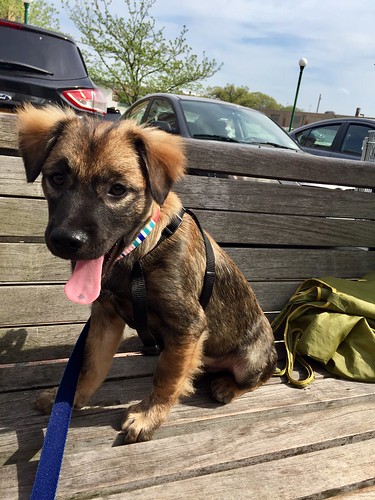 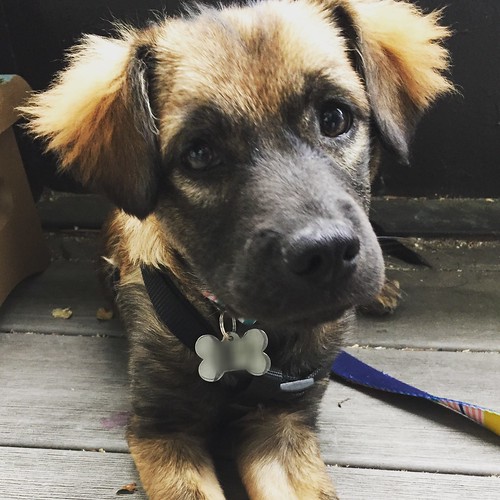 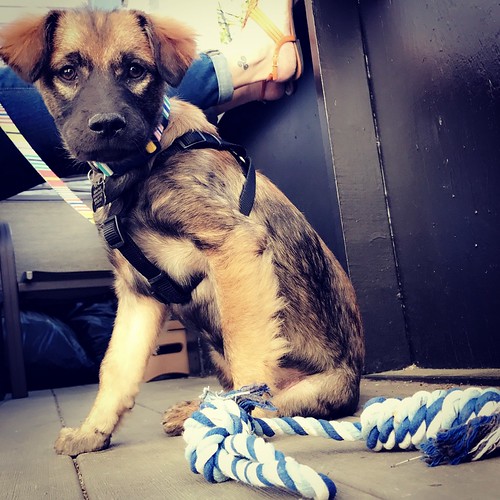 Thanks to anyone with insight!
Top

The head shape doesn't scream GSD to me, but telling a mixed pup's breeds is especially difficult when they're young! How much does he weigh?

There is also the possibility that he's both

Never mind his littermates - the b itch probably mated with more than one dog, so each pup could have a different father.

The broad muzzle is telling me there is more in there than GSD and/or Aussie. Certainly no dachsie in this pup. But what else? We shall have to wait and see as he develops. What was his dam?

Looks a wise one.
A dog is never bad or naughty - it is simply being a dog

Thanks for the insight, Nettle, as always. Unfortunately we don't know anything about his parentage. The rescue was just guessing as they were found in a different shelter before they took him in to get fostered.

We'll see how he develops indeed! It's anyone's guess at this point! Thank you everyone!
Top

I do think there is a look of one of the European flock guards, eg leonberger type. But he doesn't look as if he's going to be all that big - does he fit his feet yet?

I get so annoyed when rescues make things up about dogs' breeding, because so many people believe them. If they would only say they didn't know, it would be a lot kinder.
A dog is never bad or naughty - it is simply being a dog

I'm so proud that he seems really excited to meet dogs. He plays super rough and has met very tolerant older dogs, big and small.

Check out the body language on this photo, they're touching paws and looking away at the same time. This 10-month-old kept running away from Gus, but when I took him away from the area, the dog came looking for him! 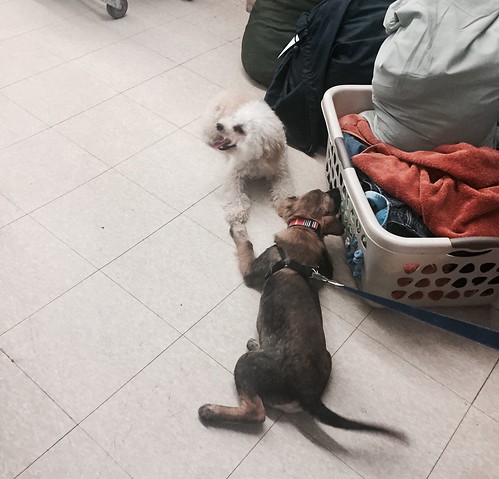 What I meant about the feet fitting is that pups grow into their feet, so it's a good if rough idea of how much growing there is left to come when the feet no longer seem too big for the rest of the pup. Puppy GSDs for instance look like radar ears and snowshoes with not much puppy in between. The amount of knuckle on the front wrist joints is also a good indication of how much growing is left - when the wrists no longer seem too big for the legs, adult height is not far away.

This is only partially applicable to breeds with abnormally short legs - paws yes, wrists no.
A dog is never bad or naughty - it is simply being a dog

But here's a development! His mom and two more littermates have been placed in the same foster home that he just left. They all have mange as well. 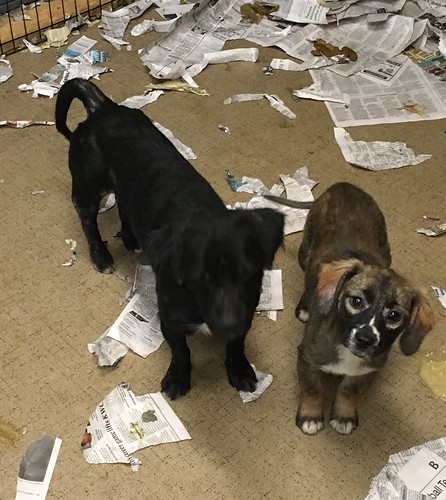 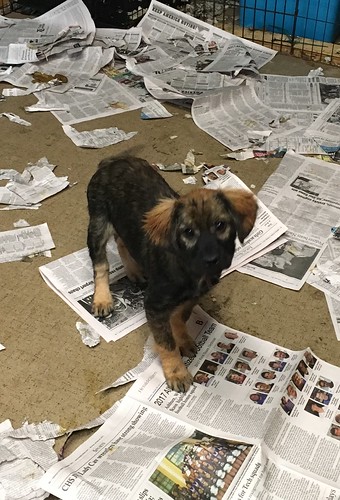 My mentor has found that dogs tend to grow up to be about twice their weight at 4 months/16 weeks. I don't know if this applies as much to giants or toys, but it has been about as accurate as any other guess for the average sized dogs I've seen.

Delta was about 23 lbs at 16 weeks, and ended up about 45 lbs, when males of his line are usually closer to 55-60 lbs. (If they're anything like Delta, it's not from overeating. If I measure out too much food, he'll just leave it behind! He only eats as much as he needs.)