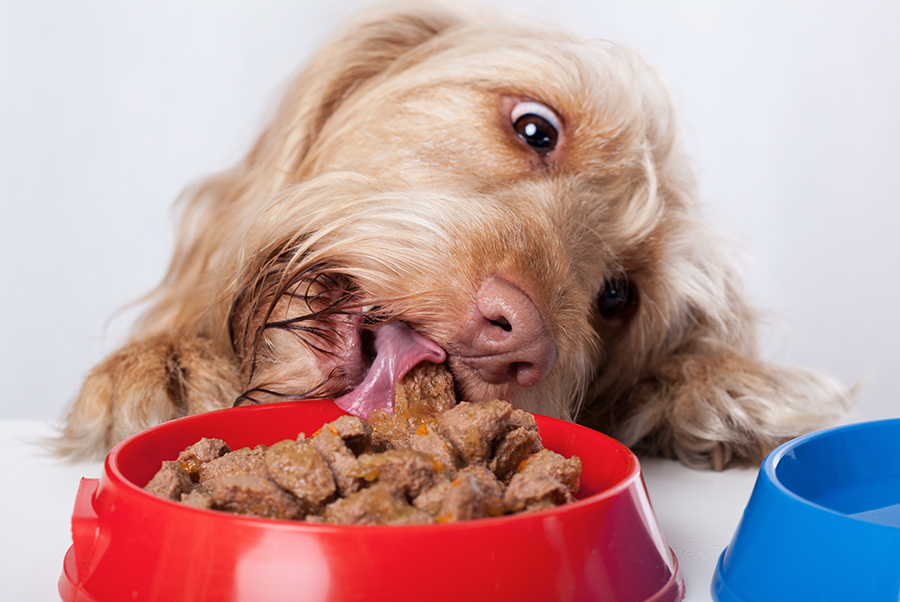 Taste and smell are closely linked, and although a dog’s sense of smell is superior to ours, their tasting abilities are probably not as sensitive. A dog has only 1,700 taste buds – far fewer than a human’s impressive 9,000. Dogs can detect sweet, salty, sour, and bitter tastes, but it is doubtful they can discern subtle taste differences in food as a human can.

Although humans do not have taste buds that are tuned for water, a dog’s sense of taste for water lies on the tip of his tongue—the part that laps the water up. When a dog eats salty or sugary food, his sensitivity to the taste of water increases. This ability may have evolved as a way of encouraging a dog to drink and keep hydrated while eating meat that has a naturally high salt content.

Taste deterrents such as bitter apple or lemon are designed to prevent dogs from chewing things they should not. These substances are frequently put on furniture, walls, or whatever the dog is chewing in order to stop the behavior, but they often do not achieve the desired result because some dogs actually like the taste of these substances, licking them off quickly in order to get to the other good stuff underneath. In this case the object should be removed or access prevented.