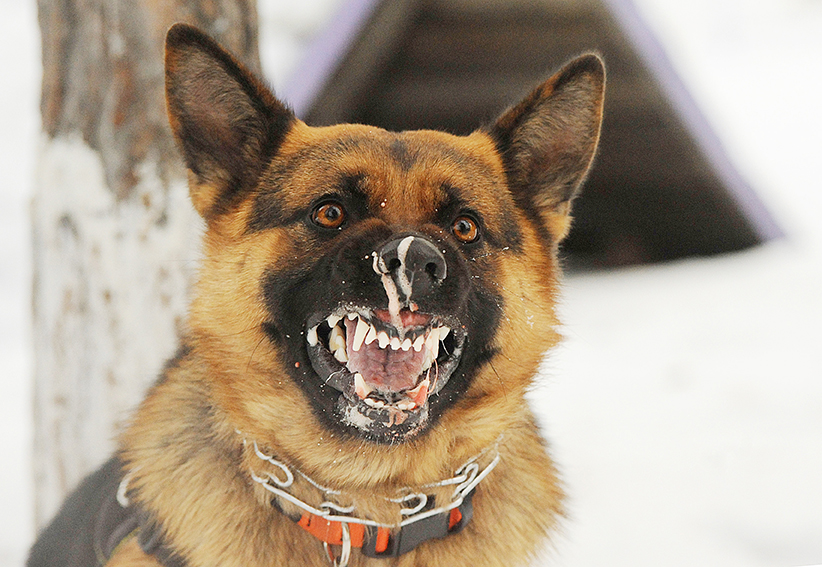 This dog is wearing a prong collar, which is not suitable for ANY dog, particularly a dog showing aggressive behavior.

Positive training does not only work on small dogs with minor obedience issues – it is also by far the most effective way to treat severe anxiety and so called ‘red zone’ aggression cases. (The term ‘red zone’ has become synonymous when describing severely aggressive or reactive dogs.)

On It’s Me or the Dog, her other shows and in private practice, Victoria and other positive trainers around the world successfully rehabilitate big, powerful dogs suffering from severe aggression issues on a regular basis.

But instead of fighting aggression with aggression (a game-plan that usually results in someone eventually getting bitten), a qualified positive trainer is able to truly change the way dogs feel for the rest of their lives using force-free methods – not just the way they are acting at that moment.

In order to effectively manage aggression and anxiety-based issues, you must first understand why the dog is doing what he is doing and then work to address the root cause of the problem, not just suppress the symptoms with punishment.

Too often, compulsion trainers misdiagnose the real cause for dogs’ behavior, meaning they apply forceful dominance-based treatment protocols that are ineffective at best and very dangerous at worst. These methods often appear to 'work' because they do indeed stop the dog’s behavior at that moment, but this success is usually short-lived because the dog’s instincts and reactions are merely being suppressed temporarily – not truly changed.

To put it in human terms, if you keep figuratively punching someone, they will eventually figure out that if they stop doing the thing you do not like, you will stop punching them. They just will not like or respect you very much and they will very likely fear you.

Bottom Line
Just like a human undergoing psychological treatment, there are no shortcuts to changing how one thinks and feels, and it takes time to achieve true success, especially when the problem is a deep rooted, emotional one, such as aggression.