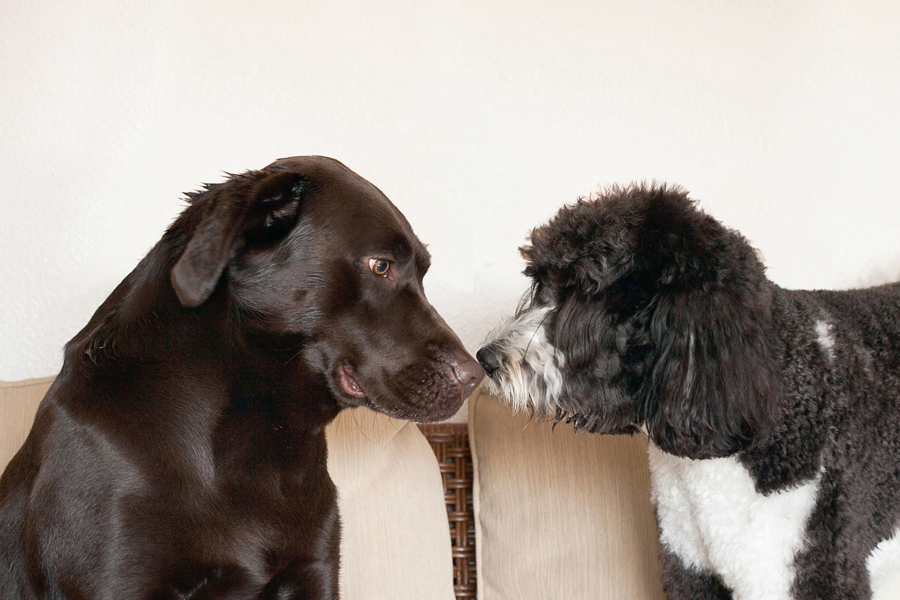 Tension between dogs that live together is very common, especially when a new dog is introduced into the mix.  Existing dogs are not able to choose their new ‘brothers and sisters’, so it is up to you to ensure introductions go as smoothly as possible by following some general guidelines.

If relations do not go well, then the above tips can still be used to form a program where the dogs are slowly conditioned to feel good about each other’s presence.

Both dogs need to be carefully managed so that they are never left alone together without supervision and should be provided with separate areas for safety and relaxation.

If fights continue to occur on a regular basis resulting in trips to the veterinarian, the decision to re-home one of the dogs needs to be made.  As much as we humans do not like to fail, it can be very stressful for a dog to live daily with the continual threat from a canine adversary.