Home >> Positively Contributors >> Why Should You Vaccinate Against Parvovirus?

Why Should You Vaccinate Against Parvovirus? 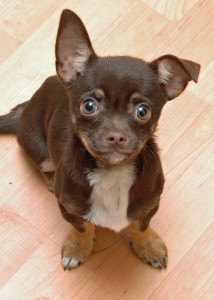 To some dog owners, the issue of vaccination is controversial—should it even be done? But to anyone living in developing country where most dogs and cats are not vaccinated or to anyone unlucky enough to see an outbreak, the issue is a no brainer. Take the following historical case in point.

Unknown infectious agent drops dogs in droves.
It was a scorching 90 degrees and the young stockbroker, in a hurry to reach the comfort of his air-conditioned house, was taking a short cut through the park. The area looked pristine, but little did he know, thousands of microscopic organisms were collecting on his shoes. They weren't after him. He was just their transport. What they really wanted were his two pups. And they would wreak havoc with them when they met.
"I was vacationing in Cape Cod when it hit," says Dr. Leland Carmichael, a veterinary virologist at the Baker Institute of Animal Health at Cornell University. I received an urgent call from my lab. 'There's something strange going on here,' says my associate Dr. Max Appel. 'We're being inundated with fecal samples.'
That July 1978, dogs were dropping in droves to an epidemic of diarrhea the likes of which had never been seen. Veterinarians all over the U.S. were sending samples to Carmichael's lab in hopes that the watery excrement held the clue to the mysterious outbreaks. Carmichael and Appel evaluated the samples under the electron microscope, a gargantuan magnifying device, and in record time they had a suspect. It looked surprisingly familiar. Like a cat virus they knew well. And after further tests, they knew for sure it was a relative. A new virus. They dubbed it Canine Parvovirus.
Identifying the beast was only the first step. With diarrhea in adult dogs spreading across the U.S. and a more fatal form showing up in young puppies -- sudden death due to heart failure -- Carmichael and company were under the gun. "We dropped all other research," says Carmichael, "and embarked on a crash program, directing all our resources to the new virus." They needed to know more about the virus so they could find a way to stop its lightening spread.
The task proved challenging. The virus replicated quickly and was passed easily through diarrhea. Plus, it was practically impossible to kill. The particles could live in the environment for months and were resistant to most disinfectants other than bleach. This meant that anyone and anything traveling through an infected area could transport the virus. As a result, even kennels and households with no history of contact from outside dogs suddenly spiked disease.
In the following months, Carmichael's lab was flooded with over 10,000 telephone queries and thousands of cases were diagnosed from samples from around the world. But luckily, by October things were slowing down. The virus was highly infective with possibly hundreds of thousands of dogs falling ill, but only about 5% died. Because those that recovered were immune, the population was gaining a natural immunity to the disease. New cases mostly involved puppies.
This natural immunity didn't stop the disease though. While the first commercial vaccines were marketed in 1981, they weren't in time for a second more deadly wave of disease in 1980. This time fewer dogs were affected but more died. The virus had mutated to a more deadly form affecting primarily dogs under five months of age and killing whole litters of younger puppies.

Preventing parvovirus infection by vaccinating
Today we have a number of good vaccines against parvovirus and we no longer see nationwide outbreaks. However, every year, hospitals see micro outbreaks and occasionally large outbreaks of over 100 dogs occur, especially at shelters. In fact, if you work at a shelter, you are likely to see an outbreak of distemper or Parvovirus at least every several years. And infectious disease is such a prominent issue at shelters that there’s now a well-established specialty in veterinary medicine called shelter medicine. The veterinary specialists in focus on keeping large groups of animals healthy rather than just focusing on the individual. They set up programs and make choices that ultimately keep more animals safe. Even in the absence of actual outbreaks, many individual cases or Parvo infection occur. In 2009 one of Oprah Winfrey’s puppies died of Parvovirus infection after staying at an animal shelter in Chicago. (http://www.examiner.com/pets-in-boston/oprah-s-dog-dies-from-parvo-dog-owners-urged-to-get-their-dogs-vaccinated-for-parvovirus)

Why does parvovirus still persist?
Parvovirus persists because the virus is highly infectious and difficult to destroy. Infected dogs shed millions of virus particles in their feces and potential victims need only ingest a small amount to become infected. New victims can become sick within 4-7 days of exposure. Secondly, although vaccines are available, not all vaccines are equally good. This is where your veterinarian comes in.
Lastly, many dog owners still fail to get their puppies vaccinated and this is the most common cause of outbreaks. Puppies need to be vaccinated in a series of shots every 3-4 weeks starting around 6-8 weeks of age and extending to 14-16 weeks—longer in susceptible breeds such as Rottweilers and Doberman Pinschers. Adult dogs who've never been vaccinated may need a series of two shots to start off, although one administration of parvovirus vaccine is considered to be protective. Both groups should have regular boosters—the American Animal Hospital Association recommends not more than every 3 years. Alternatively, individuals can have their titers taken to see whether they need a booster yet.

How do you tell if your dog has Parvovirus?
Dogs rarely develop heart disease from parvo now, but if your puppy develops vomiting or diarrhea or suddenly becomes listless take him to your veterinarian immediately. He or she can diagnose the disease using a specific diagnostic test. Many diseases can cause diarrhea but parvo is the number one cause in dogs under six months of age. If your dog does have parvo, expect an extended hospital visit. Treatment often requires intensive hospital care including fluids, antibiotics and even a blood transfusion. The total stay can last days and sometimes several weeks and even then, cure is not guaranteed.

To find out why puppies need multiple vaccinations, read Puppy Vaccinations: Why Puppies Need a Series of Shots.

Have you ever had a pet or seen a pet get parvo?

13 thoughts on “Why Should You Vaccinate Against Parvovirus?”