Home >> Positively Contributors >> Why Not Vaccinate For Dog Flu

Why Not Vaccinate For Dog Flu 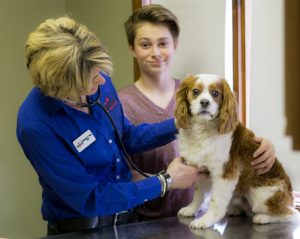 Veterinarians have long been supportive of vaccinating social dogs against the general term we call “kennel cough,” associated more specifically with canine infectious hepatitis and respiratory disease/adenovirus type 2; canine parainfluenza virus (Not be confused with dog flu with is canine influenza virus) and Bordetella bronchiseptica.

In fact, veterinarians have been vaccinating social dogs to protect them against these viruses, and to therefore protect other dogs in the community for many years.

For dogs who ever spend time in a kennel or day care environment, visit a grooming facility, or are social with dogs in any way – the right vaccines to protect against kennel cough and upper respiratory infections has long been considered routine within the veterinary profession. Some boarding facilities/daycare's even mandate this protection.

For the most part adenovirus type 2; canine parainfluenza virus, and Bordetella bronchiseptica can make dogs uncomfortable if they are sickened; a small number do require hospitalization (though that is rare), and a tiny percentage succumb. All of these infections are contagious, so other “innocent dogs” in the community – if unvaccinated – may become ill as well.

Now compare that with dog flu (canine influenza virus or CIV), particularly the more virulent of the two strains, known as H3N2. For starters because the H3N2 strain of CIV is novel, (unless a dog has already recently suffered dog flu within the past year), all dogs exposed get sick, not just many dogs but all dogs. And overall, more dogs require hospitalization compared to the various upper respiratory infections (generalized as kennel cough) noted above. And far more dogs die of CIV , up to three to five percent.

While three to five percent may not seem like a lot of dogs – and it isn’t a high mortality rate (compared to say canine parvovirus or the canine distemper virus) do consider that it’s likely thousands of dogs have been sickened across America in 2017 with CIV.

So, let’s do some math. Say VERY conservatively a thousand dogs have been sickened with CIV in 2017 (again, likely that number is far higher). That means 30 to 50 dogs have died. What if one of those dogs was yours, dying of a preventable illness?

Still, many veterinarians don’t vaccinate for dog flu (for no real reason), while they routinely vaccine for other less infectious, less likely to hospitalize and less likely fatal upper respiratory viruses – just because it’s the way they’ve always done it.

And if boarding/day care facilities and groomers vaccinated, as well as dogs traveling to dog shows and participating in canine sports events, the incidents of dog flu would be reduced very significantly.

What makes CIV or dog flu even more insidious is that around 20 percent of dogs that get the bug don’t get sick – not a single symptom. Certainly, a very good thing for those lucky dogs because they feel great, but they infect other dogs. And their owners have no way to know their dog (who seems well) is spreading illness to others. The CIV vaccine limits this shedding of the virus, which also protects the community at large.

If we vaccinate – as we routinely do – for other upper respiratory infections which are statistically less likely cause as much illness or even death – why aren’t we more proactive about vaccinating then for dog flu?