Why I Went Positive 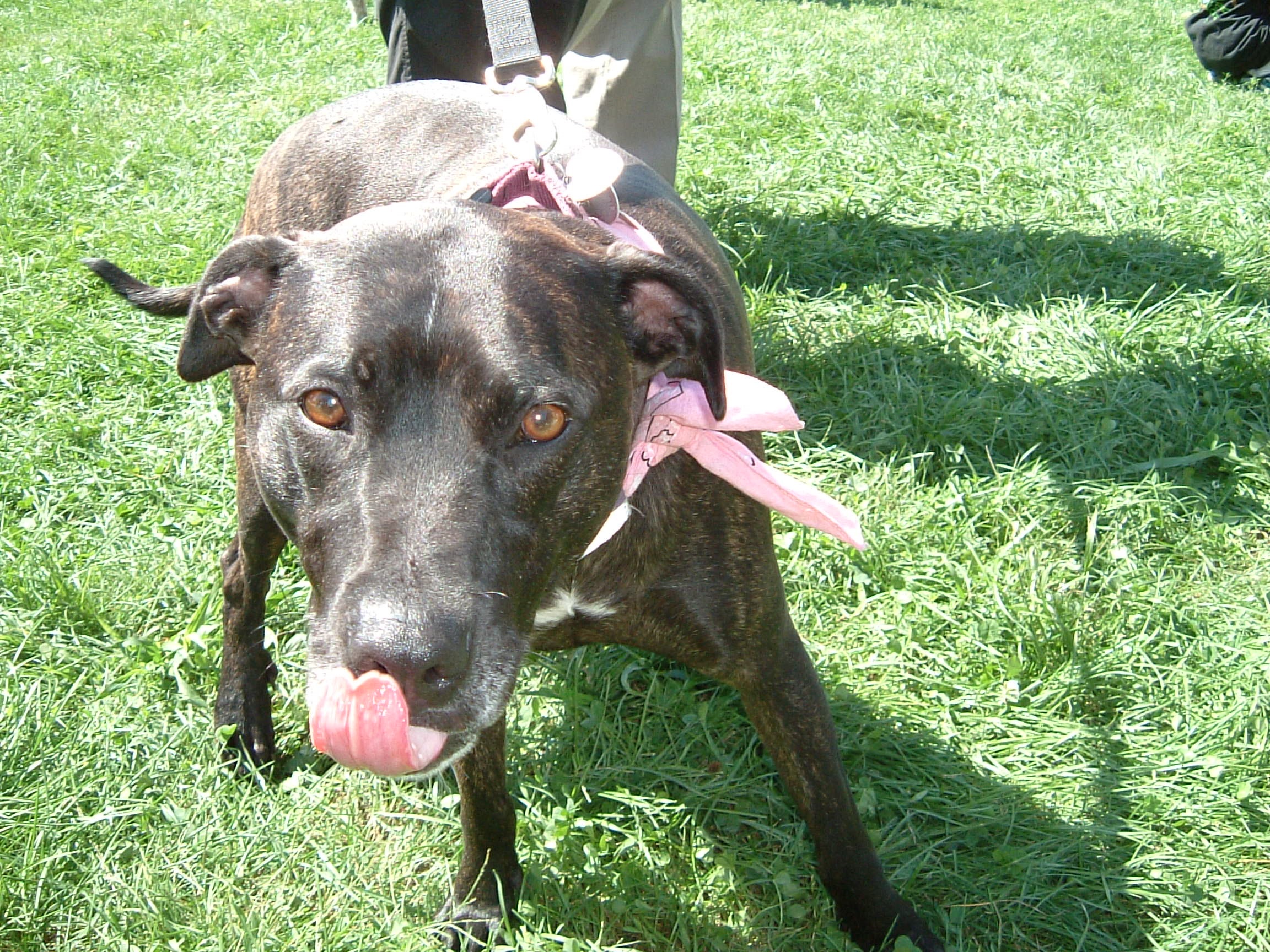 Almost 17 years ago, I adopted a Pit bull. Her name was Claire. She came into my life like a cannon shot and left this world the same way. BOOM! Claire made such a significant impact on me that I created a whole career out of my experiences with her. In processing her death, I started writing in a journal. The journal turned into stories about Claire’s life and the different ways she made me laugh, cry, and even scream. I was recalling the kind of antics that made my cheeks hurt because I was laughing so hard. During the writing process, I saw that Claire’s death left a huge hole in my heart. In that same year, another dog of mine passed away of cancer and my marriage ended. 2010 was rough, to say the least.

After a few years, I revisited the stories I had written about Claire and was inspired to share her story. I had been working with various shelters and rescue agencies over the years, including the ASPCA. I saw the huge misrepresentation of the breed, Pit bull so I wanted to turn Claire’s story into a book. After sharing this idea with lots of people, a new idea was born. The book I am now working is comprised of stories about Pit bulls who have made a difference in peoples’ lives. The goal is to change the conversation people have about the breed by raising awareness and portraying another side of the breed’s abilities and contributions. Through these conversations over time, we will be able to lower the number of Pit bulls in shelters, lower than number of euthanasias on a national level, and lower the number of bite cases. My Pit bull, Claire, and experiences with her is the inspiration for this book. I will not only be talking about different Pit bulls, I will also talk about the breed in general and why I chose to train the way I do, as a reward-based trainer. Stay tuned for more information on this book in the next year!

Claire is a perfect example of why I believe in humane, science-based methods of  training. I adopted Claire at the age of 7 mos. At around a year and half, Claire started becoming reactive  towards other dogs when I walked her around the block. I didn’t know much  about training dogs at that time, so I acted out of frustration and embarrassment–I yelled at her, popped her leash, dragged her in the other direction, hid behind cars, and a variety of other exhausting, but ineffective things. Claire’s behavior only got worse. And on top of that, every time I corrected her, she became more and more worried around me. I listened to the advice of a “dog expert” in New York City and started to growl at her as if I was a dog and intimidate her with my body. I was told I had to be "alpha." Again, her behavior worsened. Finally, I attended a seminar with well-known behaviorist, Patricia McConnell, and was reminded of my old high school lessons of Pavlov’s dogs. I started giving Claire hot dogs on our walks every time she saw a dog. Over the next few months, I saw Claire’s behavior improve. In the realm of behavioral science, Claire was making an association that dogs are good because when they appear she gets hot dogs. What might have worsened her behavior towards dogs before was my reaction towards her. Every time dogs appeared and Claire became reactive, I got upset—all this created a snowball affect. What started as barrier frustration, turned into leash-induced aggression.

A year later, Claire was able to walk past dogs without reacting at all, even if the other dog was reacting towards her—I often didn’t need treats. Since then, Claire assisted in many behavior consultations as the helper dog, acted as the demo dog in group classes, and had an impressive resume as a canine actor, working with P. Diddy and appearing in a national commercial for the Dodge Caliber. She happily lived with 7 other dogs in the home.

Clarity & Harmony…a better way of living with your dog.