Home >> Positively Contributors >> Why I Train Without Force

Why I Train Without Force 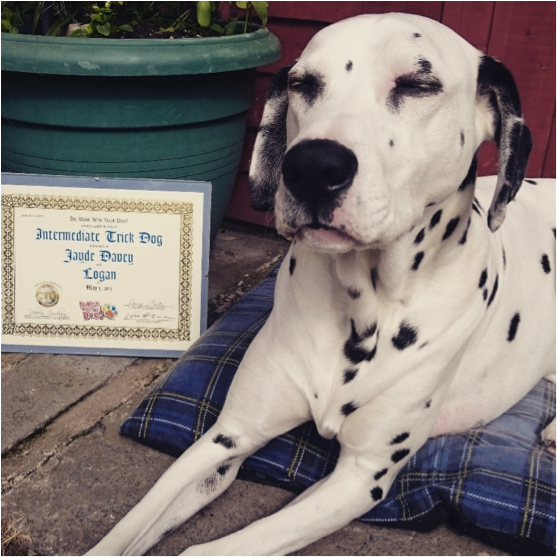 In the dog training ‘industry’ there are several different ideas as to how best to train a dog, which methods should be used and which are outdated or even cruel. However, any behaviour can be taught using force-free methods without the need to invoke pain, fear or force onto our dogs. Tools such as shock collars, prong collars, choke chains, spray and rattle bottles, to name just a few, can be replaced with kinder methods. Using clicker training and reinforcements such as food, toys, praise and life rewards can get the same results. If we love our animals, why do people find it acceptable to cause them pain or fear just for the sake of ‘training’?

When training using shock collars or ear pinches, the dog actively works to avoid the negative stimulus which reduces the likelihood of a behaviour being displayed. These are known as aversives; something a dog will work to avoid. Obviously something one dog may find aversive another will not; take a spray for example: when a dog barks, you decide to spray it with water. Some dogs hate water and will work to avoid it; others may love the water and to them the water bottle would not be an aversive. When you train your dog, you build up emotional responses in your dog for the stimulus linked to training; your dog may become excited when he sees you reach for your training bag or your clicker or even actions such as reaching into your pocket. The same can be said when you train using aversives too; however, instead of your dog getting excited, you start to build up negative associations between your dog and certain stimuli.

If you use a rattle bottle as a punishment, your dog may start to exhibit fear responses to all plastic bottles he sees. If you hit your dog for doing something you consider wrong, he may go on to become fearful of hands or people approaching him. Many people that use tools such as shock collars or prong collars state that they do not cause any pain to a dog. However, there must be some kind of pain or discomfort involved in order to stop the dog from doing what he was doing. There are also many videos online of various trainers testing out certain collars. Many will test it on their arms to prove it does not hurt, but there are some that go on to wear the collar around their necks and you can tell from their expressions that they cause pain and discomfort. This to a dog must be extremely distressing, as he will not understand where the shocks are coming from. 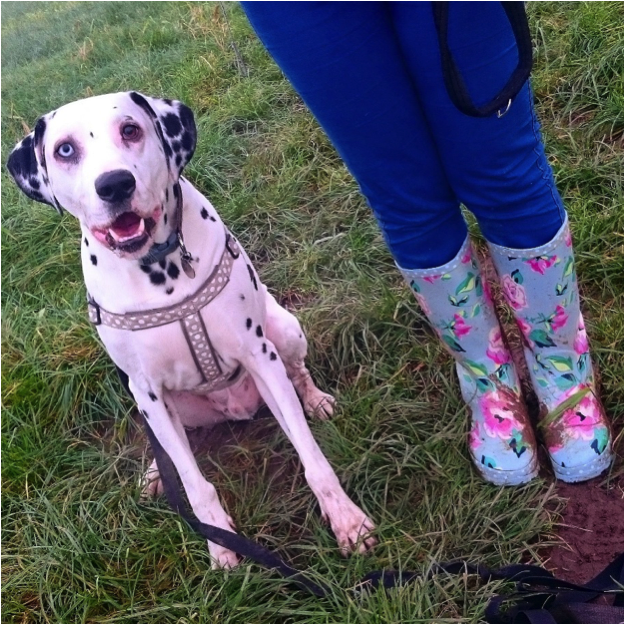 Positive reinforcement works by rewarding your dog for behaviours that you like or would like to see more of. As already mentioned, your dog chooses what his rewards and his aversives are. One dog may love tennis balls whereas another may prefer sausages or a game of tug. The best way that I find to explain positive reinforcement is by likening it to getting paid for working. Expecting your dog to do something just ‘because you said so’ and with no reward is the equivalent of you going to work for zero money. If you had to do your job with no wage you would be very unmotivated, unwilling and you would probably not be having fun whilst you were there. Consider the relationship you would have with a boss who made you work for nothing to one who would regularly reward you and pay you a wage -- which one would you work harder for? A dog that is working for rewards it going to want to work more than a dog being trained with aversives. If your dog has no fear of being punished, he is going to be more willing to offer new behaviours to you during training and is going to have a better relationship with you too.

The one ‘problem’ that many people seem to have with positive or force free training is they see the rewards as bribery. This, however, is not the case. For starters, the reward comes after the desired behaviour. Secondly, once the dog has learned the behaviour, he does not need to be given food every single time he carries out the behaviour. Some people are more than happy to carry treats around with them to reward their dogs throughout the day. Other times you can reward you dog using what is known as life rewards, things like going out for a walk, being fed, being let out or having their ball thrown for them. (Rewards differ for each dog, one that doesn’t fear punishment is going to have a better relationship with their owners and will be more willing to offer new behaviours).

Another issue is that some people consider force-free trainers to be ones that allow their dogs to get away with all sorts of behaviours, with a common nickname being ‘cookie pushers’. This is not true. Instead of using aversives when our dogs do something we dislike, we could use negative punishment which is simply removing something from our dog that he likes. Take for example jumping up. Instead of kicking, shocking or shouting at our dogs, we could turn around and not give the dog any attention until he does something we like, or we could stop playing a game of tug if the dog grabs our hands instead. This is a much less harsh way to train our animals.

I think that if establishments all over the world are able to train animals such as elephants, rhinos, rats, parrots and sea lions without the use of force, why do we not set the same standard for our dogs? If you can solve problem behaviours and teach your dog new behaviours without the use of force, then surely we don’t need to be shocking, choking and scaring them to get the same results. We should want to learn kinder methods for the sake of our dogs.

Jayde is a dog trainer-in-training trying to spread the word about positive reinforcement. She lives in the U.K. with her deaf Dalmatian Logan whilst studying and blogging.

More about Jayde More Articles from Jayde
JOIN THE CONVERSATION

One thought on “Why I Train Without Force”