What you Don’t Know about Bloat can Kill your Dog 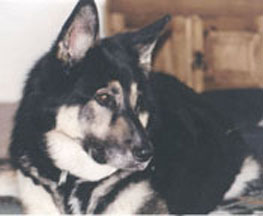 How much do you know about canine bloat? It’s a life-threatening condition, and yet many dog owners don’t even know it exists. Bloat is also known as GDV, or gastro dilation and volvulus. Gastro dilation refers to the dog’s stomach filling with air or food, and expanding. Volvulus, which occurs as well in many cases, is where the stomach rotates, cutting off the blood supply. As the pressure inside the stomach builds, the tissue begins to die. That also affects the heart and lungs, and many dogs will begin to have trouble breathing, develop an abnormal heart rhythm, and go into shock. This is clearly an emergency condition; a dog can die in hours, or less. One little-known fact is that even after a dog pulls through surgery, he’s not out of the woods yet. Many post-operative complications can occur; many dogs die of heart arrhythmias in the week following surgery, so careful monitoring is key.

Some early warning signs of bloat are a hard, distended abdomen, abnormal restlessness or lethargy, drooling, heavy panting, dry heaves, and pale gums. But when my soul dog Mojo bloated at the age of 14, he had abnormal warning signs. He was restless, a normal sign of trouble, but he also began to vomit white foam. No one had ever mentioned white foam in regard to bloat. I thought hmm, he wouldn’t be bringing anything at all up if it was bloat…still, my Mom radar caused me to rush him to the emergency clinic. Sure enough, it was bloat. Regardless of the traditional warning signs, if your dog is acting strangely and you believe something may be wrong—even if you just “have a feeling”—bring him in to vet. Mojo, by the way, recovered and went on to live for another six loving, tummy rub-filled months.

Although large, deep-chested dogs are the prime candidates for bloat (think Danes, Dobermans, Standard Poodles, Boxers, among others), it can happen to any dog. Years ago, it was thought that elevating a dog’s food dish would prevent bloat. Many owners of Great Danes, a bloat-prone breed, followed this advice. Unfortunately, it wasn’t true. We now know that elevating a dog’s food dish may, in fact, increase the chances of bloat. It is also now believed that feeding two meals a day rather than one can help to decrease the chances of bloat.

As bloat can be caused by great amounts of air in the stomach (among other things), food-gulping can be to blame. If your dog inhales his food, there are various ways to address the problem:

1. Feed in a bowl such as the Brake-Fast bowl that has built-in obstructions to slow your dog down. Alternately, place a large object such as a ball or toy (too big for your dog to swallow) in the middle of the bowl, and pour the food around it. It will take some time for your dog to eat around the object.

2. If you feed dry kibble, do the Kibble Toss: measure out the kibble, but instead of putting it in a dish, fling it far and wide! You can do this in your back yard or your living room. (If you have multiple dogs who fight over food, separate them first.) As a dog trainer who recommends the Kibble Toss regularly to my clients, I can tell you that dogs absolutely love it. Even picky dogs become involved in sniffing out the tasty tidbits, and a gulp-fest is avoided.

3. Feed the meal in a kibble-dispensing toy such as the Atomic Treat Ball, Kong Wobbler, or Dog Pyramid, or pack it into a Kong, using a bit of healthful wet food or other mortar. You can even freeze the Kong so it takes  longer to excavate. The added benefit is that mealtime quickly becomes “getting some of that crazy energy out” time.

The good news about bloat, as reported in a recent CNN article, is that “Twenty years ago, the survival rate was 25 percent”…but “With surgery and care, especially if treated early, about 80 percent do pretty well.” Let's all spread the word and help save a life.