Home >> Positively Contributors >> To Compete or Not Compete….Is that the only question?

To Compete or Not Compete….Is that the only question? 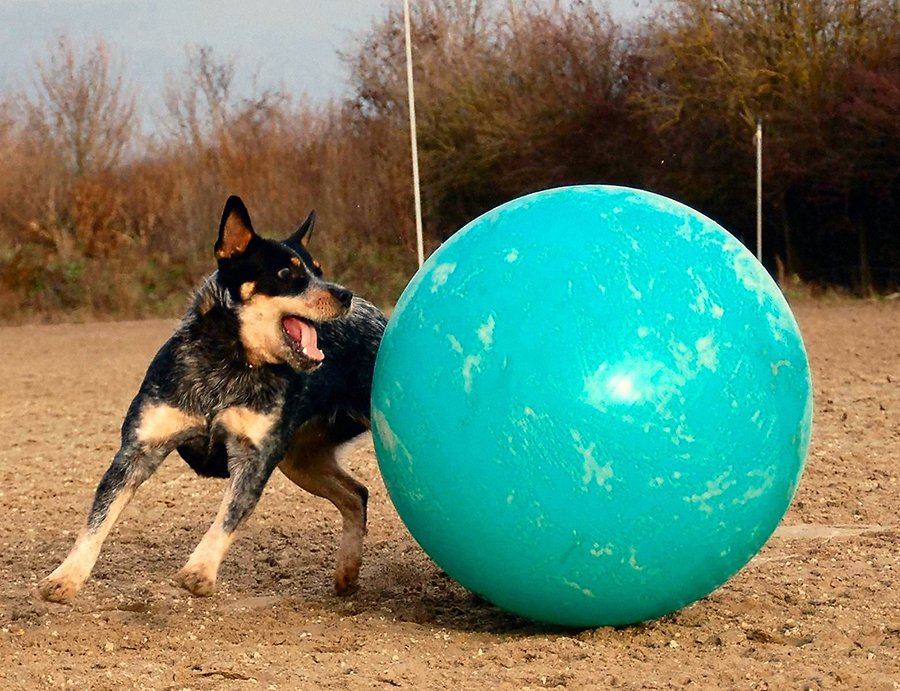 I was driving home from the store the other morning on a back country road and was following this little suburban with a beautiful yellow lab head sticking out the hatchback window.  I could not help but wonder what he was thinking.  Occasionally he would crane his head and neck upwards, scenting the cool morning air.  He looked content, like he had just had a wonderful morning stroll at the park.  All that was asked of him in that moment was to stay within the confines of the car, a task that he did not seem to mind at all.

What struck me about this scene was the complete opposition of this picture and the picture of a competition “fun match” that was described to me by one of my students who had been in attendance the day before.  My student had emailed me the day before to tell me about how a judge had questioned her about why my student had not “corrected” her dog in the ring for not going into a Down position when asked.  Since this was a “fun match” and not a “real” competition, I guess corrections were allowable.  Not sure how “fun” and “corrections” go together, but nevertheless…..My student told the woman that she did not correct her dog for not downing because the dog knows the cue and knows the behavior, but in this situation he was in a new environment and it was a little scary for a small Rat Terrier.  This is a client who knows her dog and understands that it is far better to know your dog and give them choices than to force them into uncomfortable situations.  The Judge/trainer then asked who on earth my client trains with that she had not been taught how to “correct” her dog…..my client proudly told her.

I do not discourage my students from competing with their dogs.  I just tend to teach them a little differently than most of the other dog/handler teams in the ring.  Its always about the relationship no matter what, and if competition is negatively impacting the relationship with the dog then competition should be taken out of the equation.  This has led to my clients to be questioned for their training methods at shows…..in fact, I myself have been questioned at shows with my dogs, however going into the ring and showing the nay-sayers how my dog and I can work positively together and still come out with first place ribbons has been all the proof we need.

Think back to the picture of the dog sniffing out the window and what was required of him in that moment.  Not a whole lot.  In general, we require a lot from our dogs overall, but the question remains will we require that behavior by choice……or by force?  I truly believe that corrections are not needed to teach a dog.  If you look up the word “correction”, one meaning is described as “a euphemism for punishment of various kinds, mainly physical.”  Must we correct/punish to compete?  Not unless we want to damage our relationship with our dogs.  And then we must ask the question of ourselves, if we are willing to damage the relationship with our dog, then why are we competing?  Can we truly say it is “for the dog?”  Don’t we think that if the dog had his or her choice that it might be to hang out the window scenting the air like our Lab friend or chasing a squirrel out in the field?  So if we are going to require MORE from them, such as spending all morning crated up at a dog show and then working obedience in a ring,  what is wrong with doing it in such a way that does make it truly “fun” and does not involve force or physical pain?

Final question, to compete or not compete? It really depends on your motives and how it affects your relationship with your dog.  Only you and your dog can answer that question.

Cathy Bruce is a VSPDT and a CPDT and the owner of Canine Country Academy, LLC in Lawrenceville, GA. After a successful career as a Broadway singer/actress, she decided to pursue her love of dogs. As a dog trainer, she strives to educate owners on how to better communicate with their dogs using only positive methods.

More about Cathy More Articles from Cathy
JOIN THE CONVERSATION

11 thoughts on “To Compete or Not Compete….Is that the only question?”

Is the dog in your home a genius and are some dogs smarter than others? Adam Miklosi, ethologist and founder of the Family Dog...