This Is What Happens to Your Dog In a Hot Car 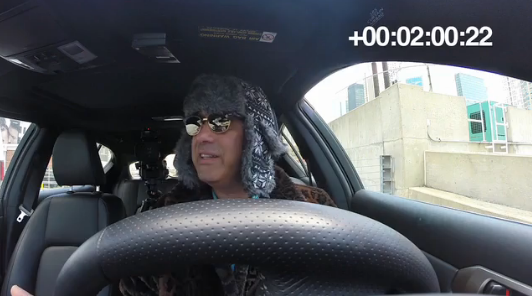 Laws prohibiting animals from being left in hot cars exist only 16 states (AZ, CA, IL, ME, MD, MN, NC, NV, NH, NJ, NY, ND, RI, SD, VT, and WV). And even in these states, there is no law to mandate that law enforcement will take a report seriously when an animal is trapped in the car, though that is quickly changing.

While people can sweat off the heat, dogs pretty much only pant, which isn’t a very efficient cooling mechanism.

Dr. Sheldon Rubin, a retired Chicago veterinarian recently phoned law enforcement when he saw a dog trapped inside a hot car. , “These days, most police departments will respond because there are laws in many places about leaving children or pets in hot cars,” he says

He notes that suburban Chicago (Glenview, IL) police appeared immediately when he recently observed a dog trapped in a hot car.

“They did take the case seriously. So, before breaking a window, call the local police or sheriff and see what their estimated time of arrival is, and ask if you should break the window. If they say ‘yes,’ the law is on your side and the response on the phone has been recorded. Sometimes it’s better to run an errand and simply not bring your pet with you.”

Hot cars aren’t the only threat for dogs to overheat. Just playing outside can be a problem as dogs can easily overheat and even suffer life threatening heat stroke. “Dogs will sometimes keep going just to please us,” says Rubin. “An adult needs to step in and say, ‘enough is a enough.”

Russak, who is in Berlin, CT, says if you go running with your dog and it’s hot outside, plan the jog early in the morning or after sundown, and always bring water (for yourself and for the dog).

Obviously, plastic kiddie pools are safe places to keep cool – even for dogs who don’t swim, if the water is less than a foot deep. Indeed, not all dogs can swim. And even expert swimmers can’t swim forever. Dogs who can’t find their way out of swimming pools can drown. There should also be easy access out of pool. Rubin adds that he’s a proponent of dogs wearing life jackets, just in case.

In very hot weather, it’s best to take dogs out for walks early in the morning or after dark, not only because the temperature is cooler, but also the concrete and especially the asphalt are easier to walk on. When it’s 85 degrees and sunny, midday asphalt can exceed 150 degrees. Of course, given a choice dogs will avoid walking on a surface that hot. However, we don’t always give dogs the choice – on a leash, there’s nowhere to go, so dogs “dance” on hot asphalt, potentially burning paw pads. “If that begins to happen, pick up a small dog; do what you can to get off the asphalt as soon as you can,” Russak says.

Another summer concern is dogs getting skunked. Here’s what to do:

Step #1: Get a clothespin – that’s for your nose.
Step #2: Scrub your pooch in a solution of one quart hydrogen peroxide, ¼ cup baking soda and one teaspoon liquid dish soap. Or instead simply use Fresh Wave Pet Shampoo and then skip steps 3 through 5.
Step #3: Rinse.
Step #4: Scrub the pet again – this time with a solution of half tomato juice and half water as needed.
Step #5: Rinse.
Step #6: Go to the movies while the odor subsides.