The World’s Most Expensive Doggy Stairs 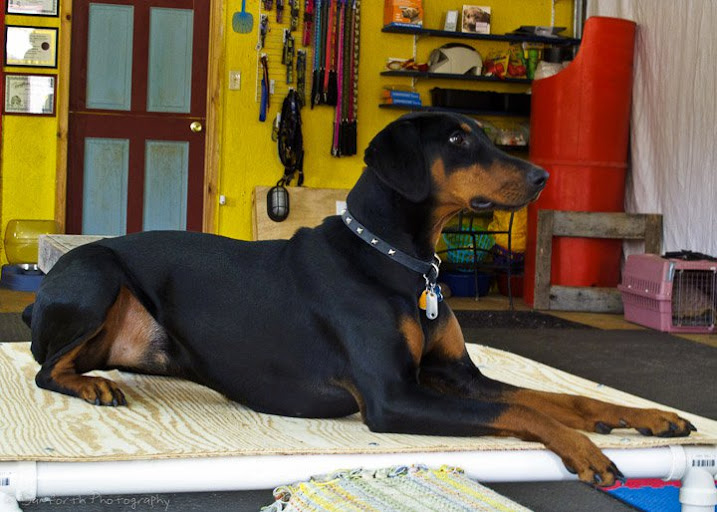 My Schnauzer puppy was doing all the things a puppy does, but mostly getting into mischief. I kept her physically and mentally active and she mastered most of the tasks we gave her. She’d learned how to “sit” and “lay”. She’d learned to ring a bell attached to the door to inform us that she needed to go outside to potty. She learned to “come” and “stay”. So, we thought we would step up the training since she was grasping everything so quickly. I wanted to teach her to climb the stairs and jump up to the couch. So, I purchased some doggy stairs for her.

The doggy stairs were very sturdy, carpeted and the top step aligned perfectly to the top of the couch cushion. I would place a small treat on each rung of the step to entice her to use each step on her way up to the couch and back down. She was grasping the concept very well right from the start.

I decided to place the steps against the couch so that my puppy could join my wife and me on the couch while we watched television. One evening, as I placed the stairs next to the couch, she came running toward the stairs more quickly than usual and as she reached the top step, she slipped off of the side of the stairs and fell to the carpeted floor. Thankfully, the stairs weren’t that high. Since the carpet is relatively thick, it shouldn’t have hurt her at all. However, when she fell, her back leg temporarily stayed on the top step while the rest of her body fell to the floor. She let out an excruciatingly loud yelp, followed by a series of cries and squeals. It was the kind of yell that pierces a puppy parent right through the heart. I ran over to pick her up from the floor and provide her comfort. However, I could see something was really wrong and thought, “Oh no, I’ve broken my puppy!”

I immediately took her to our vet that’s only five minutes down the road from our house. He examined my puppy and felt sure that it was a sprain and it should heal in a week or less. He gave us some pain medication and sent us on our way home.

The next day, she still wasn’t putting any pressure on her leg. So, we returned to our vet’s office for some x-rays. He said it may be a small fracture, but thought it may still be a bad sprain. Five days had passed, my puppy didn’t show any signs of improvement so, my vet referred us to an orthopedic specialist.

The specialist performed an exam on my puppy’s leg and took another set of x-rays. The specialist was able to take a digital x-ray of the leg and compared them to the original film x-ray. Since he dealt with issues like this all the time, it didn’t take him long to diagnose the situation. My little puppy had a hairline fracture slightly below her back left knee.

He outfitted her with a hard splint around her entire leg and we returned home. Since she seemed like she was still uncomfortable, I gave her some of her pain medication to help her rest. A few hours into a peaceful night’s sleep, she awakened and began to vomit. I tried six different times over a two hour period to doze off only to be awakened by her vomiting. So, I decided to head to the emergency animal hospital. The good news was the orthopedic specialist worked at the animal emergency center and they had all of my puppy’s records. The bad news, it was 3:00 AM and we were exhausted.

As we made our way to the animal emergency center, it was dark and very desolate on the roads. Our 25 minute journey to the emergency clinic took us down roads that were sparsely lit and we seemed to have the roads all to ourselves. Well, I should retract that statement. About half-way to the emergency center, we noticed a tan and black animal that was at the edge of the road and getting ready to cross. We slowed down to allow him to advance and to get a better look at him. I whispered to my wife, “I think that’s a coyote”. Since he was crossing from her side of the road, she had a better view of him. My wife smiled and stated, “Well, if that’s a coyote he must be well cared for because he’s wearing a red bandana”. The dog crossed in front of us, went toward his home, with his bright red bandana glowing in the night. I was so tired. I couldn’t tell a dog from a coyote!

They gave my puppy a shot for nausea and said she should be fine. They briefly checked her leg and the specialist said it would take a few weeks for the leg to heal. He felt confident, that since she was a puppy, the healing would be quick. We scheduled a follow-up appointment for three weeks out. In the meantime, the splint never slowed our puppy down. She would lift it slightly while running through the house. She would stand in a pirouette pose, making every ballerina envious. I joked that she looked like a pirate with a peg leg. My wife failed to see the humor!

Three weeks passed and we were all anxious to get positive news from the vet and have the splint removed. My wife and I waited anxiously in the lobby while they removed the splint and x-rayed her leg. The wait seemed to take forever and I gasped when I heard our puppy yelp from the back room in disapproval of the specialist examining her leg.

After a while, we were escorted into the exam room. The orthopedic specialist entered the room. From the look on his face I knew what he had to say wasn’t good news. He said that he was very surprised at what he saw in the x-ray because the fracture had not healed. He suggested putting the hard splint back on her leg and he’d examine it again in a month.

We managed for another four weeks without much incident. We survived the 20 family members who visited over the Thanksgiving holiday. We also survived placing a plastic baggie, that I called her “boot”, over the splint to keep it dry while outside.

Finally, the four additional weeks had passed and we were on our way to see the specialist for what we hoped would be the last time. I was confident that her leg had finally healed. The specialist took off the splint, x-rayed the leg and….IT WAS 100% HEALED! Whew! What a relief to all of us.

Eight weeks from the original incident, this ordeal was finally over. The $25 doggy stairs ended up costing us $499.53 (doggy stairs + vet bills).

In hindsight, picking up a four-pound puppy and placing her on the couch to watch television would’ve been so much easier.

One thought on “The World’s Most Expensive Doggy Stairs”