Home >> Positively Contributors >> The State of Positive Gun Dog Training: Who Will Take Up the Gauntlet?

The State of Positive Gun Dog Training: Who Will Take Up the Gauntlet? 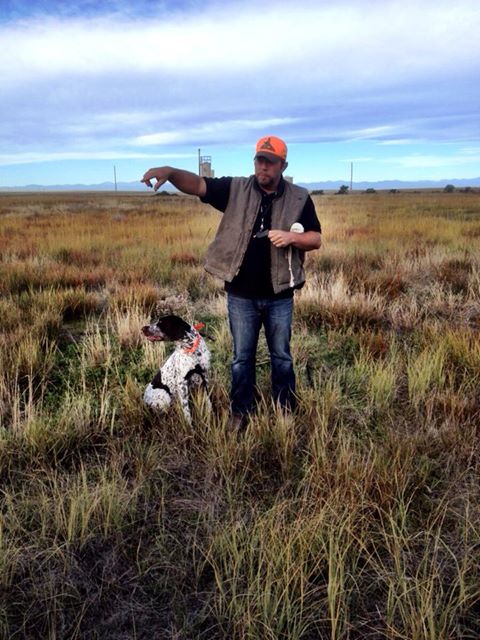 I remember reading a gun dog training book written in 1949 by a notable and successful American trainer. One chapter in the book was entitled “Spare the Rod,” and it explained numerous ways to discipline a disobedient dog. One place in that chapter talked about “cases where a very heavy strap is needed.” And another section suggested getting rid of a dog that can’t take a “walloping.”

Even in 1949, the forms of discipline used in the aforementioned book were considered very harsh by the public. In fact, one part in the referenced chapter admonishes the reader to administer heavy discipline in private to avoid being reported to the humane society or other organizations that might consider such harsh punishment abusive.

I know several traditional gun dog trainers, and (based on conversations I’ve had with them) they consider many of the punishments mentioned in that book to be excessive and abusive. I attribute their difference of opinion with the book’s author to two things: the advancement of our understanding of dogs and learning, and an overall shift in society’s perception of what constitutes the humane treatment of animals.

But while a shift is happening, we still have a long way to go in the gun dog niche, where the shock collars and forced fetching are ubiquitous.  While a number of other niches -- agility, competitive obedience, nosework and even protection work -- are making strides in proving positive training principles, gun dog training seems to be hanging tightly to the “good ol’ days.” But positive dog training in general is gaining mindshare, and the ripples are being felt in the gun dog world.

Just a few years ago, our company’s gun dog clients were people who accidentally stumbled upon our Positive Gun Dog Training Program and called us to find out what it was about. Now many of our clients are people who are familiar with positive dog training and are searching for a positive alternative for their new hunting dog. Positive trainers also are starting to see positive gun dog training as a niche with potential. I frequently get calls and emails from trainers wanting to shadow me in the field and learn what I do, and FetchMasters now gets requests both across the country and internationally for workshops and seminars. The gun dog niche is changing, slowly but surely.

Point #2: There is another way

Nobody can accurately say that traditional gun dog training does not work. Let’s be honest: It works amazingly and produces dogs that represent the absolute highest levels of attainment in the United States.

That said, it also would be inaccurate to say that traditional, aversive training is the only way. Positive training can produce a fine hunting dog, better the bond between the dog and owner, and reduce the risk of shutting a dog down emotionally or harming it. In fact, FetchMasters often works with dogs (usually softer ones) that have washed out of traditional programs because they were unable to “take it.”

As proof of the viability of positive gun dog training, I first would point out that dogs have been trained in the U.K. and elsewhere for gun dog work for quite a long time primarily by using positive reinforcement. Second, as other competitive dog training niches are beginning to recognize the benefit of becoming increasingly more positive, the notion that gun dog training is that one special niche that must depend primarily on aversives to gain reliability just does not add up.

The traditional gun dog training world is built upon a false philosophy. That philosophy ultimately states that the only way to ensure a dog will do what you want -- even when they don’t want to -- is if you exert force (or maintain the threat of force) upon the dog. It is false not because force can’t work, but because nothing is perfectly reliable, including force or the threat of it.

As a positive gun dog trainer, I can tell you with sincerity that you can train a decent retriever to dive into the most awful cover or the coldest water to retrieve a bumper or a bird, and you can train him to do it with style and technique -- all without using forced fetching. But I can also tell you that a positive gun dog can decide so strongly he doesn’t want to do something that even a T-bone steak cannot convince him. They are living, emotional creatures, just like the aforementioned traditionally-trained dog.

But, alas, we can talk all day. We can philosophize and argue and dredge up our personal experiences and anecdotes. But what will it take to push positive gun dog training into the mainstream? In the end, something much more convincing than philosophy or debate must happen: Those folks actually involved in the gun dog niche need to see proof that positive training can produce a great hunting companion.

There already are titles being earned by positively trained gun dogs, but they are difficult to find. This primarily is because positive gun dog training programs in the United States are vastly outnumbered by traditional, aversive training programs. To give you some perspective, I know of only about a dozen trainers who can correctly and completely train a positive gun dog in the United States, and the vast majority of them do very little volume. In contrast, there are many hundreds of accomplished traditional gun dog trainers in this country, and they have been actively testing their skills and proving their savvy in the niche for a long time.

I truly believe the only way for positive gun dog training to gain any kind of ground in this country is by developing good hunting dogs, strong hunt test results and some field trial champions. There are indeed positive trainers already making strides, but the numbers comparatively are very small. This must change, and it is fair for those who advocate traditional gun dog training to demand proof.

The question is: Who will take up the gauntlet?

FetchMasters in Denver, CO, offers a number of workshops and seminars. Of particular importance is their Three-Part Positive Gun Dog Trainer Series. It covers all aspects of upland gun dog training and provides a strong instructional and hands-on foundation, both for those wanting to train their own gun dog and for those wanting to expand their training practice into the positive gun dog niche.

More about Thomas More Articles from Thomas
JOIN THE CONVERSATION

2 thoughts on “The State of Positive Gun Dog Training: Who Will Take Up the Gauntlet?”