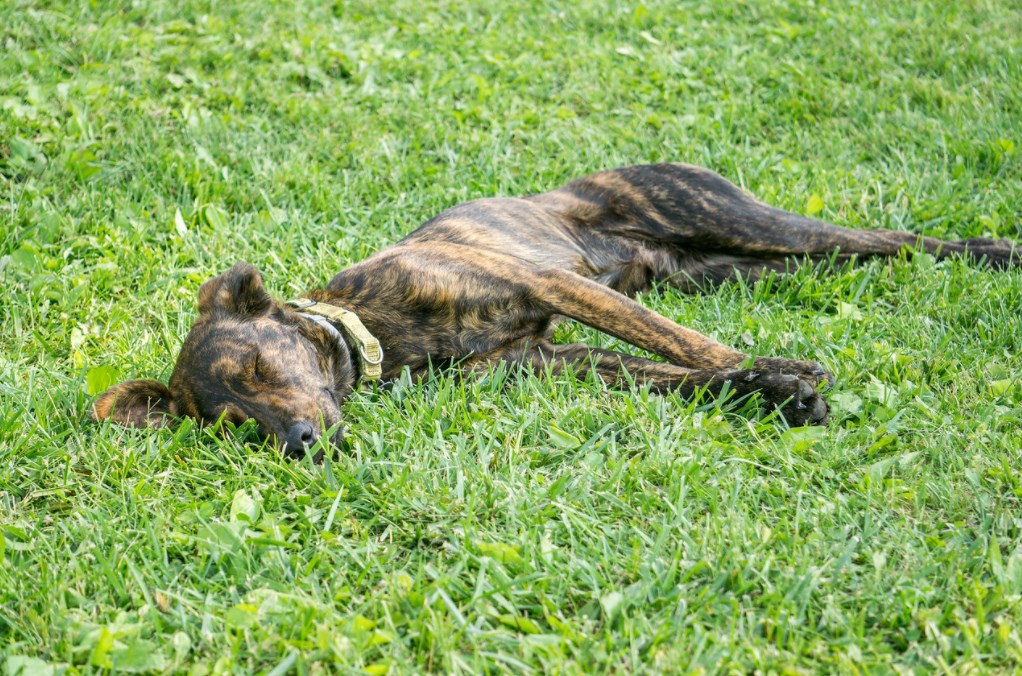 “Are the conditions in Puerto Rico as bad as we’ve heard and seen? Terrie Hayward, certified dog behavior consultant and dog trainer in Rincon doesn’t hesitate for a half a second. “Yes, it is – desperate.”

Prior to Hurricanes Maria and Irma impacted pummeling the island, life wasn’t easy, as residents were dealing with serious economic issues. And companion animals paid a price. Dogs may wander from rural town to town, or live on the beach, ravaged by mange and often malnourished. Cats generally fare better living on their own outside, but there are so many.

Prior to the storms hitting Hayward says, “Local rescues begged people who kept dogs tied up outdoors (an all too common practice in Puerto Rico) to at least untether them,”

Also, horses were let loose to deal the hurricane in open fields, viewed as begin far safer than being kept in a stall which no doubt would be destroyed. The strategy worked, and Hayward notes that as far as she can tell the horses in her community all survived.

Hayward says the situation on the island is now “desperate,” and the exact number animals require saving remains unknown. The local animal rescue she works with is ARF – Animal Rescue Foundation of Rincon. The woman who operates the group rode out the storm with lots of company, 21 animals in her home – and while they all survived, the rescue’s kennels were destroyed.

The good news is tragedy is providing an opportunity for many homeless animals to be delivered to major cities on the U.S. mainland for adoption.

Finding home on the mainland may offer a pet “reset” on the island, except that many fleeing the island now are leaving their animals behind. Well before the hurricanes, there’s has been a persistent and many years in the making pet over-population problem.

Spay/neuter doesn’t happen often. Money is only one stumbling block, says Hayward. “If you have just a little extra money, are you going to spend that on spay/neuter? People may want something for themselves or their children, or be unaware of the importance of spay/neuter or not have thought much about it because this is what they’ve always done.”

When veterinarians from the contiguous U.S. visit Puerto Rico to offer low cost or no cost spay/neuter, there’s push back from some local veterinarians who believe money is being taken from their pockets.

What’s more, in this very dedicated and religious place – birth control may not be practiced with mom and dad, so why in the world spay or neuter pets? Also, there’s the “macho thing” about leaving pets intact.

If dogs are trained at all, many trainers use aversive techniques. One reason why Hayward so much likes ARF – Animal Rescue Foundation of Rincon is that “They recognize, value and respect the value of positive reinforcement training,” she says They don’t just ship dogs out (to the mainland or adopt locally) who are terrified – they enlist Hayward’s help first. Of course, they will now require help more than ever. But like so many rescues or shelters who were brick and mortar, there is now nowhere for the animals.

Hayward and her husband survived, as did her two dogs and two cats. Her house is standing, but suffered damage. And she says she was one of the lucky ones.

“Conditions are horrible,” she says.

Hayward left the island for several reasons. For starters, as a speaker in demand, she had commitments to keep and wanted the rest of her family settled. “Getting out, particularly with four pets, wasn’t easy,” she says. Hayward is with family in New England. However, soon she’ll be back in Puerto Rico. “Definitely before I see snow,” she says. “We have a lovely home there. We love it. We aren’t going to leave. And we want to help.”