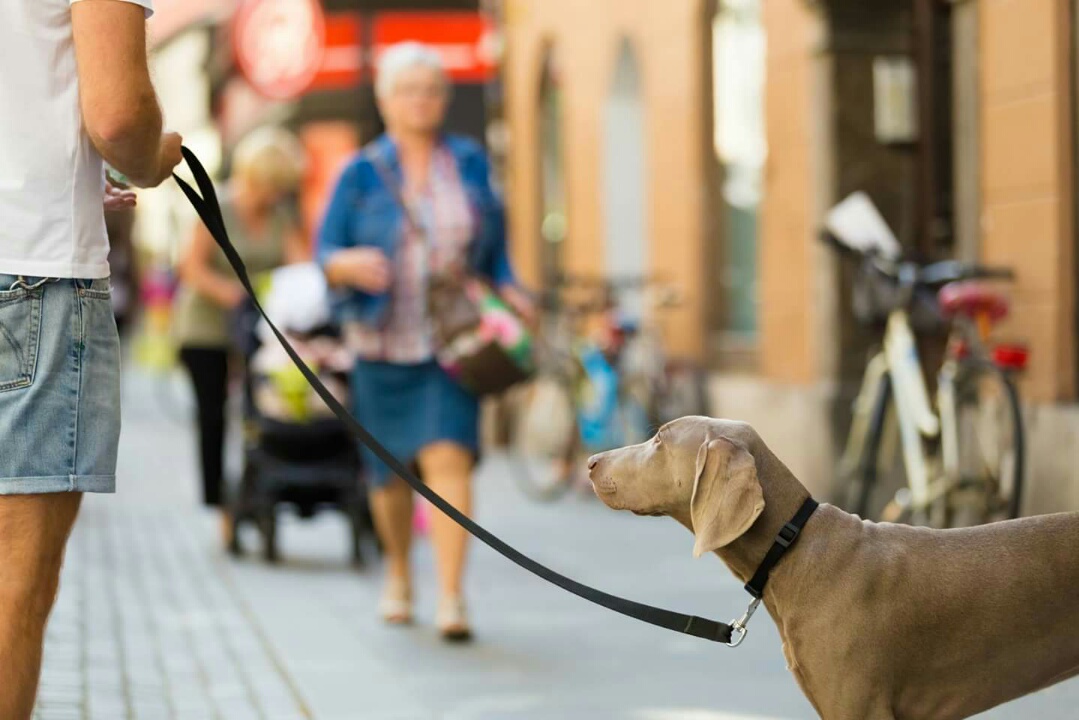 Civilization has contributed a great deal to our society as a whole, but it has also added a great deal of stress to our lives. Nowhere is that more evident than many beings living in a space built for few. This applies to all creatures, great and small. There are humans who are energized by living in a city environment. But with being human comes the privilege and the voice to choose the amount of physical and emotional interaction that one wants to engage in. Sadly, we humans don’t often allow dogs to have a say in how much they can choose to interact with other sentient beings. We force interactions onto them on a sometimes multiple times daily basis and then we are surprised when they object to this interaction.

On average, most dogs are somewhere on the introvert scale. Of course there are exceptions, with some breeds more prone to overt friendliness to everyone along with individual exceptions in any given group of dogs. But humans don’t expect to engage with every human that we see when out and about. This would cause our daily routine to be fraught with endless delays. Yet we often expect this of our dogs. And even when we as dog parents don’t expect this of our dogs, the public at large often does.

This public part of the equation creates problems in of itself. When introverted dogs are paired with introverted owners, said owners who are unsure of how to make the nice lady heading straight at her dog with a smile and an outstretched hand, stop in her tracks before the dog in question has a breakdown, the dog suffers the lack of protection. This scenario forces people out of their communication comfort zone and sadly, the dog is often the one who pays the price if the human doesn’t speak up in time. Incrementally or all at once, dogs start pro-actively protecting their safety. This manifests as what appears to be aggression or reactivity.

When this sort of thing is constant, the dog walks out of the door with an already defensive position, with the expectation of intrusion into his personal space imminent. How would a human in that position soon start to act? What if this occurred when you were at your most vulnerable, such as taking care of basic elimination needs? Would you be very tightly wound, potentially jumping at the slightest provocation, warranted or not?

It sounds like a precarious position to be in, yet this is life for many dogs on a daily basis. Humans take for granted their basic safety on a daily basis, yet we don’t give the same courtesy to so many dogs. Allowing dogs a say in how much interaction within their personal space that they want is a new concept to many. Yet it can be the difference between preventing a reactive dog or not. Safety is way up there in the hierarchy of needs for all living creatures. Without the security of having their personal space needs respected, the cortisol level of every living creature suffers greatly.

Stress can cause a plethora of problems. It is incumbent on any dog parent to place themselves in the position of being their dog’s safety caretaker. This is the first step towards both preventing and modifying reactive responses. How does one do this? There are a number of ways that this can be accomplished. First and foremost, don’t permit strangers to approach your dog. While interest in any dog is common, interest in the smaller breeds is often overwhelming with just about every person you see wanting to get right up in your dog’s personal space. Just imagine how frightening that is to a small dog, whose sheer small size places them at an already significant disadvantage.

Dogs have the same right to say no to social interaction as humans do. The prevalence of intrusions into the dog’s personal space as a youngster often creates the defensive behavior of the same dog once they reach the age of social maturity. I wish I had a dollar for everyone who told me that their dog “loved people” until they were about 8,9,10 months old. No, they didn’t. They tolerated them. Then they reached the age of comfort with their own voice and they spoke up.  Prevent that from happening by allowing your dog to show interest or not, at their own pace. Be their voice. You don’t have to explain anything. Just say, thanks but not now.

Another area of trauma involves not feeling safe while eliminating. Obviously, New York City dogs have much more to deal with than a condo or townhouse dwelling dog, but the more that you as a dog parent, make an effort to provide as much privacy as possible for pottying purposes, the safer your dog will feel. Use your own body to block them in if necessary.

You can also use body blocking to create safety when walking on busy streets. Perhaps your dog is frightened of cars and the street that you walk on has busy traffic. Then place yourself between the street and your dog. It’s often that easy to bring some level of comfort to a stressed dog. Or the opposite could be the problem, with the sheer number of pedestrians causing wide eyed stress. Then place your body between your dog and the more densely populated pedestrian traffic.

One of the kindest things that you can teach your dog to help them cope with the environmental stress is to sniff to relieve that stress. I call this behavior the act of your dog “using his cell phone”. Just like humans when they don’t want to engage with their environment, they can choose an activity that appears to make they look busy so they feel safe not being pro-active about how they feel. Notice when your dog notes things in his environment and then immediately sniffs. Verbally reward that activity.  This is not the venue for teaching this in detail, so my advice is to hire a qualified professional if your dog is well on his way to being proactive about stress in his environment.

One of the best ways to learn about how dogs would choose to interact with their environment is to learn about the BAT Method. You can find more about this at www.grishastewart.com. Click on BAT101.

Being your dog’s safety person not only increase the bond with your dog, but can go a long way towards preventing and modifying reactive responses. Be your dog’s voice!